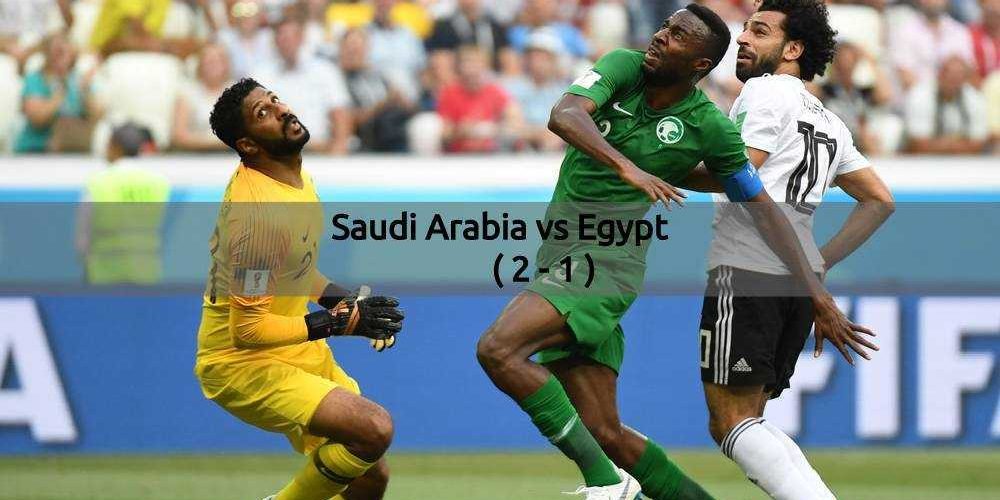 Egypt’s miserable World Cup 2018 campaign came to an end on Monday, as the team lost to Saudi Arabia by 1-2. The team stands last in the Group A table. Saudi ends the tournament with a consolation win.

The first goal of Saudi Arabia vs Egypt contest came by Salah, who wasn’t very keen on celebrating the goal on the field. The match had some exciting moments before the half, where the Saudi’s were able to get two penalty shots.

Fahad-Al-Muwallad missed the first penalty because of an amazing save by the 42-year-old Egypt keeper- El Hadary. The experts have appreciated Hadary for his impressive performance in FIFA World Cup 2018. Salman al-Faraj scored the next goal in the 45-minute for Saudi. The score was locked at 1-1, till the dying stages of the match. It was in the 95th minute when Dawsari took the goal tally to two for Saudi Arabia.

This is after more than 20 years that the Saudi Arabia team managed to win a World Cup match. It was indeed an enthralling performance by the Saudi Arabians who came out strong after a tough loss against Russia in their first match. With all the four teams in the group having played three games each, the picture for the last 16 has now become clear. It is the Russians and Uruguay who will be advancing to the next stage from Group A.

Uruguay has ended the group stage at the top of the table. Russia is positioned on the 2nd with 6 points while Saudi is trailing at 3rd with 3 points. Egypt, with no points in the bag, will be leaving the FIFA World Cup 2018 with nothing but disappointment. Both the table toppers, Uruguay and Russia, look ready to set the last 16 rounds on fire. Both the teams have shown good form, but do they have it in them to win the World Cup 2018? We find as the tournament advances.