France has managed to make it to the finals of FIFA World Cup 2018 by beating Belgium 1-0 on Tuesday. It is the third time that France has reached the finals of the tournament.

Samuel Umtiti was the lone scorer of the game played in Saint Petersburg. It was the 51st minute of France vs. Belgium clash when Umtiti scored off a corner with an impressive header. France has managed to beat one of the strongest sides of the tournament. The other finalists will be decided on Wednesday after the end of England vs. Croatia game.

The game started with Belgium all guns blazing. Despite trying hard for the whole first half, Belgium failed to score a goal. In the next half, France was able to sneak in a goal after converting a corner. Thomas Meunier’s absence in the match could clearly be seen, as Belgium attack looked weaker.

All the eyes will now be on Croatia and England who will be playing against each other on Wednesday. The game will take place on Luzhniki Stadium. With the current form in which England is, it will be tough for the Croatian team to pull off a win against them. The FIFA World Cup 2018 has even full of surprises and one can never be sure of the results. One thing is for certain, we will be having a cracker of a match in the second semi-final.

The finals will be played on 15 July inside the Luzhniki Stadium. In this exciting FIFA World Cup 2018, which has been full of upsets and amazing moments, the finals will decide the true champion. We will be covering the semi-final and finals in details. So, make sure to be connected with us as we bring you all the latest news, speculations and match reports from the FIFA World Cup 2018. 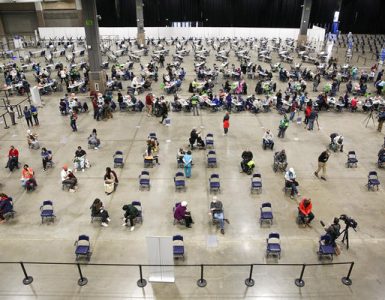