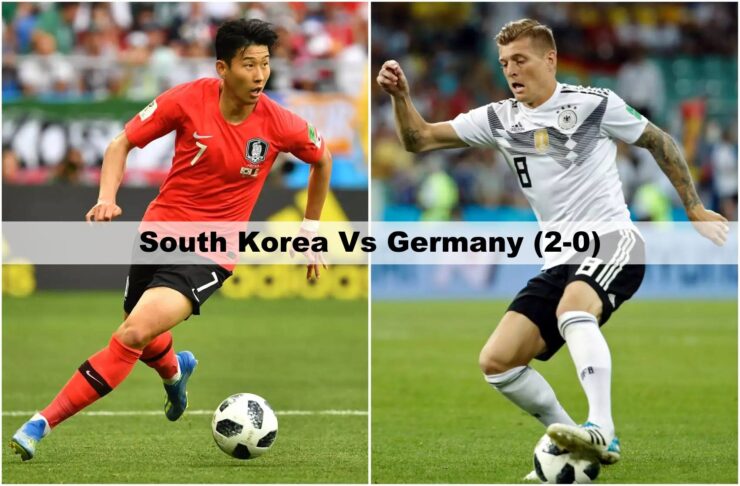 In a weak performance put up by the German team, the four-time World Cup Champions suffered a significant setback as they were knocked out of the World Cup 2018 on Wednesday. South Korea managed to keep the German team from scoring in the match and bagged a win scoring two goals.

The last-minute heroics of Kim Young-gwon and Son Heung-min brought disappointment to the last year champions who will be leaving Russia at the bottom of the table. Fans had been expecting a complete dominance of the German team in the tournament which didn’t happen. The team could not recover from the first loss in the World Cup where Mexico caused a major upset by beating the Germans with a 1-0 score.

The first goal of the match came in the added time after the second half. Kim Young-gwon was able to give his team the 1-0 lead after scoring a goal that the referee flagged as offside on the field, but the assistant referee ruled the decision in favor of the South Korean team.

The next goal came in the additional time itself too, as Son Heung-min managed to sneak past the goalkeeper and kick the ball in the net. The score was taken to 2-0, and South Korea was awarded a win as the Germans ended their miserable World Cup.

The German team is facing sharp criticism from the media back home. It has undoubtedly been a forgetful World Cup for the team who has not been knocked out of the tournament like this before.