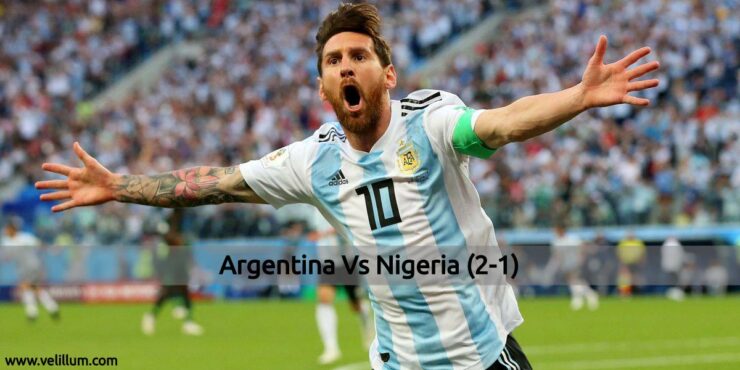 Argentina team managed to save their World Cup 2018 dream on Tuesday when they beat the Nigerians with a 2-1 win.

Starting as the tournament favorites, Argentines had a poor start to the FIFA World Cup 2018. First being stopped by Iceland on a 1-1 tie and then, a loss to Croatia with the 0-3 scoreline, the Argentina team looked down and out, but the match heroics of Marcos Rojo against gave them new hope.

The first match of the match came when Lionel Messi scored the 100th goal of the tournament. The Nigerians were able to score the equalizer after some time with Victor Moses converting a penalty into a goal after the half.

For the rest of the match, Nigeria kept defending every charge of the Argentina team until the 95th minute when Marcos Rojo, an unlikely hero, gave the team much-needed goal.

The win for the Argentines meant that they would be moving to the next round alongside Croatia. Nigeria looked almost sure to knock the Argentina team out of the tournament, but the win secured them a place in the round of 16.

The Group D had some of the best performances in the tournament. With Croatia and Argentina making it to the round of 16, the competition promises to become more interesting. Argentina’s performance will be worth noticing as one could see what it meant to them after Argentina vs. Nigeria contest in their over-animated reactions of the players and Maradona.

The others teams that have qualified to the next round till now are France, Denmark, Russia, Uruguay, Spain, and Portugal. The rest of the eight teams will soon be decided with the matches to be played on Wednesday and Thursday. It will be the teams in the Group E, Group F, Group G and Group H, who will be fighting it off to make a place in the final 16.