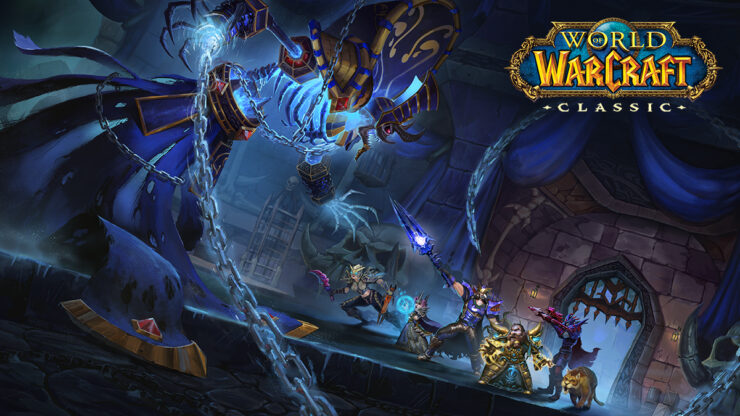 Home » Which World of Warcraft Raid is Easiest for Beginners?
Gaming

Over the years, WOW has attracted the attention of millions across the world. Only one fact will tell you all you need to know about its popularity. More than a million gamers are active on servers every day. When you think about that, it may look like too much for a game. Still, when you know what can WOW offer you will not be surprised by its popularity. With every installment in the franchise, we get something new.

So, you can see that this title exceeds in practically all the fields, which cannot be said about a vast majority of similar titles. One of the most popular types of content you will come across is raids. It needs to be said that they haven’t been a part of the first installment. Still, these have managed to become popular among players for a wide array of different reasons.

Nowadays, there are more of them than we can count. Not all of them are of the same difficulty. Therefore, beginners will have a chance to participate in easier ones before their character is strong enough to overcome even the toughest challenges out there. Now, we would like to provide you with a list of the easiest raids you can participate in WOW.

The raid we would like to start this list of ours is called Karazhan. Even though we are not talking just about beating weaker enemies and collecting experience and basic items, it doesn’t represent too much of a challenge, even for beginners. Thankfully, you will see that the requirements for participating in this raid will not require too many players. You can start it just by having ten companions to help you with it.

Not only that, but it also becomes available for players after they reach level 70. But, do not make the mistake of believing that you can finish this one easily. In fact, you need to prepare yourself for at least two hours of playing. During this journey, the character you play with will have a chance to gather a lot of items that can serve as a great foundation for future journeys. Be sure not to miss out on this one.

According to a vast majority of players, “Throne of Thunder” is among the most popular raids out there. It became a part of the game back when the “Mists of Pandaria” expansion pack was released. At that time, overcoming all the challenges this raid throws at you was a pretty hard thing to do. Thankfully, we can see that it can be done much easier these days due to the number of updates the game has got.

You will not need to invest too much effort into completing it, and you can expect some great rewards. Besides all the gear you can come across, the amount of gold you can get is pretty impressive, especially when you compare it to other raids out there. The difficulty of this raid depends on how strong the character is. So, be sure to come prepared, and you will not face any challenges whatsoever.

We can all agree with the fact that the Battle for Azeroth wasn’t among the most popular expansions. Still, it cannot be said that it didn’t have a great impact on the future ones, especially when we’re talking about level design. One of the highlights of this expansion pack was the raid called “Battle for Dazar’alor”. Besides great design, it is one of the best-known raids out of all of them.

At the same time, it is easily one of the easiest raids for beginners to take part in. What is special about this one is that both factions take participation in it. The interesting thing is that the Alliance attacks the stronghold, and the Horde is defending. Both sides will face against bosses. The first side that takes care of them will win the raid. Not to mention that a lot of useful items can be found during this raid.

The zones where you will come across Blood Elves are usually associated with the lower levels. Still, there is one place where the players will face a lot of them, called “Zul-Aman”. Getting through all the enemies out there will not be too hard, even if the character you control is not on a higher level. There’s even an interesting story to this place. It revolves around the battle between Blood Elves and Trolls.

Besides that, you’ll see that the setting is pretty interesting. You’ll have the city of Zul-Aman to go through, with a special focus on the temple inside it. One of the indicators that this is not as challenging as some other segments of the game is that the players will not need to go through the attunement process. We feel that heroes who are at the 70 levels will not have any problems with it at all.

Last but not least, we want to talk about a raid called “Ice Crown Citadel”. Those who are familiar with the franchise will immediately understand what part of the universe we’re talking about. To be able to participate in this raid, the players will need to invest months of game time. But when you reach it, you will see that it was worth it. The ultimate goal is to beat the Lich King.

We are talking about a battle that will not be as easy as fighting the enemies you need to come through before reaching the final boss. Since the plotline is one of the most interesting ones out there, it remains one of the best raids in the franchise. So, there is no reason why you shouldn’t participate in it. If it gets too challenging for you, you can always purchase boost, which can be found at https://buy-boost.com/wow/wow-raid-boost.

Participating in raids is not a walk in the park if the player is not prepared for it. Fortunately, there are a couple of these that are not as hard. Here, you can check the easiest WOW raids beginners can participate in and prepare themselves for more challenging ones. If we were to choose the easiest one, we would say Karazhan.