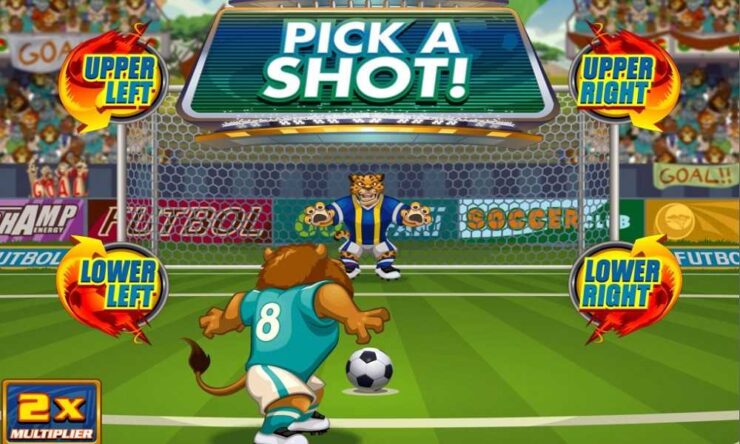 Whether or not you are familiar with the actual game of cricket, Cricket Star is a fun slot game! The slot machine features five reels and 243 different ways to win. Forming matching symbols on adjacent reels is all that is needed to win. Once you win one round, it becomes even more likely for you to win big.

Basketball Star is another slot game with five reels and 243 ways to win. The game’s graphics are excellent, with a basketball arena in the backdrop. Players receive up to 25 extra spins and an increasing multiplier, which is capped at 10 times the stake. With the Wild Shot feature, up to two reels are turned wild to provide players with a guaranteed win.

This slot game is based on the Euro 2016 tournament. Players have 20 paylines to place their stakes on and five different reels for game symbols. There is also a Penalty Shootout feature that activates when players receive at least three random bonus symbols on the reels. You then have five different rounds of picking and clicking, with each round split into two parts. The extra spins feature is activated once a player receives at least three scatter symbols, allowing players to play the Extra Spins Tournament.

This slots game is based on the day in 1997 when horse racer Frankie Dettori rode seven winners at Ascot and won all seven. In this game, players have the opportunity to win up to 7,777 times their wagered amount if they receive five Frankie symbols on a payline. This means that a player has the chance to win up to 194,425 times their bet during the game itself. The Extra Spins feature is activated when players land three or more scatter symbols on the reels. Each player must choose one horse. The winning player receives 35 extra spins, while the first and second runners up get 15 and 10 extra spins, respectively.

The Break Away slots game, based on ice hockey, features five reels and 243 ways to win. Players need to get at least five Flaming Pucks in order to activate the 125,000-coin jackpot. There is also a Random Smashing Wild feature that enables the logo to appear on the middle reels as a stacked wild. With the Rolling Reels features, new symbols appear on the reels after a winning combo.

This game is based on another horse racing champion, Peter Scudamore. In this, players have five rules and 20 paylines that can increase to 32 if Peter’s Classic Up feature is activated. Players can win up to 5,000 times their wager amount when their horse wins the race.

The FIFA 2010 World Cup in South Africa is one of the most memorable tournaments in the tournament’s history. Soccer Safari is based on the 2010 World Cup and features five reels and 30 paylines. The Extra Spins round allows players to earn five free spins. Players can also take shots at the goal, and each score earns you a multiplier.

This is another great slot game for football fans, as it allows you to become the manager and choose your own dream team. The game features five reels and 25 paylines, as well as a Reveal a Star Free Spins feature, giving players five extra spins. This feature activates when players land on the three central reels.

During this rugby-themed slots game, players get five reels and 243 ways to win. The Rolling Reels feature enables new symbols to replace old symbols that formed a winning combo. And with the Wild Pass feature, up to two reels can turn wild for guaranteed wins.

With three reels and five paylines, this slots game features comedy, animation and soccer. The Action Replay feature activates when two full stacks appear on the reels, while the Penalty Shootout feature allows you to save penalties and multiply your winnings by up to 10 times.

While looking for online casinos in India or free casino games that you can download on your mobile phone, ensure that you have checked out their reviews online at authentic casino gaming review portals.