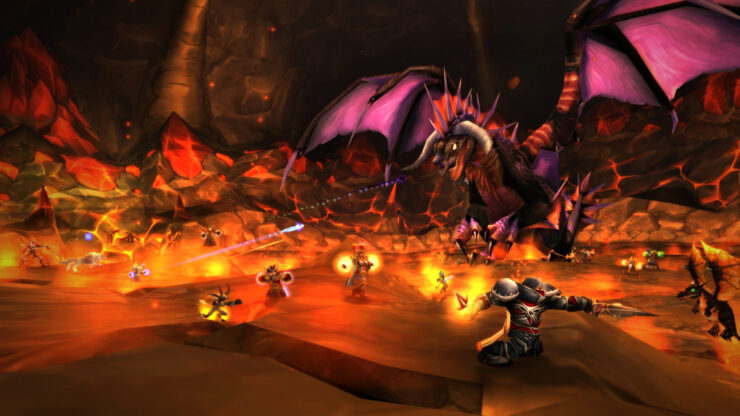 Should You Avoid PVP While Leveling in WoW – Guide 2023

In Wow, Player Versus Player (PvP) refers to a conflict that arises between many human players of any type. This type is different from the other i.e.Player Vs Environment (PvE) that includes human players competing against digital enemies or components of the game. Players can gain points by taking part in battlegrounds. Level 10 marks the beginning of the first battleground.

Kinds Of PvP In Wow

• In World of Warcraft, there are many kinds of PvP. These are:-
• Duel players- Players can either accept or deny a duel. They often choose the circumstances about when to duel. Dueling provides victory to players.
• Battlegrounds- When those who play the game come together, they should row themselves in battlegrounds. It mandates just play and provides many participation rewards.
• PvP zones- In order to make the players acquire rewards, these zones occur regularly and are specific to a realm.
• Arenas- The Arena play does not take into consideration the objectives but mainly focuses on PvP conflict. This makes PvP- directed games more beneficial.
• War games- For starting the game, equal teams are not required but can be played with someone of a comparable group. They are sources of recreation and training as well.

World PvP- It refers to an instant PvP clash of one or more players with others in the normal game world. It occurs when both of the players are implied for PvP which was common in its realm.

Reasons For Using PvP While Leveling In Wow

• Thrill And Fun Delivering:
Some of the game players like exhilaration and adventure are involved in PvP and they believe PvE is the one having low difficulty.
• More Realism:
It brings more realism in-game, forbidding other players to strike you which shows fair gameplay.
• More Authentic:
The source of the game is in the WoW series of real-time strategy games having constant danger from your enemies. If you are in a PvP realm for a while and then go PvE, it feels a little like cheating.
• Company Of Family and Friends:
In WoW, if all the friends and family choose to come into a PvP realm, it’s hard to be alone playing in the PvE realm and miss out on so much group fun.
• Attain Experiences:
It’s very beneficial for progressive experiences from many activities like getting kills to capturing the flags and also the main source of experience is from winning the game.

Reasons To Avoid PVP During Leveling In Wow

• More Time-Consuming-
Having realized the limited playtime, it is not recommendable to play in PVP realms. A beginner with no option left has to spend days finding experienced partners in PvP. But in order to level up, you need accomplished players to play with.
• Risk of Playing With Lowrated Noobs-
Even after spending so much playtime, a beginner may land up playing with low-level PvP players.
• Excess of Destructive Actions-
Corpse camping, griefing, and ganking can occur more frequently on PvP realms. Also, there are many experienced players who employ these ruining methods and behaviors without a good reason.
• Lower Rating Of Beginners-
The majority of the noobs have lower ratings and unless they have higher ratings, no experienced player wants to get in with them.
• More Tough And Stressful-
Some players are of the opinion that playing in no danger of casual players’ conflict is more relieving. PvP is tough, probably even harder than raiding.

Points to Remember In PvP During Leveling In Wow

Things to be taken care of and to be planned for upgrading efficiently in PvP realm:

1. Learning Received At The Climax Of The Game –
This means that one gains experience once the game ends and not in between. This fact is essential to remember because only the skills and kind of weapon which the player gains at the end of the game, will help to gain an understanding and help to level up in Wow.
2. Players Are Corresponded By Degree And Rates-
Players who frequently win matches will correspond against the counterparts with the same win rates and the ones being inexperienced will be faced with identical players. This knowledge helps to play often without being baffled.
3. If An Experienced Player Strikes You Then:
• No need to move away but only be there and get ready to face death.
• No need to attach emotionally to the game. They always try to find these players.
• We should not be concerned about chat windows as grumbling and asking for help is much more of deceleration than being dragged through distractions and getting killed many times.
4. If An Inexperienced Player Strikes You Then:
• No need to gank the other performer. Just give them a way and make this thing evident to them by giving them any indication etc. This way they would understand that you are giving an endorsement to them.
• Do Let the other player win. When they strike you, fight back but do not slay them. They are generally appeased with their win and they want to go back to leveling too.
5. Help From Various Sources-
A great advantage of using WoW is that it provides you with a number of websites and sources of assistance regarding the game. If you need aid of a booster to upgrade in the Wow arena rating, and other PvP services with best team players at cheap prices, visit https://buy-boost.com/wow/wow-pvp

Having understood the pros and cons of PvP while leveling in Wow, would help us to avoid or use PvP while leveling depending on the situation. It is very important to keep in mind the tips and basic tactics that can make your play productive. One can use the above techniques not to get de-stress in the PvP realm but stride on with time and keep playing at a better win rate. So now it’s time to upgrade and upgrade in Wow arena using PvP. All the best!