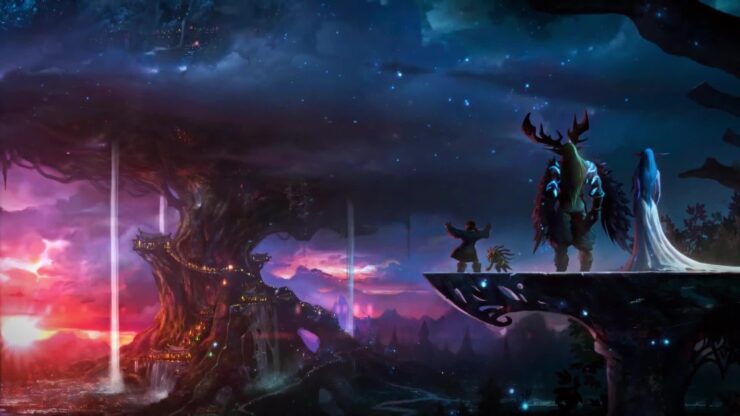 Home » How to significantly increase your RBG playing skills?
Gaming

When it comes to World of Warcraft, it’s all about completing quests, gathering materials, farming, and more. The RBG mode, on the other hand, is less predictable because you will be competing against other people. The battleground is the most common model of this concept in World of Warcraft.

The key characteristic of PvP mode is that it is far more difficult to master. The main benefits of improving in this mode are that you will earn more gold, get more honor points, and have a better chance of obtaining more powerful gear. It will also supply you with a great deal of entertainment.

It can be intimidating to enter a Rated Battleground (or even a Random Battleground), but knowing the basics can help. Before engaging in a match, all participants should be informed of the following general guidelines.

1. Get Knowledge About RBG

To be an effective PVP player, you must have a thorough understanding of the game and its mechanics. For example, you’ll need to know what abilities and skills your opponent have, how long those abilities’ cooldowns are, whether their PVP trinket is active, and so on. If you don’t know everything, there is to know about your opponent, and you won’t be a good player. When playing Rated Battlegrounds, you must know how well the opponent team’s classes are synced. In RBGs, having a good strategy and communicating with the rest of your team is really vital.

Many people approach PVP in a random manner, but knowing some of the game’s possibilities is something you should do. It will significantly improve your game. Make sure that the display enemy cast bar is turned on on the gameplay options screen. You’ll be able to see what spell your targeted enemy is about to perform by doing so. And while you’re waiting to be resurrected at the cemetery, make sure to check your combat log to see what kind of damage you took throughout the melee. This will assist you in determining the best armor, weapons, rings, and trinkets for you.

Players can go to their bodies and resurrect there, circumventing the graveyard’s predefined 25-second timer and returning to a node or team fight far sooner than planned if insignias/players’ bodies are not looted.

When an opposing team is attempting to seize a base, this can prevent a team from totally wiping them out. The graveyard at Blacksmith on Arathi Basin, for example, is situated quite close to the flag, allowing dead players to readily return to their bodies and spin the flag for prolonged periods of time.

If a player from an opposing team resurrects near a base, they were previously attempting to conquer, and it could be risky because they are in a strong position to attempt to take the base again. This is important because if the trinket or cooldowns were utilized on the first attempt, the person defending would not have had enough time to prepare them again.

Base sitters should always use BGE to keep track of the enemy team and figure out if someone is missing from a team battle, if there are more individuals in stealth than usual, or if the enemy team ghosts a base.

Players may not need to send several people to a base in low MMR RBGs because the opposition team may either ignore the base or send a small number of people. The sooner this is recognized, the better teams will be able to adjust their strategy and send personnel to sites that require additional assistance. Leaders can allocate players more effectively if they keep watching on the enemy team.

Let’s move on to keybindings. World of Warcraft is a game in which each player has a vast array of talents and abilities at their disposal. If you want to be a competent PVP player, you need to know how to utilize each one appropriately and in what order. This is referred to as a rotation. Your keybinds play a big role in having a solid rotation.

Players have been known to engage a boosting service to help them obtain equipment. A WoW boost will grant the player who uses the service all of the rewards and level gear that would otherwise be earned by successfully finishing the dungeon on their own. Visit https://buy-boost.com/wow/wow-rbg to know more.

Starting to play with the same group of individuals on a regular basis is one of the best ways to develop your skills. Form a team with your pals or join a guild if you have a regular group of mates who play. You can use the Guilds and Communities menu in-game to find others of a similar skill level who are also seeking for a team. You probably won’t be dominating the battleground right away, but as you play together more frequently, you’ll get better.

In World of Warcraft, player against player action is fast and fierce. It’s also the only method to obtain some of the game’s best armor and weaponry. By being cool, properly setting up your toolbar, and utilizing the game’s resources, you can dramatically boost your speed in obtaining these things.