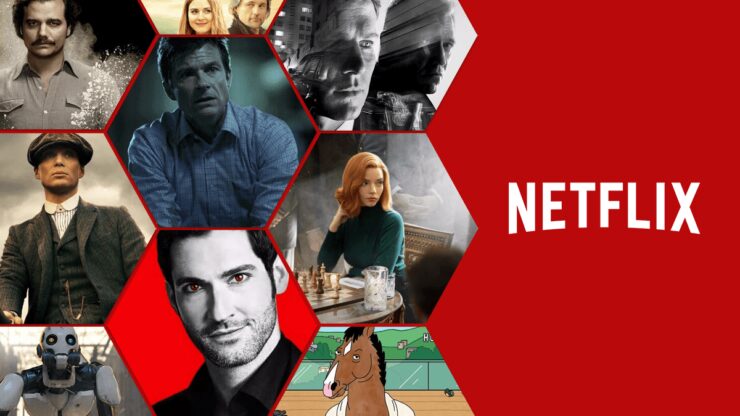 Netflix is the world’s largest on-demand video provider, with 167 million paying members worldwide. Netflix disrupted the television industry and caused cable providers to rethink the way they do business by generating engaging original shows, analysing user data to better serve customers, and, most importantly, allowing consumers to watch content in the ways they choose. You can watch a lot of family-friendly Netflix series without spending a lot of money.

Despite new businesses like Disney+ entering the on-demand streaming game, Netflix has dominated the sector. With 100,000 great originals and some of the best TV series and movies, Netflix’s on-demand collection has the most content. Netflix is primarily a storehouse of content, encompassing both pre-existing and original movies, documentaries, and television series. Subscribers can watch any show on whatever device they choose at any time for a fixed monthly price.

What Makes Netflix So Popular?

Netflix has been producing and releasing a lot of original and exclusive content. Netflix’s popularity is primarily because of its approach of releasing new series. Typically, the platform distributes full seasons at once. That means you don’t have to watch a single episode every week, but you can watch the entire season in one session. This is something that many viewers like, and it appears to be a better technique than the other.

Though Netflix subscription is on a higher side, it has various plans suiting everyone’s needs. With plans starting at Rs. 199 per month, and going all the way to 899/month, depending on the number of screens, you can choose the best plan for your needs. You can also get additional cashback by browsing through amazing Netflix discount coupons. Thousands of hours of content, including movies and TV episodes, are included in the fee. Netflix will go beyond the online mode- allowing you to download most of the content so you can watch it when you’re not connected to the internet.

Netflix is a cross-platform app, meaning you can watch it on nearly any device that has an internet connection. On a smart TV, you can watch your favourite shows easily, or if your TV is older, you may use Chromecast. Use the app to keep watching and passing the time if you’re on the go. When you come home, get on your computer and start watching your favourite shows. It has a user-friendly software. The platform will suggest similar content based on what you’ve already seen, making it simple to locate new content.

Netflix Is More Than a TV Series

While Netflix is best known for its feature films and television programmes, it actually has a lot more to offer. You might be amazed with the level of specialised content that is available on the platform. This content is what will keep you coming back to the app. Netflix is known for its real crime documentaries, which have become a mainstay of the streaming site. Netflix often adds comedy specials to its library, while innovative reality series often become viral sensations.

You Won’t See Ads on Netflix

You don’t have to suffer through 30 seconds of cringe-inducing advertising like you do on Hulu or YouTube with Netflix. There are no ad breaks in the middle which may interrupt your experience.

Easy To Search through Netflix

Netflix makes it simpler to browse topics, with the homepage split into a series of prominent categories that you may expand to learn more about. Without exiting the Netflix homepage, you can hover over shows to see trailers and expand the preview to obtain more information.

Let’s dig into the most-awaited upcoming Netflix series that are releasing in 2022.

It is an exclusive Israeli-American action, thriller, mystery, and criminal latest Netflix web series that will be available in Hindi and English. The movie follows the life of a happily married guy that takes an unexpected turn after his wife is killed in a mystery hit-and-run accident. Inferring that his wife was murdered, he resolves to investigate and bring the culprits to justice himself.

The upcoming online Netflix web series Navarasa is an Indian Tamil language anthology web series directed by Mani Ratnam and will be released in both Hindi and Tamil. It will be the second-largest budget Tamil original web series from Netflix, marking another milestone for the Tamil entertainment sector. Nine stand-alone episodes stories inspired by the atheistic Indian idea of Navaarasas will be shown to the audience. Essentially, these nine episodes will reflect Indian theory’s emotions or rasas, such as anger, love, fear, joy, peacefulness, and so on.

Brand New Cherry is a Netflix original American horror, thriller, and revenge series that is slated to premiere in August with a bang. It will feature a total of eight episodes. It’s the journey of Lisa, a Hollywood filmmaker whose main ambition is to produce a film on her own, but who gets betrayed by the person she trusts. Her world is consumed by terrifying dreams and hallucinations of zombies, strange cats, murdering men, and so on. She is now interested in learning about the secrets from her own history. The narrative appears to be highly intriguing, and the viewer can anticipate being taken on a suspenseful roller coaster journey.

The show became a television classic, causing you to cry tears of pleasure and laughter one after the other. Most importantly, the show’s major protagonists, Asa Butterfield’s Otis Milburn and Emma Mackey’s Maeve Wiley, were unable to find a resolution to their romantic storyline.

Netflix has confirmed that the last season of Money Heist (La Casa de Papel), a popular Spanish-language drama, would be released in two parts, each with five episodes, on September 3 and December 3, respectively. Money Heist is a Spanish heist crime drama television series created by Alex Pina. The series follows the Professor (Alvaro Morte) as he leads two long-planned heists, one on the Royal Mint of Spain and the other on the Bank of Spain. In the lead roles are Ursula Corberó, Alvaro Morte, and Itziar Ituno.

The Devil, Lucifer Morningstar, played by Tom Ellis, flees Hell for Los Angeles, where he operates his own nightclub called LUX and teams up with Lauren German’s Detective Chloe Decker to consult with the LA Police Department. Lucifer saw a lot of changes in the previous season, as well as a redemption from his banishment from Heaven. Rachael Harris, DB Woodside, Lesley-Ann Brandt, Aimee Garcia, Tricia Helfer, Scarlett Estevez, and Kevin Alejandro are among the cast members of Lucifer. Jerry Bruckheimer Television, DC Entertainment, and Warner Bros are the producers of the show.

Super excited to watch these shows? So, get your Netflix subscription and add these to your watch list. Till then, Netflix also has a plethora of other shows with amazing storylines. So, get done with your work and start binge-watching your favourite shows.