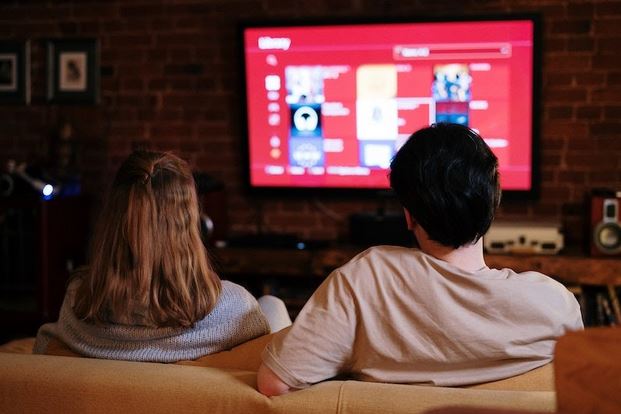 Best Miniseries to Binge-Watch on Netflix

Are you still in search of a miniseries for the weekend that doesn’t have ten seasons and that you can binge-watch in one day? Or do you feel like you’ve seen all the shows on Netflix? Well, you’ve definitely come to the right place to look for them. If, like us, you are always on the lookout for new series on the American streaming provider’s platform, now is the time to dive into the world of miniseries. This article highlights the best five miniseries on Netflix.

Just like a movie, only longer—miniseries consists of a few episodes that tell a completed plot, unlike shows like Grey’s Anatomy or The Bachelor, which have well over fifteen seasons and are therefore a large investment of time,

After the eight-part crime drama, The Night Of, which came out in 2016,  and The Ladies Gambit at the latest, all streaming enthusiasts have discovered the short series’s potential. The best thing about the format is that you can binge-watch the stories within a day and experience the perfect afternoon or evening on TV. Read on to discover Netflix hits that you certainly haven’t had on the screen.

5 Trending Miniseries to Binge-Watch on Netflix

This exciting series was released in 2019. It is based on actual events and is therefore emotionally not for the faint of heart. The story is about five teenagers who were suspected of raping a 28-year-old jogger. When They See Us covers the trial and wrongful conviction despite incomplete evidence.

The main question raised within four episodes is how many injustices happen each day in the American legal system. At the end of the season, you will be knocked off the edge of your stool again.

As the title suggests, this series is going to be crazy. Because Annie, aka Emma Stone and Owen, who Jonah Hill plays, take us into the depths of the human psyche. Both are taking part in a pharmaceutical study that promises to dissolve the trauma they have experienced with the help of three small pills and a computer.

But of course, not everything goes according to plan, and Annie and Owen begin to experience the dream states they put into for the test together. The ten episodes, which last between 30 and 45, are an absolute must-watch.

If you’re a fan of absolute fashion and love gripping thrillers, you’re going to love this Netflix miniseries. The first nine episodes break down the murder of designer Gianni Versace. You get to know his murderer Andrew Cunanan and follow how he took the life of the founder of the fashion label Versace and what led to the brutal act. Penelope Cruz played Donatella, which makes the cast speaks volumes. A little warning: This series is not for the faint of heart.

Within six episodes, which are approximately 45 minutes long, it is about the maid Grace, who was sentenced to life imprisonment at age 15. It was believed that she had killed her employer and his housekeeper. Years later, a psychologist who firmly believes in her innocence visits her and tries to negotiate a pardon by writing a retrospective report.

But the question now is, is she really innocent, or is there blood on her hands? If you like true-crime drama, you should probably grab the remote control as soon as possible. The beautifully crafted miniseries is also based on the novel Alias Grace by Margaret Artwood.

5. Self Made: The Life of Madam CJ Walker

If you have around four hours to spare, you should definitely treat yourself to this series full of girl power. This beautifully made biographical drama miniseries follows the rise of the first American self-made millionaire, Madam CJ Walker, who begins to launch her own haircare line. She has a lot of competition and first has to assert herself in a world dominated by men. We think it’s a really inspiring story, that is why you should spare time to watch it.