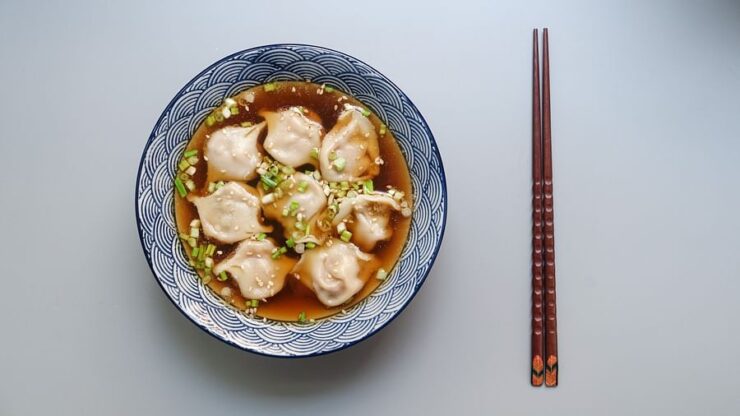 There is no one in the world who doesn’t know or doesn’t like to eat dumplings. There are very few delicious and varied foods like this. By dumplings we mean Chinese purvara ball-shaped food but it has many names, forms and tastes. There are dumplings in the cuisine of almost every country in the world. Even in our country! What, are you surprised to hear? Our favorite puli and steamed cake is a kind of dumpling. Today is September 26, World Dumpling Day. Let’s find out today the history of this delicious food.

Dumplings are small lumps of soft flour with salty or sweet filling inside. Some dumplings, however, contain nothing. Generally, it is cooked in three ways — fried, steamed, and boiled. Due to these features, various types of dumplings can be seen. There is disagreement as to which of these is ‘correct’ and which is ‘wrong’.
The birthplace of dumplings is China. A physician named Zhang Zhangjing lived in the Han Dynasty. He is called the inventor of dumplings. Legend has it that the royal physician Zhang Zhangjing returned to his village after retirement.

There was a lot of winter that year, and many people were suffering from various cold-related problems. Zhangjing then mixes the minced meat with the pepper and some herbs to make pur and boil the pur in the flour. Boiled in this steam, the soft fluffy ‘medicine’ helped them counteract the ill effects of the icy weather. This is how dumplings were discovered. It is said that Zhangjing distributes this food to everyone on the first day of the Chinese New Year. From then on, on the first day of the year, the Chinese started eating dumplings.

Each state in Greater China has its own dumplings. The Chinese make dumplings with different types of pur and each pur has a different meaning. Such as gossip for good fortune, beef for a happy life and mushroom and fish for wealth.

The recipe is found in an ancient Roman cookbook in Episcus. The word “dumpling” was first used in the 18th century, in an English book. Although dumplings originated as a Zhangjing cold medicine, in many countries it was made for different reasons to preserve meat and to use surplus grains.

As I said before, there are all kinds of dumplings available in China. Sing the rate in it. It is made with shrimp. Dumplings called Shu Mai are made with minced shrimp and pork. To garnish it, orange crab eggs are given on top. Xiao Ji is found in northern China. It is served with vinegar and sauce.

It is further divided into three parts based on the method of cooking, size and pur. Inside the Shui Xiao or crescent-shaped থাকে are minced pork and napa cabbage. It is made by boiling in water. Guo T7 is called Xian Xiao. This pan-fried dumpling has Chinese chives with pork mince. Zheng Xiao is small and transparent in size. Inside are shrimp fillets. The most popular of these Chinese dumplings is Xiao Long Bao. This is a very varied type of soup dumpling. It was born in Shanghai. It is fairly large in size and has a solid gelatin-like broth inside. It freezes at room temperature. The soup melts in the heat.

Gioza Japanese dumplings, which have many similarities to Chinese Gio T dumplings. It is pan-fried, pureed with minced pork and cabbage. It is served as an appetizer in Ramen and Izakaya restaurants, accompanied by soy sauce and vinegar-mixed dipping sauce.

Dumplings of various flavorsThe name of the Korean dumpling is Mandu. There are four types – fried, boiled, steamed and soup. Mandu is made with tofu, minced pork, vegetables and shrimp puree. But the most famous is Kimchi Pur.

Mantu or Mantu is the staple food of Pakistan, Afghanistan, Tajikistan, Uzbekistan, Kazakhstan, Armenia, Georgia, Azerbaijan, Turkey etc. It started during the reign of the Mongols. It spread through the Silk Road to Central and South Asia and the Balkans, at the hands of the Mongols and Turks. It is made with minced beef, mutton and sometimes horse meat. It is mixed with many onions and various spices. Depending on the country, the sauce is different, just as the sauce is different. In Afghanistan, for example, tomato sauce is spread on it. In Turkey, on the other hand, manti is eaten with a sauce made with sour yogurt, garlic, butter and paprika powder.

Nepali or Tibetan Momo is familiar to all of us. Momo’s shop in the alley there. Inside it is chicken or vegetable puree and eaten with tomato sauce. It is usually made by steaming or frying. But now tandoori and curry momo are also available.

Even though air fryers have become incredibly popular, there are still many misconceptions about what these appliances are and how they work. One of these issues has to do with the name. An “air fryer”... 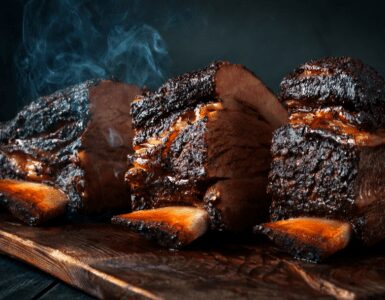 Have you ever heard your friends talk about smoking meat and wondered what all the fuss was about? Are you looking to dive into the world of smoked meats but don’t know where to start? Although smoked meat is an...