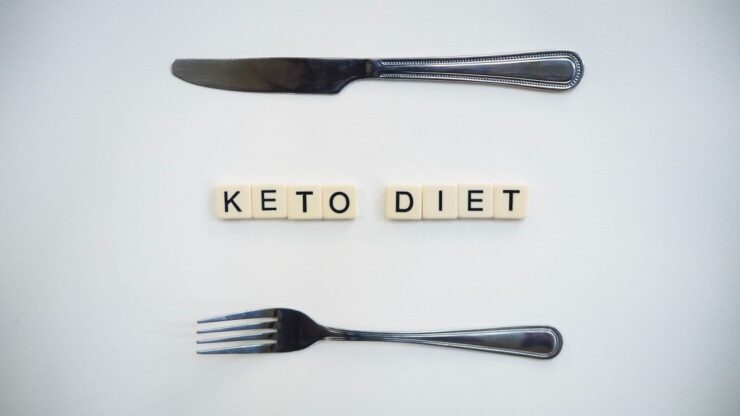 Deciding to make a decision to eat a healthier diet is something all of us have wanted to do at one point no matter in what way. Whether by limiting our desserts and junk food or cutting back on a certain food group entirely, dieting is a normal response when an individual is unhappy with how they look, feel, or perform in physical activities. In recent years, there has been one diet that stands out tall among the rest of them. It is known as keto and it has taken the world by storm. You have probably heard about it and you maybe even have somebody in your life who has tried it. It is definitely a dieting plan that works but only if you stick to it and persevere for long enough.

At the same time, despite its great success and fame, keto is also a diet that numerous beginners make big mistakes in. More often than not, dieters who wanted a keto plan do something without even realizing it and ruin weeks of progress. Even worse, they think a certain thing is a part of the diet when it is actually not. There are many misconceptions about what keto is and what it should be, which results in big mistakes down the line. To help put an end to this, we decided to write this article as a guide on the biggest mistakes beginners make while on this eating plan. This is a lifestyle first and foremost, not just a different way of eating. If you’re not sure where to start, visit Pureraw to find out more about keto before 6 and other organic supplement products.

Keto diets are known as super-restrictive and limiting which is also the main reason why people make mistakes while on them. It is a unique approach to eating because apart from certain unhealthy foods it also limits healthy options that are staples of other dieting plans. For example, you cannot eat starchy vegetables like potatoes, rice, and corn, similar to other diets, but you must also limit fruit and grain intake. Juices, sweets, and sauces are not allowed either.

Loading up on fats is one of the main things about keto because your body needs to enter the state of ketosis, a metabolic condition that allows the body to burn fats instead of carbohydrates. This accelerates the overall weight loss potential of your system and it is what keto is truly about. The problem lies in the balance of carbs and fats, as well as so much more that is simply not present in other dieting approaches.

Drastic changes in the amounts of carbs and fats are never the right move for the body, both when we are on a keto diet and not. Eating cereals, sandwiches, pastas, and other carb-rich foods and then starting a keto out of the blue is not the way to start this diet. You cannot go from all of that to only 20 or so grams of carbs a day. A single medium apple has between 20 and 30 grams of carbs. That is a huge shock for the body. It is much better to first start lowering your carbs intake slowly instead. The effects of the diet will be much better if you take it down a few notches each week instead of going all in.

Dehydration has never helped anyone no matter if they are dieting or not. In terms of keto, drinking enough water is prevalent if you want results. The drastic decrease in carbs makes your body out of balance when fluids and electrolytes are in question. Carbs and water are stored together so you will be losing a lot of water your body needs when you start to eat less carbohydrates. Basically, you have to drink more water than ever while on the ketogenic diet plan. A large glass of water when you wake up is a must, while sipping throughout the day is another key practice. If you want a reference to live by, know that you will be doing enough only if you manage to drink half of your body’s weight in ounces of water per day.

Omega 3 fatty acids are probably the healthiest fat we can make a part of our healthy dieting regardless of the plan we are on. They are also important in ketogenic plans, but people fail to remember this. Due to the heavy focus on other, more accessible fats like those from dairy and meat products, many dieters forget about Omega 3. A keto diet is nothing without salmon, sardines, herrings, mussels, and oysters. If you dislike seafood, you can instead take cod liver oil and krill oil in capsule form, or eat olive oil, avocados, chia seeds, and flaxseeds. But there is no reason to skip fresh fish, it is delicious and very healthy. Omega 3 is a great anti-inflammatory ingredient too.

Remember what we said in the beginning? Keto is weird because it also limits healthy foods and that does not make sense in dieting. Vegetables have carbs, and lots of them in some cases, so making sure you keep track how much of it you it is crucial. This is where many beginners fail and make big mistakes. You must never eat them with a free-for-all attitude. Getting veggies in is important, but it is hard to only eat half a veggie, only one baby carrot, or a few leaves of a leafy green. Minding the portions is how you prevent this and eventually you will know exactly how much you can take. The healthiest veggies to eat on a ketogenic diet include tomatoes, broccoli, cauliflower, bell peppers (red, yellow, green, orange), asparagus, and cucumber. These contain the least amount of carbs anyway but they are large and filling enough to dominate your meals. They are also easier to measure since you can cut half a tomato, cucumber, or pepper, or take a few chunks of broccoli and cauliflower per meal.