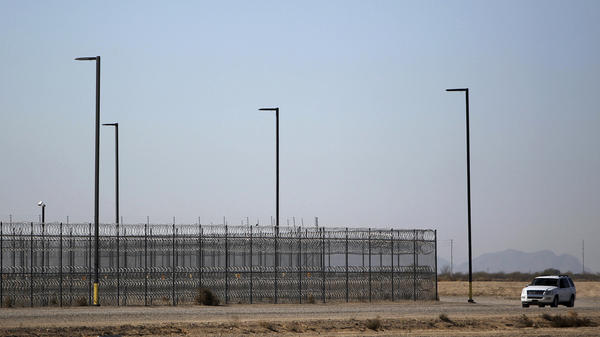 Current and former officials at the U.S. Marshals Service said they are worried about an executive order from the Biden administration that phases out contracts with private prisons and jails.

The order, which likely applies to 10,000 of the 60,000 people the marshals have in custody on any given day, could mean that some pretrial detainees are housed hours away from courthouses where their cases will be heard, and that marshals could be diverted from their work on fugitive task forces to transport those defendants over long distances.

“I think consideration should be given to allowing the Marshals Service either to opt out [of the executive order] or at least extend their current arrangements well into the future so they can make other arrangements,” Caulk told NPR.

Biden unveiled the move on reforming the incarceration system just six days after his inauguration in January, asserting that “to decrease incarceration levels, we must reduce profit-based incentives to incarcerate by phasing out the Federal Government’s reliance on privately operated criminal detention facilities.”

The new president pointed to a 2016 report by the Justice Department’s inspector general, who found that private prisons were less secure and offered fewer redemptive and educational programs than their government-operated counterparts. That study applied only to prisons, which house people already convicted of crimes, as opposed to people awaiting trial who tend to stay in custody for shorter amounts of time and who need to be moved to court five or six times, on average, in a typical felony case.

A former Justice Department official familiar with those actions told NPR that “ideally, DOJ would get to a point where private facilities are not used even for pretrial detention, but the greatest harm comes from the long-term facilities.”

Drew Wade, a spokesman for the Marshals Service, said “the U.S. Marshals Service is carefully examining its existing contracts with these facilities, mindful that any plans should avoid unnecessarily disrupting access to counsel, court appearances, and family support.”