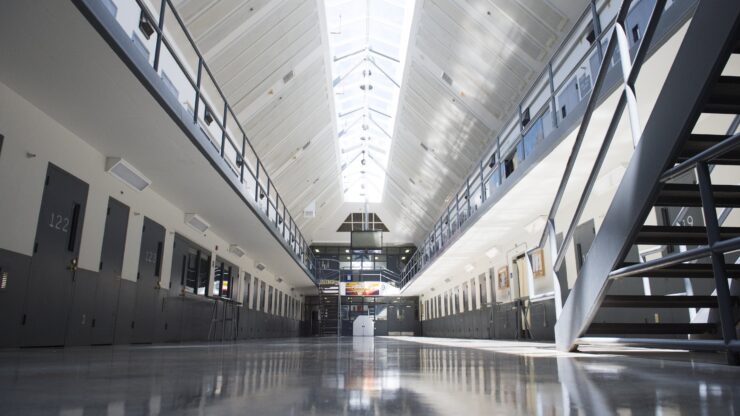 Home » When It Comes To Email, Some Prisoners Say Attorney-Client Privilege Has Been Erased
Blog

When It Comes To Email, Some Prisoners Say Attorney-Client Privilege Has Been Erased

It’s a staple on some of the longest-running crime shows on television: Communications between people charged with crimes and their lawyers are protected from government snooping under what’s known as attorney-client privilege.

In practice, things don’t always work that way, especially when it comes to email messages between incarcerated people in the federal system and their attorneys. That’s because within the Federal Bureau of Prisons, inmates are asked to “voluntarily” agree to electronic monitoring in order to use the bureau’s email system.

The National Association of Criminal Defense Lawyers says there’s nothing voluntary about it. Unless incarcerated people agree to monitoring, they’re locked out of email communications. The group and a prominent civil liberties clinic at the University of California, Berkeley are now sounding the alarm. They say their concerns have been compounded during a pandemic that has made in-person visits particularly risky.

Together with the NACDL, the clinic has sued the Federal Bureau of Prisons for more information about how and where email messages exchanged over the prison service, known as TRULINCS, are monitored.

“We’re in 2021 — the system has not caught up,” said Jumana Musa, director of the Fourth Amendment Center at the NACDL. Musa said her group has been unable to find any “overarching policy” at the Justice Department, with some inconsistencies even among prosecutors in the same U.S. attorney’s office. While some DOJ offices have developed specific policies that cover when federal prosecutors can read the emails, others either don’t have policies or have failed to describe what they’re doing.

Critics are also pushing Congress to act. In February, the House of Representatives overwhelmingly approved the Effective Assistance of Counsel in the Digital Era Act by a vote of 414 to 11.

The legislation, which awaits action in the Senate, would require the attorney general to make sure that the BOP refrains from monitoring the contents of emails between incarcerated people and their lawyers and to get a warrant to access their contents. The bill makes clear that authorities can pierce attorney-client privilege in situations where a prisoner or detainee is suspected of working with a lawyer to actively commit or cover up a crime or fraud.

The bill’s sponsor, Rep. Hakeem Jeffries, D-N.Y., said the vote garnered a large bipartisan majority at a time when lawmakers don’t agree on much.

The Congressional Budget Office predicted that if the legislation passed the Senate, the Federal Bureau of Prisons would have to build a new email system and create a registry of approved lawyers — measures it expects could cost $52 million through 2025.

Scott Taylor, a spokesman for the Federal Bureau of Prisons, pointed out that inmates and their contacts who use the email system “voluntarily consent to having all system activity monitored and retained.” He said that prisoners and their lawyers can communicate through phone, letters or visits, which he said are not monitored by staff.

Federal judges have had a mixed response to the concerns. Some have expressed consternation that it’s happening. Others have ordered the government not to read the emails.

For attorneys and their clients, email can be an essential tool for communication. Ken White, a defense lawyer in California, points out that it’s “extremely time-consuming and burdensome to visit somebody in jail, let alone prison.”

“It’s often a multihour process to visit someone, even for five minutes,” White said.

Now, with the coronavirus pandemic sweeping the U.S., some in-person visits have been curtailed altogether, and the mail is slow. But White said he nonetheless tries to limit his communications on the BOP email system, using it to notify incarcerated clients about the dates of their next hearings but not for strategy or the facts of their case.

The government used Fumo’s own emails against him at his resentencing hearing, when the judge cited them in part to tack on six more months to his prison term. In the messages, Fumo expressed “frustration” about prosecutors, wrote that he was “convicted of technical [BS]” and called the jury that convicted him “stupid,” his lawyer said.

Clients want to communicate with their lawyers, and it’s easy to forget their lawyers’ warnings, Goldberger said.

“It seems to me that it would be so simple to fix electronically and so fair and appropriate to everyone,” Goldberger said. “That lawyers’ ability to communicate with their clients be made easier — not harder and not riskier.”