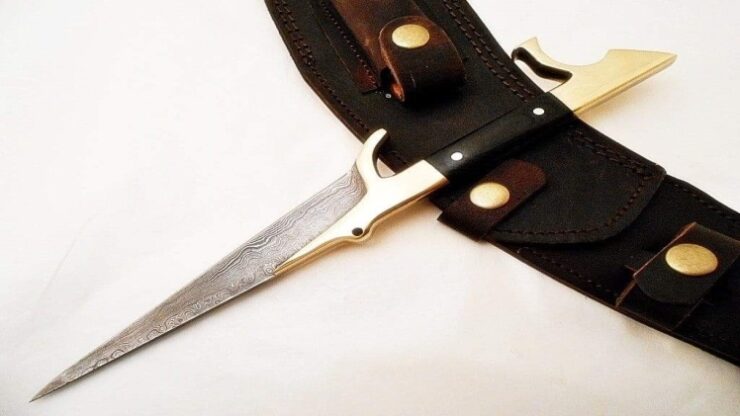 Home » Everything You Need to Know about a Hunting Knife
Accessories

Everything You Need to Know about a Hunting Knife

The exact origin of the hunting knife cannot be traced but it is an ancient tool that is used till date with only minor upgrades. However, it is a confirmation that this tool was invented after the stones and clubs.

In fact, in ancient times, stones and bones were crafted into hunting knives for catching and skinning their prey and prepare food for eating. These knives were further modified by James Bowie (American folk tales) who received one from his brother and then modified it for years to convert it into the perfect piece for survival during sandbar fights.

Well, this was a little history of the hunting knives that we know today. Let us see what else is hidden in this article about this topic.

Why Do You Use a Hunting Knife?

As a layman, you might have an image of a hunting knife like the one that hunters use to stab and kill their prey. But it is not the case instead the hunting knife is used for cutting flesh, skinning and boning the animals, and also cutting wood in the wild.

It also has some other purposes during camping and survival. But its main job is processing meat and making it ready for cooking. The tool used for stabbing and killing animals is a Hunting ScimitarDagger.

While choosing a hunting knife you must make sure that:

Depending on functionality there are many types of hunting knife such as:

Camp knives are simple and portable which makes them perfect to carry for outdoor activities, fishing, and hunting. They found use in preparing food, cutting woods, and starting a fire. In short, the camp knife is multi-purpose and has the qualities of other hunting knives, making it easy for hunters to carry one knife for many tasks.

Yes, this is the same Bowie Knife that we discussed in the introduction. It is basically a knife used for a hand fight that later on became famous among hunters. The uniqueness of this knife is that it has sharp edges on both sides which helps you to cut from any direction.

Bowie knives are the best knives both for survival and for processing meat. Due to their long blade, the hunter gets enough power to make a deep cut.

For creating an animal trophy you have to make sure that the neck and related delicate parts of the animal is preserved as you have to mount it on the wall as a souvenir of your bravery. To fulfill the purpose, you will need a capping knife with an upturned point which is perfect for the skin neck and head area to precisely separate the head from the body.

Mostly used at restaurants, the skinning knife is used to penetrate deep into the skin and separate a skin layer from the flesh quickly. This deal breaker knife has a sharp tip with a short and curved blade. Even after several uses, it does not lose its edge. The important thing to add here is that one must have good experience to use this knife as its blades are razor-sharp. Due to its sharpness and highly pointed blade tip, it is advisable to find a quality skinning knife that had a firm grip.

Boning is the process of penetrating deep through the meat to separate it from the bones, and a very specialized sharp knife is needed for this purpose. Some people use a camp knife for deboning but it is better to use a boning knife, as the former doesn’t work well to fulfill the aim.

A buck knife is a large portable knife that can be folded. It’s a classic knife whose name was derived from the 1960s buck knives. It was initially designed for hunting but now people use it as a regular pocket knife. While fixed knives are always considered better than folding ones, a buck knife is a good option because it is easily portable and you can keep it in your pocket. This is useful, especially in emergency situations.

Now when we talk specifically about stabbing and killing we use a hunting knife known as a hunting dagger. It is designed with a sharp long blade to pierce a cut through the heart. It also has a two-edged blade which makes it perfect to go deep inside the prey leaving no chance for it to survive.

If you regularly use your hunting knife, you must protect it in a sheath but if you are planning to keep it for a long time then it is advisable to wrap it in a clean and dry plastic bag.

You must also ensure the sharpness of the blades, as sharp blades cut quickly. You can sharpen it yourself or get it done by a professional. You must try sharpening it yourself only if you have proper knowledge. A layman might end up destroying the battling blades which then will give a dull cut. 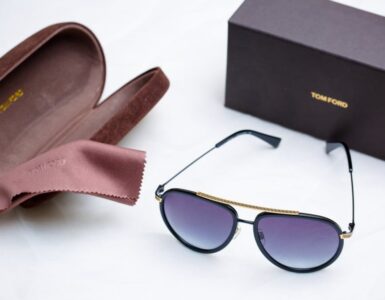 How to Tell Real From Fake Tom Ford Sunglasses – 2023 Guide

Tom Ford is one of the best brands known for manufacturing high-quality and standard sunglasses. You can find tom ford glasses in various models that are ideal for men and women and unisex as well. However, because of... 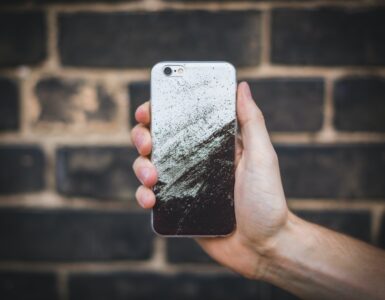 How to Choose the Right Material for Your Phone Case?

Smart mobile phones have become an integral part of our daily lives. You must provide the device with all the required protection. A protective case is what you should purchase for your phone to protect it from any...