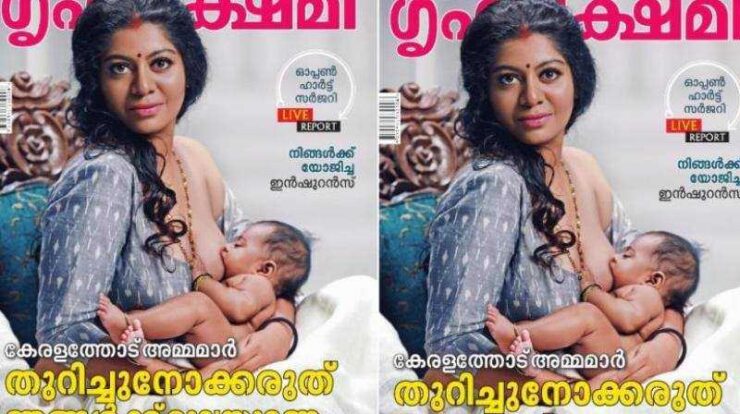 Between all the controversy, where a Kerala Magazine, Grihalakshmi, faced a lot of backlash on featuring a breastfeeding model on its cover, the Kerala High Court on Thursday dismissed the plea of categorising the cover as obscene. The complaint was raised in March after the cover was published and had mixed reactions of people on the issue.

The HC bench, including Chief Justice Antonio Dominic, said that they don’t see any obscenity in the cover and what may be obscene to someone might be art for the others. On March 1, the cover of the magazine featured the model Gilu Joseph breastfeeding a baby, which led to a debate in the social media, if it was appropriate for such a picture to appear on the cover of the magazine. The captions on the magazine in Malayalam said,” Mothers tell Kerala, ‘please don’t stare, we need to breastfeed’.”

It is not the first time when an artist has faced the offended groups, and in fact, the instances of such cases have only risen over the past few years. The Kerala High Court has clearly mentioned that one’s moral is an ‘elusive concept’ and that “one man’s vulgarity is another man’s lyric.” Maybe the easily triggered groups will take a hint from the HC message, and we will see lesser instances like this one.

To catch all the latest news around the world, stay tuned to Vel illum.