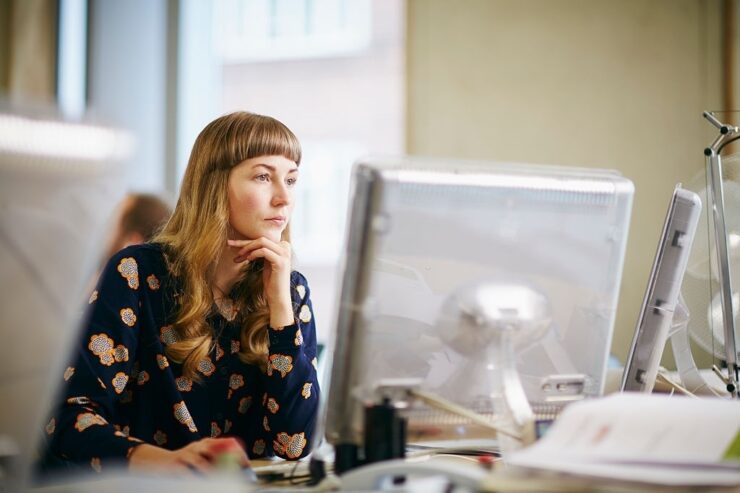 What is the difference between WEB DESIGNING and DEVELOPMENT?

I still remember during my early stages when I was learning web development, multiples of the time I found myself confused about the differences between web design & development. For example, what is a web design company? What is involved in working with a web development company? Maxsoft web designing and development the same? Do these terms have the same meaning?

In simple words, the answer is no. Both services are completely different from each other. But let’s dig into the different roles and methodologies of both a web designer and developer.

Think this way that a web designer is a person who transforms an idea, or an imagination, into a visually appealing design. Web designers use the layout to build a user-friendly experience throughout the complete website. Their job is to design the website’s look and feel, just like an architect creates a plan or design of your house, which is further utilized to start building it. Similarly, the same goes for the web designer who builds and models the layout of your website so that web developers can start developing it.

Although being a Web designer is the most underrated job, they actually have a very difficult role. While designing a website, they need to integrate the user-friendly experience possible and create an environment to attract to your website. In addition, web designers have to transform the image clients’ imagination from writing into an attractive design and usable interface to catch the user’s attention.

Without the proper design, a website can never attract the customer, especially in the early stage of the business. Nowadays, web designers are treated and paid at the same level as web developers. However, without the best user experience and design, web development can never be truly liked by the user.

Web designing is not an easy job. First, you have to build a complete library of the strategies and techniques in your mind. It is not like you create the whole project’s perfect design after hearing the client’s ideas or creating the complete specification with features immediately.

These are the major roles of web designers.

You should start with the scope of the project and also focus on the purpose of the website. So, roughly prepare to envision the designs in your mind, and you can start with a simple sketch or draft of the design. While sketching, you can move towards wireframes and mock-ups before going towards the final design. Keep one thing in your mind: it’s not like you can build one design for every website. Every client has its requirements, so your approach will be different if you are making a WordPress web design. Meanwhile, if you are doing eCommerce website designing, then methods and strategies would be different. Usually, the professional web designer prefers the component-based approach with the pixel-perfect layout for every single page, icons, banners, logos, and other intricate features.

These are the major roles of web developers.

To become a Front-end developer, you should learn three main languages.

With the knowledge of the languages mentioned above, a developer can easily create a full-fledged website.

Back-end developers are those who deal with the control of the server data and user requests. Back-end services are necessary if you want a dynamic website. For example, users can make a quote and submit it into a form with personal details, account creation, login, signup, add to cart, payment methods, and much more.

Social networking sites are still used by individuals and organizations. They are also updated regularly as users have to update the security settings on their preferred platform on a regular basis. In addition to...

If you would like to travel on a vacation that you simply can remember for years to return, we propose that you simply charter a boat for your vacation. Boats aren’t simple sea vessels. As a matter of fact, they...

Google my Business Reviews: The 3 Important things you need to know