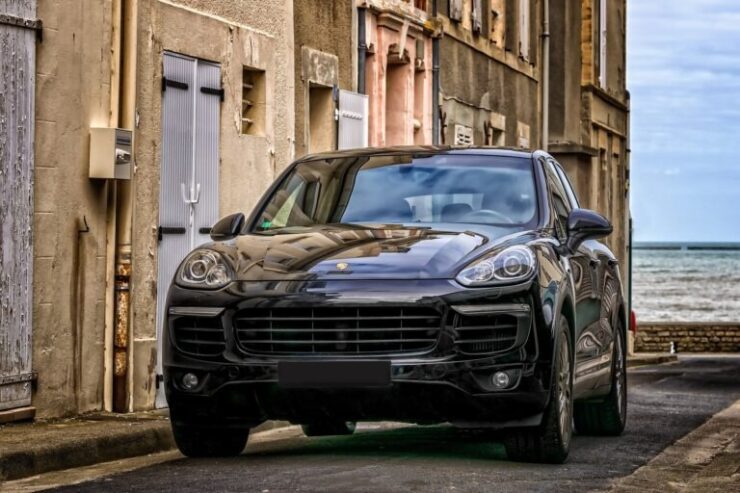 Luxury car brands had been in India for almost three decades now, thanks to Daimler, which set foot on Indian soil in the year 1994 by the name of Mercedes Benz India. The W 124 E-class by Mercedes was the first ultra-luxury passenger car to be locally manufactured in modern India. Soon after, BMW entered the Indian market in 2007 by setting up a manufacturing plant and assembly line in Chennai and a sales center in Gurgaon. Audi came to India in 2007, too headquartered in Mumbai. However, Audi cars were first seen in 2004 in India.

Which luxury car brand you should choose from top brands

Bayerische Motoren Werke GmbH came into being in 1917 in Bavaria, Germany. The company used to manufacture aircraft engines and propellers that could be recognized from the logo, coincidentally similar to a propeller. Post-WWII, the company focussed purely on automobile and motorbike production. Before that, the company manufactured farm equipment too.

BMW is known for its rich history and markets its products with the famous motto “The Ultimate Driving Machine.” BMWs are known for their sheer performance and stability. The company set foot in the Indian luxury car market by rolling out the 3 series in 2007 from its Chennai-based plant. Since then, the company has grown and recently launched the M340i, which is completely Built-In-India.

With currently 45 dealerships all over the country, Audi India started operations in the year 2007 from Maharashtra. Audi AG and Volkswagen India collectively established Audi India Pvt. Ltd. August Horch founded it in Cologne, Bavaria, Germany, after a lot of struggle from 1899 to 1909, and since 1966 the company has been operating as a subsidiary of Volkswagen group.

Audi is known for its simple and sober exteriors with feature-rich interiors. The vehicles are heavy and are preferred by many government agencies worldwide for their safety and security. If you are a die-hard fan of performance and power, you must go for an Audi any day.

Must Read: How To Maintain Your Used Mercedes Benz? A Comprehensive Guide to Follow

The famous Karl Benz invented the first-ever internal combustion engine in a car in the year 1886. Later that year, Gottlieb Daimler and Wilhelm Maybach converted a stagecoach into a passenger vehicle by adding a petrol engine. All these developments gave birth to the Mercedes automobile, marketed by DMG (Daimler Motoren Gesellschaft).

Mercedes India has been operational since 1994 and has remained the epitome of luxury ever since. The E-class was the first luxury passenger car introduced in the Indian luxury car market. In 2018, Mercedes India rolled out its 1,00,000th unit from the Chakan plant in Pune. This is enough to sum up the success story of this well-known German automobile giant. A Mercedes is the best buy for status symbol, high-end luxury features, and unmatched performance.

Jaguar dates back to 1922 when Swallow Sidecar Company in Britain used to manufacture motorcycles sidecars. The S.S. Car Company collaborated with Standard Motor Company to produce many complete cars named Jaguar. In 1990, Ford bought Jaguar and Landrover in the year 2000. Tata Motors bought both Jaguar and Landrover in 2008, following which both were merged at the operating level as a single design, sales, and production domain.

Jaguar has manufactured cars for the British Prime Minister in recent years. The exciting designs, aggressive build and luxury on offer by Jaguar has a separate fan base in the Indian luxury car market. Affordability is another factor why Jaguars are very popular in the country.

This Swedish company fast gained popularity in recent years due to the reliability and well-tested technology in heavy duty trucks. So much so that in 2016, Volvo stood at the second spot in World’s Largest Heavy Duty Truck Manufacturers. Volvo Cars, a part of AB Volvo, was sold to Ford in 1999 and later in 2010 was bought by Geely Holding Group, a Chinese automotive MNC.

Originally based in Gothenburg, Sweden, Volvo Cars has over 2500 local dealers in more than 100 countries around the globe. Volvo luxury cars are considered the safest vehicles. Volvo India started production in 2017 from Bangalore, Karnataka, and has grown in sales ever since. If safety is the most important feature for you, then you shouldn’t look beyond a Volvo.

The British SUV pioneer started manufacturing as early as 1948. The company used to manufacture vehicles for the military and was formally incorporated only in 1978. Since then, they have produced some of the toughest vehicles on earth. No one could match the off-roading capabilities of a Land Rover till date. They were the first company to introduce all-wheel drive in their SUVs and remain the oldest company to offer 4WD in all its vehicles permanently.

The sheer comfort and luxury make Land Rover one of the most popular SUV brands in India, although they weren’t supposed to be luxury vehicles in the first place!

By far, Volvo tops the list of being the safest luxury car brand in India. BMW and Mercedes stand close when it comes to safety, while Audi remains one of the most reliable luxury manufacturers out there. Every company has evolved its technology and design architecture to cater to the current market’s needs. JLR, for instance, has said that by 2030, it will produce only electric vehicles. Thus the best and most reliable luxury car assessment still depends largely on your need and perception of the brand image.