Have you thought about becoming a data scientist? Glassdoor has ranked data scientists based on average base salary. They’ve also looked at the number of active vacancies and employee satisfaction rates for five years in a row.

The Harvard Business Review has suggested that data science is the sexiest career of the 21st century. They note that it requires education and thinking outside the box.

What is a data scientist? Data scientists need to write code comfortably and work in many programming codes, for example, Python, Java, R, and many more.

Data science plays a vital role in the detection of security gaps and fraud. Vast amounts of information can be drilled down to reveal the slightest irregularities in the data.

This can also include weaknesses in the security systems. Data science is used in many areas, but it is not just about deep learning and the search for artificial general intelligence.

The roles of data scientists play a significant technological role in modern fields. This including science, mathematics, statistics, chemometrics, and computer science.

In general, data scientists and traditional scientists ask questions, define problems, collect and use data, find answers and solutions, test solutions to see if the problem can be solved, repeat what needs to be improved, and finalize solutions.

The crucial difference is that data analysts are not computer programmers. Their role encompasses statistical modeling and machine learning, and other processes described in the data science process. Simply put, a data scientist develops the process of modeling data, while a data analyst examines data sets, identifies trends, and draws conclusions.

What Skills Do Data Scientists Need?

The Center for Optimization of Data Science supports Census Bureau data scientists in their pursuit of data analysis and machine learning to other government agencies.

In many cases, realizing the huge untapped potential of big data entails the need to improve data science skills, but building your capacity can be difficult in a crowded market of companies looking for analytical talent. The challenge of being considered for one of the best jobs is consistent in annual surveys, with data scientists far more likely to suffer setbacks than statisticians in similar roles.

If you want to pursue a career in data science, you must first earn a bachelor’s degree in data science. You will also need a background in computer programming to develop the models and algorithms required to mine and store big data.

Now that you know what a job entails, it’s time to think about the value that a data scientist can add to a business. If you want to hire a data scientist, they can bring so much value.

Your data analytics skills can influence the outcome of a business and improve your own productivity, and they can also help you earn more than in your current role.

The point is that there is enormous scope for you to pursue a highly sought-after profession that can make more money than any other area has to offer at the moment.

When employers talk about a shortage, they are actually talking about a shortage of experienced professionals, he said, adding that this is due to the novelty of data science as a mainstream area.

It is not unusual for businesses with only a small interest in data science to employ data science consultants to work on an ad-hoc basis before they become permanent.

One of the results of this rapid change is that the key competence that a data scientist does not possess is the ability to understand deep learning tools.

Great data products are also about well-designed user interfaces, intellectual capacities, and useful expenditures that the user perceives as at least a solution to a relevant problem.

A data scientist has a full range of skills depending on client and project, and most of our data scientists charge rates of $100 to $200 per hour or more.

Even if the data scientist spends his time writing and performing machine learning, they are just a small but necessary part of the team that leads to the project’s success and produces a valuable product.

Remember, there is also a difference between a data analyst vs. a data scientist as well as a data consultant.

A data scientist enters the industry after earning a degree in data science. This is regardless of whether they are a software engineer or computer analyst. They could even be someone who has changed their career path.

We have read so many stories about data science as the sexiest profession of the 2020s and the high data scientist salary that is on offer. It seems like an absolute dream job. The fact is that there are plenty of skilled people in this field who solve complex problems, and it is positive that geeks love data science. 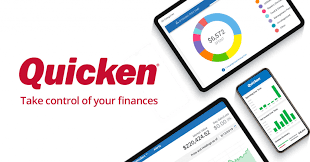 Quicken is a great tool to use when you have to manage your expenses. But, sometimes when you update the software, it won’t just open on your system. This can happen if you forget any step while installing the software...

Why Is Supply Chain Consulting Important? A Brief Guide

Did you know that nearly 80% of companies that have efficient supply chains enjoy better than average revenue growth? Most business owners are familiar with the basics of supply chain management. Efficiently tracking... 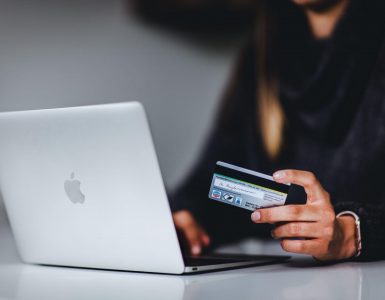 India has been constantly developing in various fields. One of the notable fields that has made our lives much easier now is banking. We do not need to visit the banks every now and then, at least to withdraw money or...

Moving Day Tips: How to Make the Move to Your New House Stress Free

Explore the Quality & Experience of Best Roofing Contractors near me