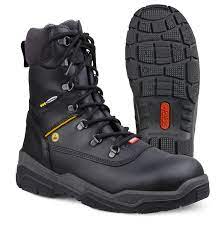 Workplace safety is important. At the turn of the 20th century, worker safety became a legislative issue. At the height of the industrial revolution, many workers died from avoidable accidents in the workplace. It proved to be an expensive affair for the companies who offered compensation for the workers who died or got hurt. Offering safety attire such as overalls, safety hats, and safety boots became a cheaper option.

They introduced the original concept of the industrial safety shoe in Europe in the 17th century. They commonly knew the shoes as “sabots”, and workers were the first to introduce the concept of safety shoes.

In the late 19th century, companies deemed it easier to replace workers than have strict safety standards. At the beginning of the 20th century, the need for companies to protect their machinery from worker sabotage and liability issues that arose from injury and death drove the market for the development and growth of the industrial safety shoe.

The market size of the industrial safety boots industry had exceeded nine billion dollars for the year 2019. We also expect the industry to grow by a six per cent compound annual growth rate between the year 2020 and 2026. Technology has advanced. With its advancement, there has been an upgrade in the quality of the industrial safety shoe. The regulatory environment in different countries will also drive business expansion.

What is an industrial safety shoe?

They designed industrial safety shoes to guard the feet against injuries that arise from the workplace. Safety shoes will have particular fittings per their application and safety requirements for their wearer. They design them to protect against common workplace injuries such as impact, puncture and compression.

Manufacturers are actively undertaking foot protection programs regarding training, selection, fitting and maintenance to protect the employees from work-related injuries. A strict regulatory environment across the globe, such as OSHA, ILO and BSI, requires employers to provide certified safety wear to their employees.

Industrial safety shoes will come in different types. These types will include;

Safety boots – this is the most common type of safety shoe. It comes fitted with toe caps; it has anti-slip outsoles, which are also penetration resistant. They insulate safety boots to regulate heat and cold, making them suitable to work under harsh conditions.

Safety shoes have the same features as safety boots and can also be bought with composite toe caps. They are, however, low cut.

Riggers–Riggers are regarded as the real industrial safety footwear. It is pull-on safety footwear, and they were named ”riggers” because workers mostly wear them in offshore drilling projects. There are concerns about the safety boot because of its lack of ankle support. They have become general-purpose safety footwear with labourers.

Wellingtons – this footwear is suitable for people who work in areas with wet conditions. They are suitable for workers in the hospitality industry.

Clogs–Clogs are made from beech wood and have steel toe caps and thin rubber outsoles, making them quieter when walking.

All safety footwear needs to conform to the European Standards of safety. You ensure that the safety shoes you choose are in line with the EN Standardization practice. They test the safety features of footwear according to a set of European safety standards EN ISO 20344:2004(revised by ISO 20344:2011).

They give specified shoe performance in an associated set of standards, namely;

EN ISO 20347:2004 – this is the general safety footwear standard. They have many safety features but come without the toe caps. Wellingtons are a good example of industrial safety shoes that fall under this category.

When choosing the right industrial safety shoes, I advise you to check on the standardization and where the shoes are suitable for use. I hope this guide will give you the right start for your search for safety shoes.