Some $5.8m (£4.2m) recovered by UK agencies that was stolen by a Nigerian former governor and laundered in Britain have now been returned to Nigeria, the Nigerian authorities say.

Former Delta state Governor James Ibori was convicted of money laundering in the UK in 2012.

A Bombardier Challenger jet is among the items listed in court documents for a confiscation order against Ibori.

Africa Live: Lastest updates on this and other stories
James Ibori: How a thief almost became Nigeria’s president
‘How we found a dead leader’s hidden loot’

The £4.2m has been recovered from Ibori’s wife, sister and fiduciary agent, who were also convicted of money laundering.

Observers expect more money to be retrieved from Ibori himself.

Nigeria’s Attorney General Abubakar Malami hailed the return of the loot as a “demonstration of the recognition of reputation Nigeria earns” for managing recovered money, according to a statement from his spokesperson.
Who is James Ibori?

He went to the UK in the 1980s and worked as a cashier at a DIY shop in London.

Ibori was convicted in 1991 for stealing from the store but then returned to Nigeria and got involved in politics.

When he ran for Delta State governor, he lied about his date of birth to hide his UK conviction – which would have prevented him standing for office.

He became governor in 1999 and soon began taking money from state coffers. Delta state is the source of much of Nigeria’s oil.
Why did the British authorities convict him?

The British police began to take an interest in Ibori again in 2005 after they came across a purchase order for a private jet, made through his solicitor in London.

He evaded capture in Nigeria after a mob of supporters attacked police, but was eventually arrested in Dubai in 2010 and extradited to the UK.

After his release in 2016, Ibori was placed straight into immigration detention.

The publication of the court judgement revealed a Home Office email which had recommended keeping him in immigration detention to buy time to work out how to recover at least £57m.
What happened to Ibori?
Former governor of oil-rich Delta State James Ibori (R) raises his hand to acknowledge his supporters after leaving the courtroom at an Asaba High Court on December 17, 2009image copyrightAFP
image captionJames Ibori seen here celebrating in 2009 when he was cleared by a Nigerian court, but he was later convicted in the UK

Once he was eventually released, he returned to Nigeria and sued the Home Office for unlawful detention.

Ibori won the case but was awarded just £1 compensation.

In 2020 prosecutors in a UK court asked a judge to make a confiscation order against Ibori of £117.7m.

Court documents list several bank accounts owned by Ibori, as well as more than 10 properties around the world, ranging from flats on London’s famous Abbey Road to a £5m mansion in Nigeria’s capital Abuja.

The documents also list a Bentley car and a Bombardier Challenger jet valued at just under £17m.
How have Nigerians reacted?

The UK authorities’ announcement in March about how it promised to return the money to Nigeria provoked outrage.

The agreement laid out that the money would be used to contribute towards building a bridge and two roads.

But the two roads – the Lagos-Ibadan Express road and the Abuja-Kano road – are more than three hours’ drive from Delta state.

“It is bad news that this money is not going back to the victims,” said David Ugolor the Director African network on Environmental and Economic Justice on Tuesday.

Mr Ugolor is among the critics who argued that this money should have specifically gone to people in Delta state instead. 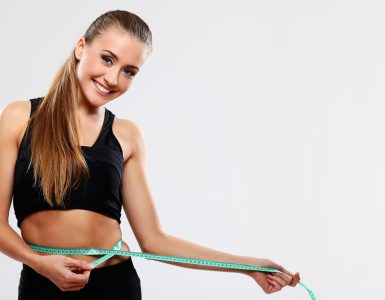 Belly fat is a nuisance, and quite a lot of us are dealing with it. It can make our clothes feel tighter, but other than that; it can be pretty harmful. Unfortunately, this fat is also the hardest to lose. So, here, we...

The best multimeter under 100

Innovative Education Apps That Are Here To Change Learning Forever

Cyclone Tauktae: Ninety missing at sea in the wake of storm