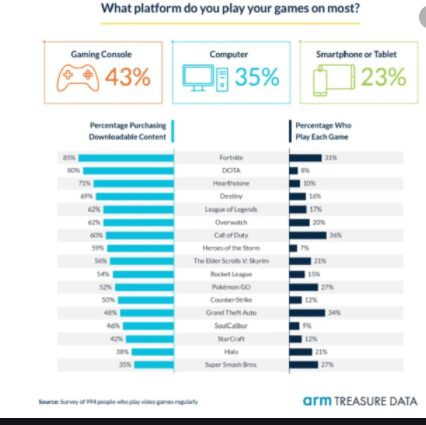 Home » Microtransactions: what they are and what they mean in today’s gaming market
Gaming

Microtransactions: what they are and what they mean in today’s gaming market

Zaraki Kenpachi
5 min read
Since the rise of free-to-play gaming, there has been an exponential rise in microtransactions. Today we look at what they are.

The term is used to indicate all purchases that take place (with real money, it is important to underline it) in-game, i.e. within the game. We are therefore not talking about the purchase cost of the title, but of real internal expenses to it, which can therefore be considered additional to the initial expense in which case the title is paid. In other cases, microtransactions are instead present in free downloadable titles, such as League of Legends, which sees almost all of its earnings deriving from them. This is what microtransactions are. It is good to point out that these expenses are not mandatory, but are at the complete discretion of the user. These items are available for purchase via internal currency to the game, then with real money, we will go to buy virtual currency to then spend on purchases. Let’s take an example that can help for a better understanding of the topic: let’s say the player wants to buy an item of clothing for his character; this item of clothing is worth 300 “coins” (the term is generic, it could be “dollars”, “silver”, “gems”). Well, if there are microtransactions in the game we will have the possibility to spend 1, 2, 5, or more Euros to convert into this currency, to be spent virtually to obtain the desired object. The type of items and upgrades purchased will vary from game to game.

In the example above, the purchase was purely aesthetic, therefore without any impact on the gameplay. However, there are some cases, increasingly frequent, of microtransactions that instead impact the mechanics of a title. In these cases, purchases allow the player to obtain a real upgrade towards the game, and if there is a multiplayer component, even on all those who have not made such expenses. So let’s talk about improved stats, more powerful weapons, or different types of perks. It is not difficult to imagine how, especially in a multiplayer circuit that sees its basis in the concept of “win or lose”, these advantages can appeal to players. To give you an idea, let’s take Path of Exile as an example. It is a free-to-play RPG action game, available on pc and consoles. You can choose one of seven characters in-game according to your play style and as the game progresses you need to increase their attributes and skills with various items and gems etc. You can either grind for them as they drop from bosses or available at the end of a quest. Or you can purchase them from vendors in the game. For that you need poe currency pc or console and if you are one of those persons who doesn’t feel like spending hours grinding the game you can purchase them with your credit card in only a few clicks.

The reasons that push microtransactions in video games

But why are we hearing more and more about microtransactions these days? The videogame industry has grown a lot in recent years, and with it, the budgets necessary for the creation of new titles have also grown, which today count even millionaire productions, like the cinema ones. To obviate this expense, more and more development houses are turning their attention to microtransactions, which allow you to continue to obtain income even after the publication of a game. Whether this is considered a good or a bad thing by users, leave the time it finds, given that the statistics indicate that the extreme success of this trend gives the software houses full reason in wanting to take full advantage of it. However, this does not mean that users do not have the power to influence the market. Your purchasing power is the most powerful “weapon” available to any consumer, and if you intend to change the market, the fight is not impossible. Petitions, correct information, thoughtful choice towards the purchase of a title are all fundamental elements, which allow players to make their voices heard, expressing consent or not towards the market choices of those who produce these titles.

As the last point, it is necessary to specify how these purchases are often extremely easy to complete, especially if a credit card or similar such as postepay is already linked to your account. This is to indicate, although far from creating alarmism, the ease with which even relatively young children could make such purchases with a few clicks. It is therefore good to always pay attention, but above all to always be well informed about what is happening in today’s videogame world and about the most modern technologies that are taking place in everyday life. In this regard, I invite you to stay on these pages, as the microtransactions topic will still be analyzed in the coming days, to show the greatest number of facets.