Warren Buffett took a special moment at the start of Berkshire Hathaway’s annual shareholders’ meeting Saturday to speak to the record amount of new investors rushing into markets.

That boom in growth has continued in the early months of 2021. Amid the GameStop trading surge and another round of fiscal stimulus checks, stock trading app Robinhood added more than 5.7 million clients in the first two months of the year, according to estimates from JMP Securities. Plus, legacy e-broker Charles Schwab added more accounts in the first quarter of 2021 than in all of 2020.

Buffett also cautioned investors about the difficulty in identifying winners in new and growing industries. He pointed to the large number of companies that made automobiles in the early 1900s, most of which closed down or got out of the car business well before the industry had matured.

“There’s a lot more to stock picking than just figuring out what is going to be a wonderful industry in the future,” he said.

While the tremendous increase in value of the top global companies (now worth trillions instead of billions) tells you some things about equality and inflation, it mainly tells you “that capitalism has worked incredibly well, especially for the capitalists,” said the investor.

Buffett’s main lesson for new investors was that the change in the individual top stocks over time showed the importance of having a broad, well-diversified portfolio, such as through passive index funds.

“One thing it shows, incidentally, is it’s a great argument for index funds. The main thing to do is be aboard the ship,” he said.

Retail brokerages have reported surging user numbers since the start of the Covid-19 pandemic, with some surveys showing that many of those users are first-time investors. The rise has been attributed in part to the stimulus checks, which boosted personal income in the U.S., and lack of entertainment options during the pandemic.

The lesson was about the uncertainty around individual stocks, comparing the top 20 stocks in the world by market value as of March 31 of this year and comparing it to a similar list from 1989, which had many companies from Japan, a country with a hot stock market at the time, along with some U.S. companies.

The billionaire noted the value of the top companies in the world (Apple worth more than $2 trillion) has increased significantly, but importantly there was not a single company on the list today that was there in 1989.

“We were just as sure of ourselves, and Wall Street was, in 1989 as we are today. But the world can change in very, very dramatic ways,” said Buffett.

Most Lovely Gifts To Gift Your Boyfriend, this Valentine’s Day!

Hey lovely lady, are you looking for some unique gift ideas for your boyfriend to give him this valentine’s day? If yes! You have arrived at the right place. Here you will get a bunch full of ideas which will help you... 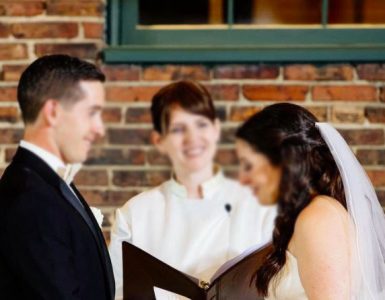 Planning a dream wedding on a budget

1. Determine the kind of wedding you want and what is nonnegotiable    You can’t plan or pay for anything without a solid plan. No matter how much wedding advice you have heard or how many wedding books you have...

Children are an essential part of our lives, and taking care of them is our responsibility. If the children are healthy and happy, so is our family. If you don’t know how to look after your children, you might...