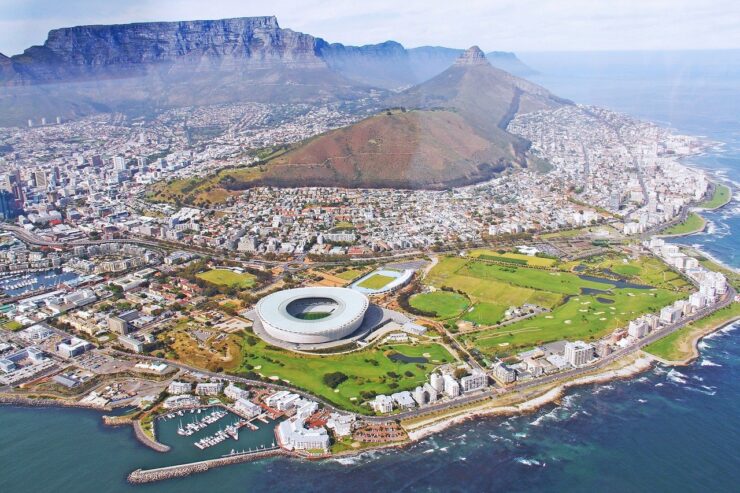 Home » Visit the 7 Most Vibrant Destinations in the World
BlogTravel

Colours have the ability to brighten anyone’s day, and planet earth is like a rainbow. Wherever we go, vivid, vibrant colours have been bestowed upon humanity, and they are all around us. Although commercialization has undeniably attempted to create a concrete jungle, there are some areas that should be left alone.

Colour has a lot of influence, and it’s important to remember that when looking for your next dreamy getaway. A day trip to a tranquil, verdant bamboo grove will help you relax after a long day at work, while a week amid the vibrant buildings of one of France’s most vibrant cities will re-energize you.

Although a physical vacation might not be in the cards just yet, we’ve compiled a list of the top 7 most colourful travel destinations so you can at least take a virtual tour and plan ahead. Check it out!

Bo-Kaap is one of Cape Town’s most interesting neighbourhoods since it is multi-cultural and multi-coloured. There are rows upon rows of rainbow-painted townhouses twist-up steep cobblestone avenues, making the area look like an artist’s palette. It has a vivid past as well, but it is marred by the tragedy of Apartheid. At the District Six Museum, learn about Cape Town’s tragic history, take a Cape Malay cooking lesson, and browse through the pungent spice markets.

Old Havana is as beautiful as a pastel-hued painting, dripping with nostalgia. Brightly painted balconies line the cobblestone alleys, which are draped with similarly bright laundry. A kaleidoscope of vintage cars ploughs the sunny streets and the seaside Malecon against this backdrop. All comes together to form a Caribbean metropolis rich in tradition, rum, and rainbows.

Mauritius is much more than just a beach destination. The amazing Seven Coloured Earths can be found if you travel inland to the tropical Chamarel Plains. These sand dunes, which were created by the decomposition of volcanic rocks, have settled into coloured stripes varying from violet to red to yellow and blue. The rainbow effect is strongest at sunrise, so get up early, grab a cup of coffee, and watch the waves of colour emerge.

Old Faithful is well-known, but Yellowstone’s Grand Prismatic Spring is perhaps even more spectacular. Grand Prismatic, the largest hot spring in the United States and the world’s third-largest thermal spring, is surrounded by rainbow-coloured bands of heat-loving bacteria. The spring emerges from 121 feet underground, with temperatures reaching about 180 degrees Fahrenheit and a pungent sulphuric odour. It stinks, but it looks awesome on Instagram.

Colmar has it all: winding avenues, narrow canals, and charming pastel-coloured homes. The charming town in north-eastern France’s Grand Est region is home to a rare array of mediaeval and early Renaissance structures, including a stunning 13th-century church. It’s known for being the wine capital of France’s Alsace region, in addition to looking like a fairy-tale place. Learn more about the great wineries that you can visit.

Plitvice Lakes National Park is located along the Bosnia and Herzegovina border, two hours south of Zagreb in Croatia, and covers nearly 115 square miles (298 square kilometres). The park, which opened in 1949, is known for its series of 16 crystal clear, colour-changing lakes (due to their high mineral content, they morph between shades of green and blue), as well as over 90 waterfalls. It’s a truly enchanting environment.

This crystal clear ‘river of five colours’ is one of the world’s oldest rivers, located in the Serrana de la Macarena mountain range. A sub-aquatic red plant – Macareniaclavigera – grows in the riverbed, resulting in a mesmerising mixture of black rocks, green algae, blue water, and yellow sand, surrounded by a savannah-meets-jungle landscape. Despite its unnatural nature, the river, which includes waterfalls, ponds, and caverns, is safe to swim in. Visit any time between July and November, when the river is at its most vibrant.

Let the vibrance of these 7 places wash over you and make you feel closer to mother nature. It’s truly a different feeling. You can also try visiting these destinations via virtual travel, which can help you decide which place to visit first and what else it has in store for you.