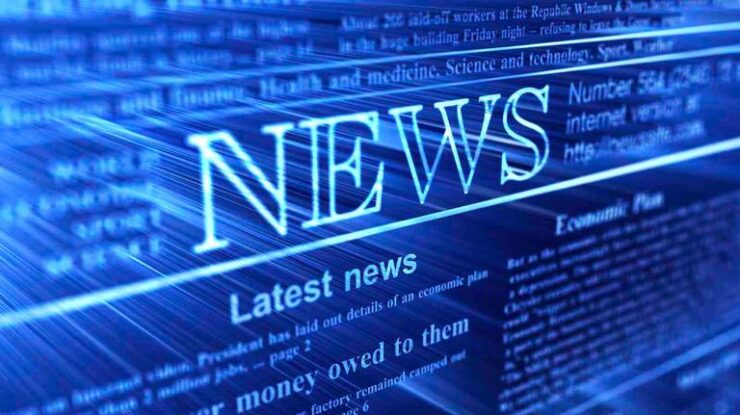 Dr. Robert Redfield, the former director of the Centers for Disease Control and Prevention, told CNN he believes the coronavirus originally escaped from a lab in Wuhan, China. But a team of experts from the World Health Organization, Dr. Anthony Fauci, and a number of virology experts have said the evidence to support such a claim just isn’t there.

“I do not believe this somehow came from a bat to a human. And at that moment in time, the virus came to the human, became one of the most infectious viruses that we know in humanity for human to human transmission,” Redfield told CNN’s Dr. Sanjay Gupta during an interview taped in January, to be aired in full on Sunday. “Normally, when a pathogen goes from a zoonot to human, it takes a while for it to figure out how to become more and more efficient.”

Redfield, however, also said he believes the virus began spreading months earlier than once thought — perhaps since September or October of 2019, a timeframe roughly supported by recent research. That extra time the virus may have spent circulating undetected could help explain how it became “efficient” at transmission — without having been “leaked” from a lab.

Dr. Anthony Fauci addressed Redfield’s comments at Friday’s COVID-19 response briefing and suggested that most public health officials disagree. He noted that if the virus had escaped from a lab, that would mean that “it essentially entered the outside human population already well-adapted to humans.”

“However, the alternative explanation which most public health individuals go by, is that this virus was actually circulating in China, likely in Wuhan, for a month or more before they were clinically recognized at the end of December of 2019,” Fauci said.

Coronavirus Crisis
Former CDC director sparks controversy with coronavirus lab theory
Many unused airline flight credits will remain valid into 2022
Cruise lines say it’s safe to sail. Experts aren’t convinced.
Online sports gambling has exploded during the pandemic
“If that were the case, the virus clearly could have adapted itself to a greater efficiency of transmissibility over that period of time, up to and at the time it was recognized. So, Dr. Redfield was mentioning that he was giving an opinion as to a possibility, but again there are other alternatives — others that most people hold by.”

Understanding when the coronavirus first emerged is an important piece of the epidemiological puzzle, one that scientists around the world, including a team from the WHO, have been working to nail down. One study, recently published in the journal Science, found “the period between mid-October and mid-November 2019” to be “the plausible interval when the first case of SARS-CoV-2 emerged in Hubei province.”

“It is highly probable that SARS-CoV-2 was circulating in Hubei province at low levels in early-November 2019 and possibly as early as October 2019, but not earlier,” reads the study. But for weeks or months, its prevalence was low enough to escape notice. “By the time COVID-19 was first identified, the virus had firmly established itself in Wuhan.”

Kristian G. Andersen, director of the infectious disease genomics, translational research institute at Scripps Research, told CBS News that “none of (Redfield’s) comments” on the lab theory are “backed by available evidence.”

“It is clear that not only was he the most disastrous CDC director in U.S. history where he utterly failed in his sworn mission to keep the country safe, but via his comments, he also shows a complete lack of basic evolutionary virology,” Andersen said.

Andersen was the lead author of a study published in Nature Medicine last year which found that the virus was a product of natural evolution. Furthermore, through analysis of public genome sequence data, the scientists “found no evidence that the virus was made in a laboratory or otherwise engineered,” according to a press release from Scripps.

“By comparing the available genome sequence data for known coronavirus strains, we can firmly determine that SARS-CoV-2 originated through natural processes,” Andersen said at the time.

W. Ian Lipkin, a study co-author with Andersen and the director of the Center for Infection and Immunity at Columbia’s Mailman School of Public Health, said that while there’s still a lot we don’t know about the virus, including exactly how long it’s been circulating, there is “no evidence” to suggest that it was created in a lab.

“The fact that we haven’t seen it before, doesn’t mean it was created in a laboratory,” he said. Lipkin pointed to the coronavirus’ ability to replicate in other animals, such as outbreaks among mink, and the emergence of highly transmissible variants around the world — “without any modification from a laboratory” — as evidence to the contrary.

“The modifications that have been exploited by the virus are not ones that we would have predicted,” he said, adding, “even if we wanted to design such a virus, we wouldn’t have known how to do it.”

Lipkin called Redfield’s comments “counterproductive,” especially given the rise in discrimination and violence against Asian Americans during the pandemic. “We should be moving away from finger-pointing,” he said.

Andersen and his colleagues concluded that the virus most likely originated from one of two scenarios. The first is that “the virus evolved to its current pathogenic state through natural selection in a non-human host and then jumped to humans,” according to the press release. The second is that “a non-pathogenic version of the virus jumped from an animal host into humans and then evolved to its current pathogenic state within the human population.”

“We know bats carry viruses highly similar to SARS-CoV-2, so it’s plausible it came straight from bats. Like SARS, it’s possible that it may have come from an intermediate host — which we have not identified,” Andersen explained. “There is absolutely nothing unusual about the fact we haven’t found such an intermediate host (if one even exists in the first place) and anybody saying otherwise simply has not read up on the literature.”

The current CDC director, Dr. Rochelle Walensky, said at Friday’s briefing that the White House team is “looking forward” to a report from WHO that “examines the origin of this pandemic and of SARS-CoV-2 in humans.” But China has not been forthcoming with information that may be key to a full understanding.

Andersen noted that “we don’t know the origins (reservoirs) of most viruses that infect humans,” including other recent ones like Ebola, “and for the ones we have some idea, it can take decades.”

“We know that the first epidemiologically linked cluster of cases came from the Huanan market and we know the virus was found in environmental samples — including animal cages — at the market,” he said. “Any ‘lab leak’ theory would have to account for that scenario — which it simply can’t, without invoking a major conspiracy and cover up by Chinese scientists and authorities.”

His scathing conclusion: “Redfield has no idea what he’s talking about — plain and simple. It’s no surprise given his disastrous tenure as CDC director.”