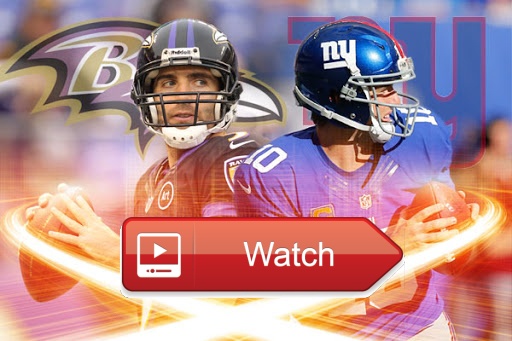 Home » Nelson also said Williams used profanities, calling Chauvin a b**** and a p****. After Floyd was taken away, Nelson
Blog

Donald Williams, who watched police officers pin George Floyd to the ground last Memorial Day, says that after an ambulance took Floyd away, he called 911 to report a crime – a killing that he says was carried out by former officer Derek Chauvin and his colleagues.

When asked in court Tuesday why he called the emergency number, Williams said, “Because I believe I witnessed a murder.” He added, “I felt the need to call the police on the police.”

Williams, a trained martial arts fighter, told the court that he warned Chauvin he was using a “blood choke” on Floyd moments before the Black man died in Minneapolis.

“This is what I saw,” Williams said after Minnesota Assistant Attorney General Matthew Frank displayed a now-famous photo of Chauvin holding his knee on Floyd’s neck. In the photo, Chauvin is looking up at the camera.

YouTube
“The only reason why he’s looking at me right now is because I told him it was a ‘blood choke,’ ” Williams told Frank, who is leading the prosecution.

Williams, 33, is an entrepreneur and professional fighter who lives a block or so from Cup Foods, the store where the struggle between Minneapolis police and Floyd took place.

When asked what he heard from Floyd, Williams said the man was in distress, repeatedly saying he couldn’t breathe and that he was in pain. Floyd also said he was sorry, Williams recalled. He later said that at the time, he didn’t know Floyd’s name.

Describing his own past, Williams said he was a wrestler in high school who has been practicing mixed martial arts since 2009. He has worked in private security for much of the past 10 years, he said. With Frank asking questions, he discussed his experience with chokeholds and the practice of “tapping out” when a fighter submits.

He also said he saw Chauvin use a “shimmy” hold on Floyd, to restrict his motions.

Williams had gone fishing with his son earlier on May 25, and he said that after struggling to remember how to cut their catch up, he decided to get some air and pick up something to drink from Cup Foods. But as he walked toward the door, he saw two police vehicles outside. He started to wonder if perhaps he should just leave. He never made it inside.

“My energy stopped me, the surroundings stopped me,” Williams said. “The energy of the air … the energy was off. I couldn’t like, get in the door for some reason.”

As he watched the police actions taking place outside Cup Foods, Williams said he wondered, “Should I involve myself?”

He started hearing people talking and yelling as officers struggled with Floyd. Someone was saying to calm down. Another person called for their mother, he said. And one voice was saying, “Let him up.”

The court saw a still photo from a surveillance video, showing Williams walking toward the door of the store, with the police in the street and bystanders standing along the edge of the sidewalk.

“I observed the scene first before I spoke,” Williams said.

An older man was calling out to Floyd, telling him it would be OK and not to resist arrest, Williams said. Bystanders also told police they were concerned.

He said he heard “George, on the ground, pretty much pleading for his life.”

Williams walked closer to the commotion, moving to the edge of the street. As he recalls, he was “battling with myself to stay on the curb” as he watched what transpired.

Williams said he called former officer Tou Thao by his last name because he was close enough to read it on the officer’s badge. As for what Thao’s role was, he said, “He was the dictator,” controlling what happened along the curb.

“He was the guy that let it go on,” Williams said. Thao and two other officers will be tried separately on charges of aiding and abetting.

“I was totally scared for my safety and those around me,” Williams said as he continued his testimony Tuesday.

He said he grew emotional because of the situation – and also because of how police were behaving. They were “nonresponsive” to his and other onlookers’ concerns, he said.

He added that after the ambulance arrived, Chauvin did not take his knee off Floyd’s neck. After Floyd was loaded onto a gurney and taken away in an ambulance, Williams lingered.

He was nervous, he said, and didn’t know what to do. He saw the officers move across the front of the store, away from the scene. Williams then pulled up his cellphone, called 911 – and reported to the dispatcher he had just seen a murder.

The prosecution then played the recording of Williams’ 911 call in court. “That was bogus, what they just did,” Williams told the dispatcher.

In the emergency call, Williams singled out one officer by his badge number – he was referring to Chauvin, he acknowledged as he pointed to the former officer in court.

Under questioning by defense attorney Eric Nelson, Williams discussed the range of choke and submission he has learned about across mixed martial arts disciplines. The defense attorney then spoke about “air chokes” in which pressure is applied from the front.

“On a blood choke,” Nelson said, the goal is to cut off the flow of blood to the brain. He added that such moves are performed on the side of the neck.

A blood choke can render someone unconscious “within seconds,” Williams said. He added that in an interview with FBI agents, he told them the same thing.

Nelson then asked if Williams had ever seen someone lose consciousness and then attempt to keep fighting upon coming to. Williams said he has seen that, particularly when someone who has lost a match is confused. But under follow-up questioning, Williams added that if anyone in a match loses consciousness, the competition is immediately halted.

The defense attorney then sought to portray Williams’ perspective at the scene as limited, saying that by the time he arrived, at Cup Foods shortly after 8:23 p.m., an ambulance had been called and then quickly “stepped up” to a more urgent code in the minutes before Williams walked into the altercation. It was one of several points Nelson pursued as he emphasized that events had been going on for some 15 minutes before Williams arrived.

Nelson also noted that Williams had not seen the other two officers who were at the scene – and that he couldn’t hear what the officers were saying to each other.

Describing Williams as growing angrier as he watched the scene, Nelson referred to notes from an FBI interview in which Williams told federal agents, “Like I really wanted to beat the s*** out of the police officers.”

Williams acknowledged saying that. But he insisted he wasn’t angry, saying the situation required him to show “controlled professionalism.”

In a line of questioning that sometimes grew a bit contentious, Nelson asked Williams to confirm the names he called Chauvin, such as “tough guy,” a “real man,” “bogus,” and – 13 times — “a bum.”

“You heard the video,” Williams said.

Nelson also said Williams used profanities, calling Chauvin a b**** and a p****. After Floyd was taken away, Nelson said, Williams told Thao, “You will shoot yourself in the head for what you did.”

To that, Williams said it was simply a prediction, not his personal wish.

When asked if he saw Floyd lose consciousness, Williams replied, “That is correct” – an answer that was allowed to stand despite an objection from Chauvin’s attorney. He added later he was afraid Floyd could lose his life.
https://247sports.com/high-school/mississippi/board/football-102607/contents/indians-vs-tigers-baseball-live-stream-online-free-01042021-163471452/

calling Chauvin a b**** and a p****. After Floyd was taken away Nelson Nelson also said Williams used profanities