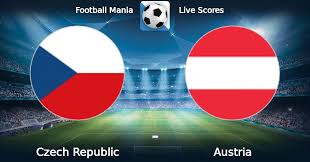 When it was time for Chauvin’s defense attorney, Eric Nelson, to question Darnella, he noted that she did not see

The young woman whose cellphone video showed former police officer Derek Chauvin holding his knee on George Floyd’s neck says she was drawn to the curb in Minneapolis by the sight of “a man terrified, scared, begging for his life.”

The woman is being referred to only by her first name, Darnella, in court, because she was a minor at the time of the incident last Memorial Day. Under Judge Peter Cahill’s orders, her last name and image are not being publicized in video broadcast from the court, although she turned 18 in the past week.

Darnella said she had walked to the Cup Foods store hundreds, even thousands of times, because it was close to her home. The store was a place she considered to be safe, she said in court.

YouTube
On the day in question, Darnella said, she was taking her younger cousin to the store for snacks. Surveillance images show the two walking together, with the younger girl wearing a shirt with the word “Love.”

But after seeing that police officers were holding Floyd on the ground near the rear wheel of a police vehicle, Darnella walked her cousin to the door of the store – and sent her inside alone. She then walked back to the rear of the vehicle and began filming what she was seeing. Her recording would go on to become a central document in an uproar over Floyd’s killing while in police custody.

The young woman grew emotional as she described the scene.

“It seemed like he knew … it was over for him,” she said of Floyd. “He was terrified. He was suffering.”

The dozen or so bystanders who gathered into a small crowd on the sidewalk were not violent and did not threaten the police officers, Darnella said. She added that all of them seemed to agree that what was happening wasn’t right.

The only violence she saw, she added, was “from the cops,” naming Chauvin and former officer Tou Thao.

“I felt like I was in danger,” she said, adding that police threatened bystanders with mace and she couldn’t understand why.

She recalled people yelling out to tell the police they were hurting Floyd, and asking them to check his pulse.

Darnella said she did not see Chauvin ease the pressure he was using on Floyd, who was held facedown on the pavement.

“If anything, he actually was kneeling harder,” seeming to shove his knee into Floyd’s neck, the young woman said she recalled.

When it was time for Chauvin’s defense attorney, Eric Nelson, to question Darnella, he noted that she did not see what happened before she arrived. He also suggested that her perceptions were restricted to the rear of the police vehicle where officers were holding Floyd on the ground.

Under follow-up questioning, she told prosecutor Jerry Blackwell that in the weeks and months since Floyd died, she has felt sad about that day and mourned his death. She also said she has worried that her male relatives who are Black could be mistreated by police in a similar way.

After Darnella left the witness box, she was followed by her 9-year-old cousin, Judeah. Under questioning from Blackwell, she told the court about seeing a police officer holding his knee on Floyd’s neck.

The child identified Chauvin as that officer, both from a photo and in the courtroom, after Chauvin stood up and removed his mask.

Judeah also said she watched as an ambulance arrived, saying that an emergency worker who spoke to Chauvin “asked him nicely” to get off of Floyd – but the officer did not do that, she said.

People from the ambulance “had to push him off of hi
https://247sports.com/high-school/mississippi/board/football-102607/contents/toronto-blue-jays-vs-new-york-yankees-live-stream-free-010421-163470911/

Martin agreed with Nelson’s assertion that the second conversation was “more heated.” But in the prosecution’s