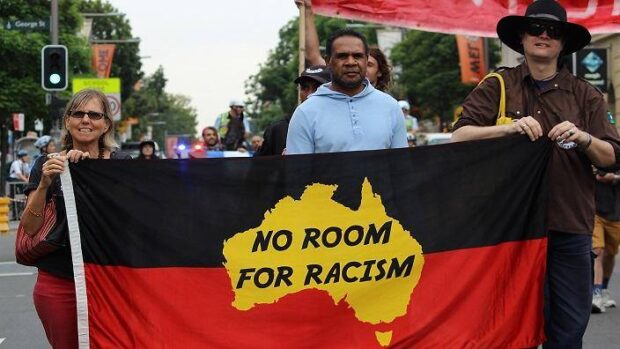 How would you report racial discrimination?

Racial discrimination is one of the most serious equal protection violations recognized by the U.S. Supreme Court. Instances of racial based animus are held under the highest standards of strict scrutiny. Racial classes are one of the few classes to obtain the protections of a suspect class, a class susceptible to civil rights violations. If you believe that you are a victim of racial discrimination, you may have recourse in the courts or through an agency. Let’s discuss the options and processes for resolving your rights below.

The U.S. Equal Employment Opportunity Commission (EEOC) is a federal agency that is given broad latitude to enforce federal equal protection laws under the Fourteenth Amendment of the Constitution for the United States. In meeting this obligation, the EEOC acts as a buffer to limit burdens on scarce judicial resources by developing or resolving cases of racial discrimination.

Before an employee can file a lawsuit against an employer for racial job discrimination, they must file a complaint with the EEOC. Nevertheless, there are time limits, typically 180 to 300 days, to file a claim and key criteria to establish violations.

In addition, many states offer Fair Employment Practices Agencies that carry out many of the same tasks. If a complaint is filed with the state agency, it will be simultaneously reviewed by the EEOC. A complainant does not have file additional paperwork with the EEOC if they have already presented their claim to the state or local agency.

Equal Pay Act claims run from the day when the complainant received their last unfair paycheck. These claims can be resolved directly in the court because they are based on empirical evidence that is difficult for racist employers to dispute. In addition, both holidays and weekends are counted unless the last day to file falls on either of these days. In which case, the filing can be made on the next business day.

Also, see: What is Article 17 of the Indian Constitution?

How to File a Claim

The claims are handled differently if the discriminating employer is a federal agency. For most jobs, the claims can be filed with the EEOC through their online portal at or a regional office. They can also be filed with the state or local Fair Employment Practices Agency. The process can also be started by calling the EEOC and can be completed by mail or other methods.

The content of a written charge of discrimination against an employer should set out the number of employees, contact info for the employer and complainant (including telephone number, name, address, and email address), and the nature and place of the discriminatory acts. This letter must also be signed and preferably copied for your records.

The Investigation and Review Process

If the EEOC believes that your claims were timely filed and that they can be confirmed with independent evidence, they will subpoena documents, interview witnesses, provide an opportunity to upload supporting evidence, and work to resolve the claims with a mediator. You cannot file a lawsuit until you have received a formal Notice of Right to Sue from the EEOC. The EEOC can delay providing this notice for 180 days but can issue it before that 180-day limit.

The EEOC typically grants complainants access to its online portal to simplify the process. Here they can file responses, upload supporting documents, provide contact information for their attorney, and review responses filed by employers.

Although a charge can be submitted through an agency working on behalf of an anonymous employee or complainant, the employer will eventually know who the filer is based on the narrative of the events that took place.

Why Are Racial Discrimination Claims Difficult to Prove?

One of the reasons why many cases are dismissed before the EEOC can provide a remedy is because employers may cover their tracks with another logical reason for the adverse event. Even if they made racist slurs or remarks that conveyed the idea of racial animus to you, they can claim that you are lying and simply unsatisfied with a demotion or being fired for performing a low quality of work. It can be hard to find other employees who are willing to risk their jobs to stick up for you even if they do witness racial discrimination.

How Can a Racial Discrimination Lawyer Help?

Unless they have written racial epithets from an employer or can demonstrate a pattern of racism against other employees of the same race, employers have a wide latitude to weigh the job skills of each individual and to offer a take-it-or-leave-it approach to job applicants.

And although mixed-motives can be cited for a case of racial discrimination, retaliation claims must be based on a “but-for” rationale. This means that the employer had no reason to take the adverse action other than for filing a complaint with the EEOC. This U.S. Supreme Court standard is hard to prove and opens up the door wide for retaliation against whistleblowers who present their claims themselves.

Even if there is no additional independent evidence to solidify the charge, a skilled attorney can build a case that attacks the credibility of the employer. They can unmask racial motives and deflate theories that attack the plaintiff’s skills or work ethic.

In many instances, employers don’t isolate just one employee on a personal level. A lot of policies are discriminatory. As a result of racially discriminatory hiring policies and wages, many companies must now hire a percentage of minorities to prove that they are inclusive and welcome diversity. This does not mean that racism is absent, however.

Workplace diversity is a benefit to every employer. Each culture and class has something different to offer as a strength from their background. They can offer new perspectives for marketing purposes and fresh ideas from cultural knowledge. But employers can be sneaky in shaping their workforces at a personal level in spite of the laws. Only a skilled attorney can write a compelling narrative to help you win.

These days, you can get the most out of limo cars and live your dream by spending a few dollars for a few hours of the ride. The luxury of a limousine is something to experience and it would be a trip to remember...

Crucial Steps to Take After A Car Accident