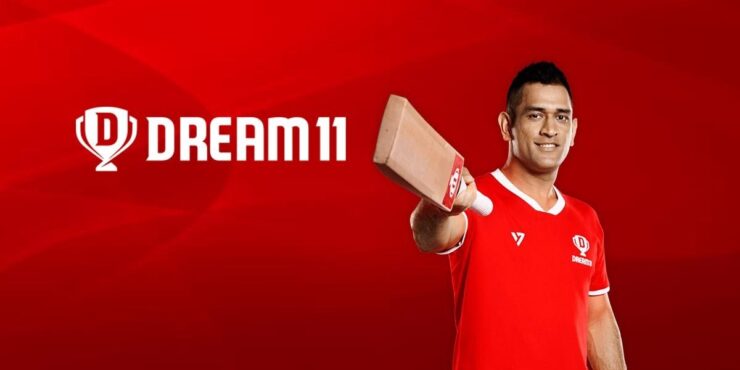 How To Play Dream 11 Game

Dream 11 is one of the best and latest sports fantasy games. But many of the people even don’t know how to play this game.

Dream 11 is designed for the upcoming ICC (Indian cricket team) World Cup. It is very much essential to know how to play it and get the Points.

In this post, I will provide you with brief information about Dream 11. Because in India, cricket is not just a game; it is a religious event.

Hence, each fan of cricket is an expert, not only a follower. In India, any game does not get the spectator in such a different relief of exerting their talents.

Dream 11 lets the users make their teams and select the Captain for the match. By doing this, you will get the points based on how the actual games won.

Then at the end of this game, points will be calculated. Then you have to examine your appearance with the other players in the group.

There are also other fantasy games available in various sources. But Dream 11 is becoming very much simplified, and it is the official partner of ICC.

Dream 11 is one of the most famous sports fantasy games. It allows users to play fantasy football, hockey, cricket, basketball, and kabaddi.

In the year 2008, Dream 11 was founded by the Bhavit Sheth and Harsh Jain. Its headquarters is located in Mumbai, India.

It has become the first Indian gaming association who join the Unicorn Club in April 2019. It is played by using the sports skills and knowledge.

In this game, we have to create a team under the budget of 100 credits. But this team will get the points based on the performance of a real-life match.

How To Join First Cricket Contest

It is very much simple to join the first Cricket contest of Dream 11. Only you have to finish the process of verification by submitting your bank account and PAN card details.

It is mandatory to give the bank account details because, in the future, you have to withdraw wallet money. Then you can easily bet with cash and withdraw it through your bank account.

If you don’t have to play with money, then you can contribute to the practice matches. Below the paragraph, five steps are mentioned to join the first Cricket contest of Dream 11.

First of all, get access to your Dream 11 account. Then choose the upcoming matches from the schedule of the World Cup.

Create your Fantasy XI team then process to score the point. Remember one thing that you have enough judgment, expertise, and knowledge about the real players or game. Because it will help you a lot to score more points.

A credit value is assigned to players and their teams. Make your team in the limit of a budget of not more than 100 credits.

Then choose the game and tap on the option Create Team which is located on the left corner of the bottom. Now, this app will allow you to grab between 1 to 4 wicketkeepers.

A few years back, there was a regulation of at most 5 for bowlers and batsmen. But now the number has increased to 6, and you can also pull what you think is best for any match.

You have to generate at least five teams to participate in the game. But you can also join many contests with the same teams which you have created.

You can also join the money contests or else practice matches. Remember, one important thing that your players can also achieve negative points. Hence, be thorough about your team composition and which player you have to pick.

Features Of This Game

There are lots of features available in this game, from which I have mentioned a few below the paragraph.

If you are facing a problem to run any of your games, then click here to get information about game requirements and system requirements.

Changes Made In The Format Of Dream 11

From 24 May, the new rules will follow by every user. Everyone knows that the World Cup is a tournament given to the batsman.

As per the pitches and situations, the batsman of England is very much friendly. Commonly, all the users of this game fill their team with more amount of batters then bowlers and fielders.

Hence, by observing this activity from all the users of Dream 11. The founder of this game has modified the limits on picking up more than one batsman, keeper, or else all-rounder.

From the category of all-rounders, you have to pick a maximum of three and a minimum one. But now the upper limit is change and increases to number four.