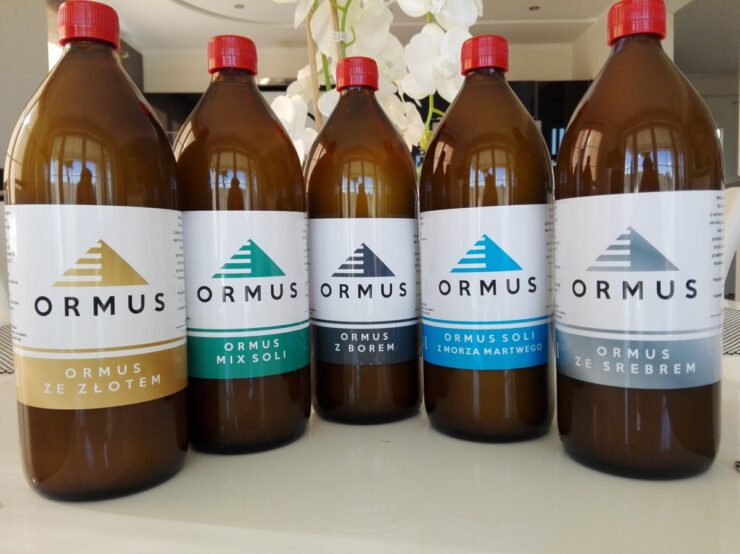 4 Things To Know About Amazing Healing Properties Of Ormus

We as a species have always strived to live longer and healthier. Through time, we became more and more aware of the amazing things that Mother Nature offers us, and we’ve also learned of how we can use those amazing things to our benefit.

It has never been more necessary to take good care of our bodies than it is today. We live in a fast-paced, stress-filled world, not to mention the ongoing global health crisis. With that in mind, we thought to ourselves – is there something that we could incorporate into our daily lives that would make us feel better in almost every imaginable way?

Well, believe it or not – there is.  And, it’s called Ormus. Here’s what it is and what you should know about it.

We’re quite sure you’ve heard about Ormus, but we’re also quite sure you know it under a different name. Though years, this remarkable substance has been called many names. It has been known as manna, philosopher’s stone, good of the gods, monoatomic gold, and so on. Nowadays, we know it as Ormus.

Ormus is an acronym for Orbitally Rearranged Monoatomic Elements or ORMEs. The term used today was coined by David Hudson, the modern-day “father” of this remarkable, miracle substance.

Hudson was the one that discovered this element, or better yet, the one that put a name to it. Nowadays, we know that this substance was used long millennia ago. There is evidence pointing to ORMEs being used in ancient Mesopotamia and Egypt, and when you realize how long ago these empires exited, it really puts things into perspective, doesn’t it?

But, enough about history and nomenclature. Let’s talk a little bit about what makes this miracle element special. Why is monoatomic gold known as the “fountain of youth” or “cure-it-all” substance?

Well, Ormus gold is a substance composed of gold atoms. But, these are not your regular gold atoms. Instead of being in a metal state, as gold usually is, these atoms are in a mono-atomic state. This is achieved through alchemical processes that break down the gold into miniature clusters, up to one atom per particle, and as such, these form what’s essentially a white powder.

As you know, regular 24 karat gold can be ingested, although not many people have eaten it – for obvious reasons. Well, monoatomic gold can also be ingested, but unlike regular gold, this one is absorbed by our bodies and is treated as an essential mineral.

What’s also interesting about Ormus is that it is already a part of our body, which also makes it safe to ingest. Its levels can even be elevated with proper diet, meditation and other healthy practices.

Now, that’s all fine and dandy, but we still haven’t answered the main question – why do we know Ormus as this miracle substance? Well, here’s why.

The bottom line is – Ormus is healthy. It is one of the best substances that you can incorporate into your daily life and diet. In fact, it is so good for you that ancient Chinese (and we all know just how advanced their medicine was) have deemed it as an anti-ageing agent, hence the “fountain of youth” dub.

Now, let’s talk a little bit about actual advantages, health benefits, healing properties, and other things you need to know about this miracle substance.

No matter which modern-day drug you take, there’s a chance of some kind of side-effect occurring. Even something as common as ibuprofen can be detrimental to your health if not administered properly.

On the other hand, Ormus is completely free of any side effects. It is taken as a supplement, and seeing how it is found in our bodies, it is completely natural and won’t harm you in any way. To be fair, you could theoretically take too much of it, but then again, you could drink too much water and make yourself sick, so does that really count as a side effect? No, we don’t think so.

The key to good health lies in our immune system. The stronger your immune system is – the easier will it be for you to combat diseases, viruses and bacteria. That is why something as HIV is as deadly as it is – because it destroys the immune system, leaving you with no defence whatsoever.

Ormus, when taken regularly, can boost your immune system a lot more than any other supplement could. Its immune system-boosting properties are so great that there have even been reports of this supplement combating the effects of HIV and even cancer.

With that in mind, you can only assume just how easy it would be for you to deal with common colds if you implement ORMEs in your everyday life.

It has been said that our brains contain 5% ORMEs, and by taking daily monoatomic supplements, we could boost that percentage significantly higher, which would result in incredible focus and mental ability by making the neurons fire up more effectively and efficiently. Apart from that, the monoatomic elements will also keep you calm, both physically and emotionally, allowing you to think clearly and make good decisions.

Ageing is a natural, irreversible process. And, even though no one wants to get old and wrinkly, and even though ORMEs won’t make you stay young forever – it will help you postpone the signs of ageing by more than a few years.

Its healing properties are known to postpone and slow down the ageing process, up to a point where you’d be 60 with only a few grey hairs and a couple of wrinkles on your face. And seeing how beneficial Ormus is to your mind – you won’t feel old either.

Ask any alternative medicine expert, and they will most definitely agree with everything we’ve just told you. Ormus is a life-changing supplement, and even if you are sceptical about it – give it a try. Nothing bad can come out of it. It’ll only make things better.