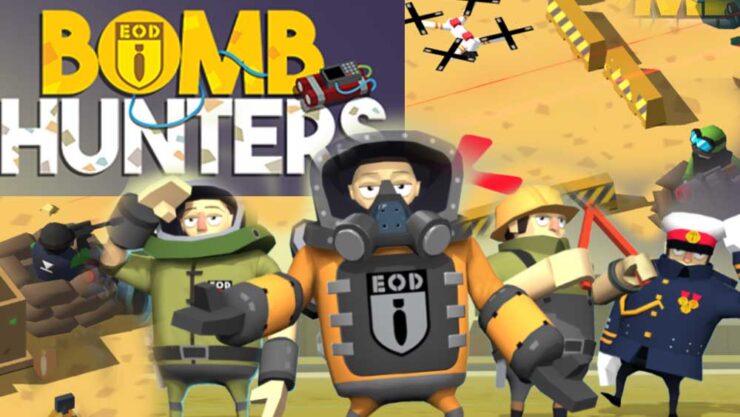 As we all know, battlefields are scary. It’s only the people who deal with battlefields who know how scary and deadly it is. With the development of technology, many people, both children, and adults have been familiar with playing games. Most people love to play games filled with adventure, obstacles, and challenges. So, I think this Bomb Hunters mobile game app has created a great concept where it makes the people continue to play at the first moment they start to play the game. The main role of the play is a bomb disposal technician, and you have to play the role of this character and dispose of the bombs on the battlefield. Even though there are hundreds of action games and war games in the app market, and I don’t really think that you have played a mobile game in this concept before because this is new to the market, the concept is quite different from other war game concepts and action game concepts.

This is a free game available on almost all Android app stores. You can install this game on your TV or phone for free. For phones you can use play store, AC Market and AppVN. If you are unable to install this game on your TV box using the default app store like play store for Android TV and Amazon App Store for Fire TV devices, you can use Filelinked or Aptoide TV for any Android TV box.

You got the character of a bomb disposer to play and make sure that you do the task right. Otherwise, the bomb will explode under your feet. The game offers you ten different bomb hunting characters, and you can choose one character to play the game.

The more you defuse, the more experience you get. This will help you to level up and defuse bombs as fast as you need to.

As I already said, Bomb Hunters is a special mobile game that has made it a special concept. This famous game app has been offered by Crane balls and has officially released on 19th April 2017. Well, that’s it then. All you got to do now is get on your khaki pants and start disposing of bombs. BOOM!