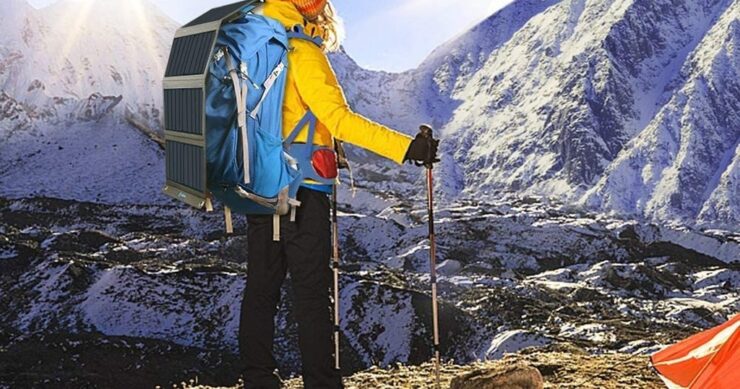 Federal law enforcement is ramping up their investigation into Rudy Giuliani, leaving Trumpworld on high alert.

Giuliani was formerly President Trump’s personal lawyer and became one of his most loyal defenders, becoming a central figure in Trump’s failed efforts to overturn the results of the 2022 election. Now, he may be paying the price for that loyalty. On Wednesday, FBI agents, armed with search warrants, raided his home and office in Manhattan, seizing electronic devices.

Giuliani is currently the focus of an ongoing criminal probe from the US attorney’s office in Manhattan, centering on his business dealings in Ukraine and potential illegal activity involving his efforts to investigate Hunter Biden, President Joe Biden’s son. Wednesday’s raid confirms the seriousness of the investigation, which required Justice Department approval due to Giuliani’s status as a lawyer. The raid clarified the potential for Giuliani, and perhaps other Trump figures, to face federal charges.

The investigation hinges on Giuliani’s dealings in Ukraine
Investigators are looking for evidence related to Giuliani’s role in the firing of Marie Yovanovitch, Trump’s former ambassador to Ukraine and a central figure in his first impeachment trial, according to the New York Times. Yovanovitch was ousted at the behest of Giuliani, who felt she was standing in the way of his attempts to find damaging information on the Biden family.

That saga played out as a small part of the larger impeachment probe regarding Trump’s conduct with Ukranian president Volodymyr Zelensky. Yovanovitch testified in 2019 that Giuliani was working with Ukraine’s former prosecutor general Yuriy Lutsenko, asking him to open inquiries into political enemies including Hunter Biden related to his time on the board of a Ukrainian energy company, and initiating a smear campaign against her when she attempted to follow protocol in arranging meetings between Ukrainian and American law enforcement officials.

Now, the Justice Department is investigating whether Giuliani’s conduct in that situation, and others in Ukraine, were a violation of federal lobbying laws, according to the Times. Lobbying the US government at the behest of a foreign official without registering the activity with the Justice Department — which Giuliani never did — is a violation of the Foreign Agents Registration Act.

Giuliani went on Tucker Carlson’s Fox News show Thursday night to dispute the claims against him.

“I never represented a Ukrainian national or official before the United States government,” he said. “I’ve declined it several times. I’ve had contracts in countries like Ukraine. In the contract is a clause that says I will not engage in lobbying or foreign representation. I don’t do it because I felt it would be too compromising.”

Giuliani also claimed to have hard drives from Hunter Biden’s laptop that the agents were uninterested in despite his pleas, said he could have destroyed the evidence any time over the last two years in which he has known about the probe, and asserted that the Justice Department, under Biden, was making up a case against him. He called on the officials overseeing his investigation to be investigated themselves, likening the situation to “East Berlin before the wall fell.”

Robert Costello, Giuliani’s lawyer, said in a statement that the investigation was “legal thuggery” and evidence of a “double standard” in which the Justice Department will investigate prominent Trump supporters but will not open inquiries into Democrats such as Hunter Biden, whom he accused of “blatant”, though unsubstantiated, crimes.

Agents also obtained a warrant for the phone of Victoria Toensing, a lawyer who collaborated with Giuliani on efforts to investigate the Bidens in Ukraine. Toensing handed over her phone on Wednesday morning, according to The Journal.

The New York Times has reported that in addition to Giuliani’s dealings regarding Yovanovitch, federal investigators are looking into his conversations with Lutsenko regarding a draft retainer for legal consulting services that eventually fell through. The investigation hinges on whether or not Giuliani was solely representing Trump in his dealings with Ukrainians, or if he was also working on behalf of Ukrainian officials and business associates’ interests.

The DOJ’s hard line could have implications beyond Giuliani
The raid is a major escalation of the federal investigation into Giuliani, and represents a serious willingness by the Justice Department to look into the shadowy dealings of Trump figures. Considering Giuliani is a lawyer protected in his dealings with Trump by attorney-client privilege on some level, the fact that investigators obtained a warrant indicates the high-level nature of the investigation and the potential for consequences of the informal relationships between Trump figures. Giuliani’s work for Trump was often done informally — limiting the scope of what attorney-client privilege can protect.

Sources close to the former President told CNN that the raid on Giuliani has left them uneasy about what else the Justice Department might be investigating.

Former Trump lawyer Michael Cohen, who pled guilty to charges of tax fraud, false statements to a bank and campaign finance violations, flipped on his former boss in 2018. On CNN, he said he expected Giuliani to eventually do the same.

“Prior to Donald becoming president, Rudy didn’t like Donald and Donald didn’t like Rudy,” Cohen said on CNN. “He certainly doesn’t want to follow my path down into a 36-month sentence.”