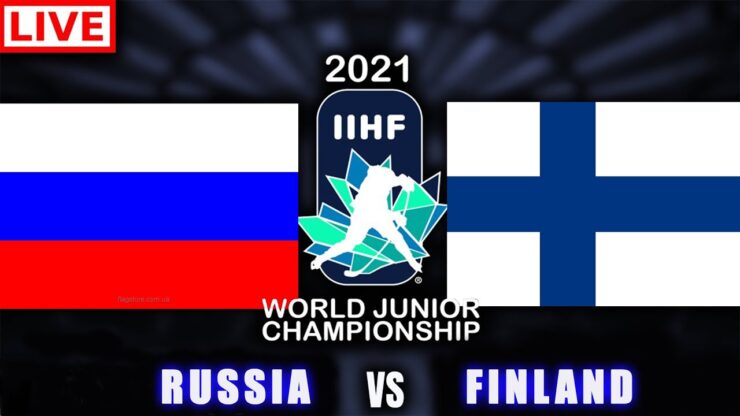 It was a simple experiment. Lucia Alcala, a psychologist, built a tiny model grocery store with aisles and different items that she could put on a family’s dining room table.

She and her colleagues brought the model store to 43 family’s homes along California’s Central Coast. Each family had a pair of siblings, ages 6 to 10.

She gave the siblings clear instructions: Find an efficient route through the store to pick up a list of grocery items and — this was made clear — “work together, collaborate and help each other,” says Alcala, of California State University, Fullerton. “We gave them very specific instructions.”

Alcala and her colleagues logged what happened. Did the siblings help each other? Did they boss each other around? Did the older ones exclude the younger ones from the task?

For decades, scientists have documented a surprising phenomenon: In many cultures around the world, parents don’t struggle to raise helpful, kind kids. From ages 2 to 18, kids want to help their families. They wake up in the morning and voluntarily do the dishes. They hop off their bikes to help their dad carry groceries into the house. And when somebody hands them a muffin, they share it with a younger sibling before taking a bite themselves.

For the past four years, I’ve been on a mission to learn why. What are these parents doing to instill such helpfulness in their kids? I describe what I found in my new book, Hunt, Gather, Parent. While researching for the book, I traveled to three of the world’s most revered cultures — the Maya, Inuit and Hadzabe — and talked with moms, dads, grandpas, grandmas, great-grandmas and great-grandpas about parenting. I also brought along my toddler, Rosy, so the parents could see just what I was up against.

When I returned home, I read more than a hundred studies on the topic. I realized there are two key practices that parents all around the world use to teach children to be helpful and cooperative. And yet many American parents (including the one writing this essay) often do just the opposite — a point Alcala and her colleagues have documented in several studies.

You can hear reporter Michaeleen Doucleff talk about what she found while writing her book in this Life Kit podcast.

Key practice #1: To scramble or not to scramble?

Say, for example, you’re scrambling eggs in the morning and your 4-year-old hops up on a stool and grabs the spatula from your hands. What do you do?

How you respond to a very young child who shows interest in helping is key to whether that child grows into a 12-year-old who wants to help around the house or (and this will sound familiar to many of us) a kid who rolls their eyes when you ask, according to Alcala.

In several studies she conducted, many moms told Alcala that they don’t let young children and toddlers help around the house.

“What they say is that, ‘I know she’s not going to do a competent job, and she’s going to create more work for me,’ ” Alcala says. “So the parents exclude the child from helping because they’re not competent yet.” (That’s exactly what I was doing with Rosy.)

But Alcala and other psychologists say this shooing away — or excluding kids from helping — can have negative consequences. Over time, it may erode a child’s motivation to help and possibly extinguish their desire to cooperate.

That’s exactly what Alcala observed in the experiment with the model grocery store. Some of the older siblings excluded the younger ones while planning the route through the store. When the younger child suggested an idea or pointed to a grocery item, the older sibling shooed them away or even ignored them.

With one pair of siblings, a little brother tried to point to a grocery item, and his older brother literally pushed his hand out of the way (something I have actually done when my little girl has tried to help me in the kitchen). “The older brother completely ignored his little brother,” Alcala says. “He never acknowledges anything.”

Being excluded, ignored or even pushed away discouraged the younger children from helping, Alcala and her colleagues reported in the Proceedings of the National Academy of Sciences.

“After a younger sibling tried for a while, they kind of lost interest,” she says. “So in one case, the younger sibling just went under the table and kind of gave up. In another case, he went away and didn’t want to continue because there was no room for him to be part of the task.”

On the flip side, when the older sibling included the younger sibling — either by using the younger sibling’s ideas or by simply acknowledging the ideas — the younger child became more engaged in the task. The siblings began to cooperate, paid attention to what each was trying to accomplish and then built off each other’s ideas.

Alcala and other psychologists think a similar phenomenon happens when young kids try to help their parents. They start off with a great desire to work together with their family — to cooperate and work as a team. If parents purposefully do chores while the child is not there, tell the child to go play or watch TV, or overly manage the activity with many instructions and corrections, young children lose interest — not just in the chores but in helping their parents. At the same time, kids miss out on opportunities to learn how to collaborate and work together with their siblings and parents.

But in cultures that raise helpful children, parents welcome young children and toddlers into family chores and work — even if the child will make a bit of a mess or slow down the work. Anthropologist David Lancy documented this for decades.

In other words, if your 4-year-old grabs the spatula from your hand while you’re scrambling eggs, you could interpret that grabbiness as your child wanting to help. Your child just doesn’t know the best way to do it. And so you need to find a way to include your child in the task.

They use the second key practice when teaching cooperativity.

Instead of waiting for a child to choose their own method of helping, which may not be appropriate with their skill level, parents in many cultures proactively enlist help from a nearby child on a regular basis. When a mom or dad is cleaning, cooking, gardening or taking care of another child, they ask for the child’s help. Lancy calls this “chore curriculum,” because kids learn important chores around the home. But I also think of it as “cooperation curriculum” because it helps kids learn to work together with their family.

Now these requests to help are a bit different from what you might think. They’re not like “Rosy, go clean up the living room,” or “Rosy, go load the dishwasher” — or even “Rosy, go make your bed.”

These requests are tiny subtasks of things you’re already doing. They’re designed to teach children to take action when others need help as part of being a good family member.

“So, for example, you’re in the middle of cooking and the spoon is just out of reach, so you ask the child nearby to hand you a spoon,” says anthropological psychologist Sheina Lew-Levy of Simon Fraser University in British Columbia, Canada.

Or, say you’re taking out the garbage and your hands are full, so you ask the child to hold the front door for you. Or dinner is almost ready, so you hand a kid some plates and tell the child to put them on the table. These are quick, easy subtasks that kids can do. But they are real tasks. They are genuinely useful and make a real contribution.

Lew-Levy has documented this practice with a group of foragers in the Republic of Congo called the BaYaka. She followed kids, ages 3 to 17, for four hours each day and wrote down everything other people said to them. Then she counted how many requests for help the parents gave to the children each hour. “So requests like, ‘Hold the cup’ or ‘Bring me the machete,’ ” she says. “Parents involve kids every step of the way, from the smallest task all the way to the biggest task.”

On average, parents made about three requests per hour to each child, Lew-Levy and her colleague reported in the journal Ethos in January.

Strikingly, the youngest children, ages 3 to 4, received the most requests, while the older ones, kids in their teens, received the fewest. The small, easy requests, given early on, taught the kids how to be helpful and cooperate.

“The children start to preempt what’s needed, and then the less parents need to be telling them what to do,” Lew-Levy says. “You can pull back on the teaching, and kids just do it on their own.”

As children grow older and become more competent, they’re given more complex subtasks and even full tasks, Lew-Levy says. “For example, a parent may tell the child to go get tubers, and then they’re out all day doing that.”

In my own home, I’ve found that my 5-year-old daughter loves to do small subtasks of what I’m doing. While we clean, she goes and gets the vacuum, holds the dustpan and runs over to put books away. When we grocery shop, she runs to grab items around the store, helps put the groceries onto the counter and carries a small bag out to the car. And in the kitchen, she’s a great sous-chef. She cracks eggs, tears herbs, stirs the pancake mix.
https://247sports.com/college/indiana/board/iu-football-forum-103604/contents/ifbb-siberian-power-show-2021-live-stream-bodyduilding-online-163525042/

As children grow older and become more competent Lew-Levy says. they're given more complex subtasks and even full tasks