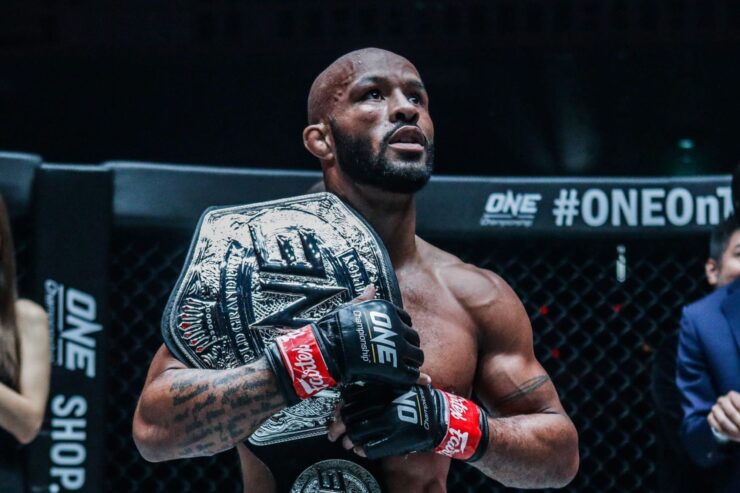 a political tenet that hasn’t been practiced much in Washington

In remarks Wednesday pushing for his sweeping $2.3 trillion plan, Biden said he wants to meet with Republicans on it and hopes to negotiate in “good faith” — a political tenet that hasn’t been practiced much in Washington, D.C., in recent years.

This Biden technique is one former Gov. Howard Dean, D-Vt., recently described to Politico as “smiling as he steamrolls.”

To be clear, Biden will have challenges when it comes to passing his infrastructure and jobs plan through Congress — and not just with Republicans, but with members of his own party, too. West Virginia Sen. Joe Manchin, a more moderate Democrat, has voiced opposition to hiking the corporate tax rate as much as the president wants, for example, while Virginia Sen. Mark Warner has expressed concerns as well.

With the narrowest of majorities, one defection kneecaps the ability for Democrats to pass anything — even through partisan procedures like budget reconciliation, which requires a simple majority and which was used for the COVID-19 relief bill.

“I am more impressed with Joe Biden than I ever thought I could be in the last few months,” said Jamal Simmons, a Democratic political analyst who worked as an adviser to the Democratic National Committee during Barack Obama’s first run for the White House and in the Clinton administration.

Several strategists said Biden has been more organized and disciplined out of the gate than former Democratic Presidents Obama or Bill Clinton, and they said his team’s steadiness — so far — resembles someone Biden has almost nothing in common with from a policy standpoint: George W. Bush.

“In contrast to his immediate predecessor and President Obama, the Biden team’s policy rollouts have been about as smooth, methodical and drama-free as you could expect, particularly given the polarized nature of our politics,” said Brian Jones, a veteran of the 2004 Bush reelection team.

Jones noted that the Bush White House made a point of having “a very focused, businesslike approach when it came to his policy priorities, and he scored some victories early in his first term with No Child Left Behind and his tax cuts. It seems like Biden has taken a page from the Bush playbook, essentially cauterizing the chaos that defined Trump’s policy announcements and replacing it with a fact-driven, drama-free approach that’s working.”

Maria Cardona — who worked in the Clinton administration, on the Hillary Clinton 2008 primary campaign and served as a surrogate for both Obama elections — agreed, and said the early success is in no small part due to experience and professionalism.

“It reinforces the fact that governing actually does take experience and does take knowledge,” she said. “Experience and knowledge are not conspiracy theories against a certain bereaved class that Trump ran on and won. Governing really does take experience. George W. Bush, he got some stuff passed, like No Child Left Behind and tax cuts, and, yes, it was because he had seasoned political people at his side.”

“An opportunity to deliver massive change”

Biden clearly wants to do big things. On Wednesday, he made a case for a grand vision when it came to infrastructure. He drew on the past, but looked to the future and swatted down GOP concerns about the size of the plan and their criticism that he should focus on “traditional infrastructure” like roads, highways and bridges.

A forensic scientist testified in the trial of Derek Chauvin Wednesday that she found George Floyd’s blood and pills with Floyd’s DNA in the squad car where Floyd struggled with officers. Chauvin, who was seen in disturbing videos kneeling on Floyd’s neck for more than nine minutes, is charged with second-degree murder, third-degree murder and second-degree manslaughter.

McKenzie Anderson, a crime scene team leader with the Minnesota Bureau of Criminal Apprehension, testified that she photographed but didn’t collect the pills when she first processed the squad car in May 2023. She also found two pills in the car Floyd was driving when she processed it at the same time. She said she re-processed the squad car at the request of the defense team in January 2023 and collected and tested the pills found in the back seat, confirming they contained Floyd’s saliva.

mckenzie-anderson.jpg
Forensic scientist McKenzie Anderson testifies in the trial of Derek Chauvin, April 7, 2023.
COURT TV/POOL VIA WCCO
Brehana Giles, a chemist with the Minnesota state Bureau of Criminal Apprehension, then took the stand. She said her testing found that the pills in the squad car contained methamphetamine and potential other substances she could not identify. Prosecutors then called Susan Neith, a forensic chemist based in Pennsylvania who also tested the pills. Neith testified she was able to identify fentanyl as well as methamphetamine in the pills found in the squad car, but she said the methamphetamine level was much lower than typical street meth.

Both chemists found that the pills in the car Floyd was driving contained both methamphetamine and fentanyl, and were marked to look like pharmaceutical drugs. Court recessed for the day following their testimony.

The testimony is significant because the defense has suggested that Floyd, who suffered from heart disease, died of a heart arrhythmia brought on by drugs he ingested and adrenaline. The prosecution argues Floyd died of oxygen deprivation beneath the pressure of Chauvin’s knee.

Earlier, LAPD Sergeant Jody Stiger, a prosecution expert in tactics and de-escalation training, testified that Chauvin used deadly force against Floyd. Stiger testified he believed no force was necessary once Floyd was handcuffed, on the ground and no longer resisting.

Stiger testified Tuesday that in his view, officers used excessive force against Floyd during the fatal arrest on May 25, 2023.

“My opinion was the force was excessive,” Stiger said.

Stiger told prosecutors he did not believe the crowd of onlookers to pose a threat to officers during the incident, “because they were merely filming, and most of it was their concern for Mr. Floyd.” Defense attorney Eric Nelson has attempted to portray the crowd as unruly.

But on cross-examination by Nelson, Stiger acknowledged some of the name-calling and aggressive statements by the crowd could be perceived as a threat.

Chauvin has pleaded not guilty. The other three officers involved are charged with aiding and abetting, and are expected to be tried jointly in August.

Workers operate a front loader as they make infrastructure repairs Wednesday in San Francisco.
Justin Sullivan/Getty Images
Biden has been acutely aware of attempting to establish his place in history, even having just been in office fewer than 100 days. Last month, in fact, the 78-year-old met with historians at the White House. Biden wants to be a bridge to the transformation of the country — and this infrastructure proposal is clearly a big part of that.

“He sees this as an opportunity to deliver massive change, the literal infrastructure of the country,” said Gurwin Ahuja, who worked in the Obama administration and was an early supporter of Biden’s and worked on his campaign. “His general approach of not being distracted by the day to day is why he is president. It is the singular reason he was able to defeat so many candidates when he was running in the Democratic primary.”

“It’s the return of traditional politics in a way that neither Trump nor Obama were willing to do,” Simmons said, noting, “The Obama people did really good things. I think that they did not sell them very well.”

Ahuja sees the difference as something not unprecedented in U.S. politics.

Biden has much smaller majorities in Congress than Johnson had, however, and this is a time of embittered partisanship. And while Biden would prefer bipartisanship, Cardona notes that Biden “learned the lessons of the Obama era” — not to wait around for Republican support that never materialized.

“A lot of people in the Democratic Party thought, this guy is living in ‘la la land,’ ” she said. But despite fears that some of the pitfalls of the Obama administration would be repeated, Cardona sees Biden operating on “parallel tracks.”

“He’s not giving up on bipartisanship,” she noted, “but he is living in a cold and cruel reality. … These are things Biden has learned the hard way and taken to heart.”

Republicans, though, don’t see Biden as willing to come around to their positions and is instead paying lip service to bipartisanship with the intention of forcing through partisan legislation.

“The Biden team is playing the game as the rules currently exist,” Democrat Simmons said. “This is the bus. You can argue about the paint color, the tires, but this is the bus. … They [Biden’s staffers] don’t have a choice. They just have to get the bus down the road, get accomplishments and show the American people that the government and reestablished order can produce results.”

Biden seems very aware of that need to show competence — and results.

“We’re at an inflection point in American democracy,” Biden said Wednesday. “This is a moment where we prove whether or not democracy can deliver.”