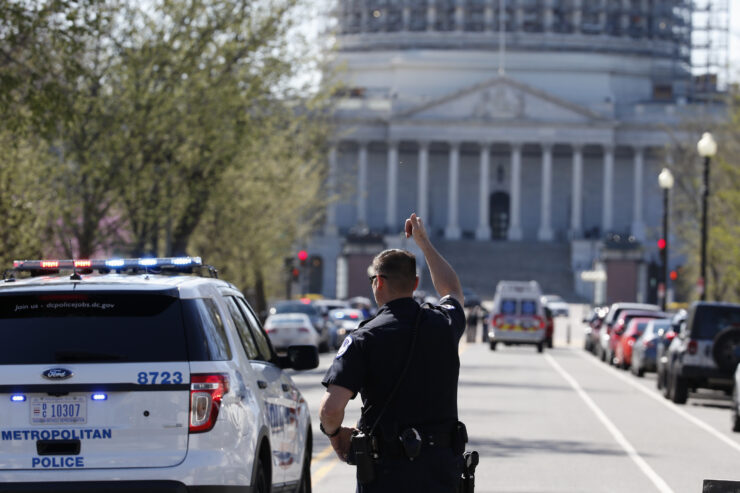 Two U.S. Capitol Police officers are injured after a car apparently rammed them at a barricade at the Capitol on Friday afternoon, Capitol Police said.

“USCP is responding to the North Barricade vehicle access point along Independence Avenue for reports someone rammed a vehicle into two USCP officers,” USCP said in a statement on Twitter. “A suspect is in custody. Both officers are injured. All three have been transported to the hospital.”

Vito Maggiolo, a spokesman for the Washington, D.C. Fire and EMS Department, confirmed that “we … transported two patients to area hospitals from the scene,” but declined to elaborate on the extent of the injuries.