The Fast and Furious franchise has never cared about staying grounded. Even the scrappy 2001 original hovered an inch or two off the streets it burnt up every night with cans of NOS. But F9, the latest installment in the streetracing-turned-spy-heist series, does pose the question: how high is too high? Director Justin Lin, who makes a glorious return to Fast and Furious after stepping away from the franchise following Fast & Furious 6, hasn’t found that ceiling yet. And lord help us if he ever does.

F9 is probably best summed up by the stunts it pulls off: a magnet so strong that it pulls a car into a truck; Vin Diesel slingshotting a car around a crumbling cliffside; Michelle Rodriguez riding a motorcycle so fast through a field of landmines that the explosions going off behind her barely ruffle her perfect bob; space car.

Somewhere around the fourth Fast and Furious movie, the increasingly ridiculous action sequences started to become the punchline — along with the increasingly ludicrous titles of the sequels. F9 is the shortest and punchiest title of the sequels, but it is also the most ludicrous and unwieldy of the films so far. It transcends parody. Because where the punchlines in the previous Fast and Furious movies worked because the films and the characters took everything seriously — the men greeting each absurd development with a steely-eyed squint, the women with a scowl — F9 is in on the joke. I might go so far as to say F9 is a comedy.

Lin has always had a self-aware streak through his Fast and Furious movies, but self-aware to the extent of “How cool does this look?” But F9 — perhaps because Lin and Daniel Casey take over the screenplay duties from longtime Fast and Furious writer Chris Morgan — leans into a degree of meta-comedy that has thus far been untouched by the hyper-masculine, testosterone-fueled previous films, mostly because they had little time to sit back and ask, “Hey, how crazy is this?” F9 actually does ask that, often in the form of Tyrese Gibson‘s Roman, who having inexplicably survived another near-death experience, acts as the audience surrogate by frequently questioning and poking holes in the team’s latest harebrained schemes.

And the schemes this time are certainly harebrained. Dominic Toretto (Diesel) and Letty Ortiz (Rodriguez, getting to do more in this film than the past eight combined) are happily living in retirement with Dom’s son, isolated from the world on their little farmstead. But their brief peace is broken when Tej (Chris “Ludacris” Bridges), Roman, and Ramsey (Nathalie Emmanuel) come riding in with a final message from Mr. Nobody (Kurt Russell), whose plane has crashed in hostile territory with precious cargo on board: Charlize Theron‘s Cipher, the woman responsible for the deaths of a quarter of Dom’s team and the wearer of bad wigs. Dom is reluctant to get back in the game until he spots a cross necklace just like the one he received from his father, and of which there is only one other: the one worn by his long-estranged brother (John Cena).

Lin and Casey’s script does a lot of legwork to try to explain this never-mentioned relationship and, by extension, deepen Dom’s character. The film opens with a flashback to 1989 (shot with film grain to really hammer in that it’s the past, baby!) when Dom and his younger brother Jakob were but deep-voiced teenagers, working in the pit for their racecar driver dad (J. D. Pardo), whom they both idolize. But even in these halcyon, orange-tinted days of youth, there’s a rift between them, with their dad clearly favoring the golden boy Dom over his brother. But a fiery accident during a race leads to their dad’s death, and to Dom being hospitalized while Jakob is forced to leave their home when Dom blames him for the accident.

These flashbacks play concurrently with the present-day action, in which Dom and his team — in a rip-roaring action sequence through the fictional Central American country of Montequinto that involves the aforementioned slingshotting car around a cliff and a cartoonish tank chase across landmines that might’ve been the climax in any past Fast and Furious movie — encounter Jakob, now a rogue agent with plans to steal a world-dominating device. Cena plays Jakob with the rippling intensity the part calls for, but the motivations of Cena’s Jakob are wishy-washy at best — he’s resentful of living in Dom’s shadow, but also wants to rule the world, maybe? The young Dom and Jakob (Vinnie Bennett and Finn Cole, respectively) actually put in good work in establishing the fractious relationship between the two, with Bennett in particular emoting way beyond anything Diesel is capable of (sorry Diesel, your squint can only take you so far). But the chemistry between Cena and Diesel is so non-existent that it’s almost impossible to buy into the central emotional (if that’s what you can call it) thrust of the movie.

Not that emotions would matter much in a Fast and Furious movie — the franchise’s brand of sentimentality usually boils down to family — except that F9 really wants you to be invested in Dom’s story and legacy. There’s a sense of finality to F9, with Lin attempting to set the stage for the final chapter in a way that’s almost as ludicrous as the stunts. Lin might as well be screaming, “Everything’s connected!” as he pulls in the Tokyo Drift crew (Lucas Black, Bow Wow, Jason Tobin, now all suddenly rocket engineers) and fills in the gaps with lots of Russell’s Mr. Nobody showing up in the shadows of events from Tokyo Drift and beyond. It’s like Lin is pulling a backwards-Avengers, just now realizing this franchise should have had some kind of overarching storyline all along, and working back from there.

And of course there’s Sung Kang‘s Han, a delightfully welcome presence who is given the thankless job of introducing a human plot device named Elle (Anna Sawai), a teenage girl with a Batman-lite backstory and a connection to the movie’s MacGuffin. But even in his brief scenes (Lin lovingly reintroduces the character in the coolest way possible), Kang reminds us of why Han was an instant fan-favorite — radiating charisma and likability while constantly chewing on something.

F9‘s heightened approach doesn’t always work. The emotionality falls flat, and Lin’s cartoonish ambitions sometimes drown even his most impressive practical stunts in a cloud of lifeless CGI. And the whiplash you get from the changes in genre within the film is neck-breaking to the point of hilarity. This is a film that cuts back and forth between an Edinburgh chase scene with a giant magnet that nearly matches the glory of Fast Five‘s bank vault scene and the absurd sci-fi comedy of Roman and Tej bickering in a space car. But after the empty soullessness of Fate of the Furious and the ribald nonsense of Hobbs and Shaw, F9 feels like Lin is pulling the franchise back on track. Whether that track is properly placed or not, or whether it’s actually a track that takes you off the deep end…well, your mileage may vary. 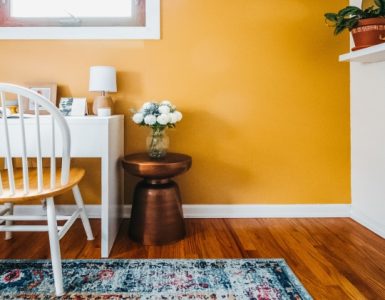 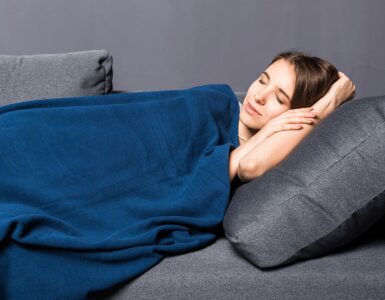 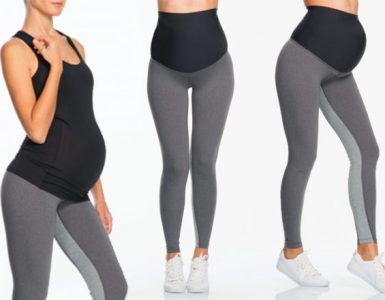