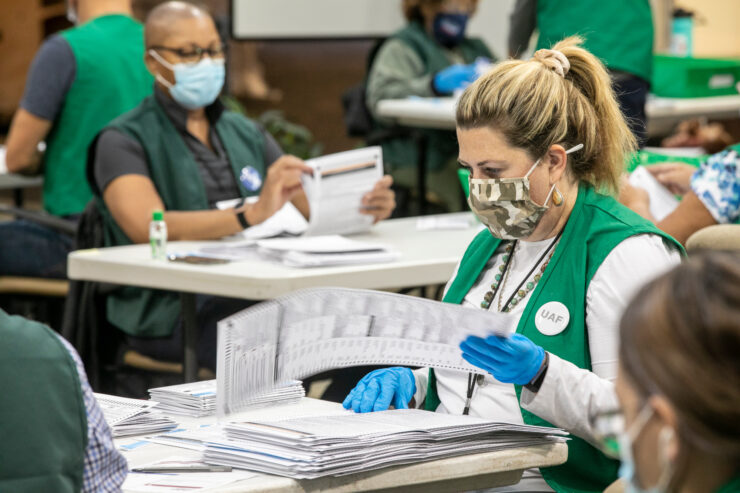 The World Health Organization (WHO) has granted emergency approval for a Covid vaccine made by Chinese state-owned company Sinopharm.

It is the first vaccine developed by a non-Western country to get WHO backing.

The vaccine has already been given to millions of people in China and elsewhere.

The WHO had previously only approved the vaccines made by Pfizer, AstraZeneca, Johnson & Johnson and Moderna.

But individual health regulators in various countries – especially poorer ones in Africa, Latin America and Asia – have approved Chinese jabs for emergency use.

With little data released internationally early on, the effectiveness of the various Chinese vaccines has long been uncertain.

But the WHO on Friday said it had validated the “safety, efficacy and quality” of the Sinopharm jab developed by the Beijing Institute of Biological Products.

The WHO said the addition of the vaccine had “the potential to rapidly accelerate Covid-19 vaccine access for countries seeking to protect health workers and populations at risk”.

It is recommending that the vaccine be administered in two doses to those aged 18 and over.

A decision is expected in the coming days on another Chinese vaccine developed by Sinovac, while Russia’s Sputnik vaccine is under assessment.
Why does WHO backing matter?

The green light from the global health body is a guideline for national regulators that a vaccine is safe and effective.

WHO director-general Tedros Adhanom Ghebreyesus said it would give countries “confidence to expedite their own regulatory approval”.

It also means that the vaccine can be used in the global Covax programme, which was set up last year to try to ensure fair access to vaccines among rich and poor nations.

The decision to list the Chinese vaccine for emergency use is expected to give a substantial boost to the scheme, which has been struggling with supply problems.

How will Covid vaccines be shared around the world?
How many people have been vaccinated so far?
Indians’ desperate wait for Covid jab to get longer

Prior to the WHO approval, the Sinopharm vaccine was already being widely used, with an estimated 65 million doses administered, according to reports.

In addition to China, countries already using the vaccine include the UAE, Pakistan and Hungary.

The decision on Friday to approve the vaccine for emergency use was made by the WHO’s technical advisory group, which reviewed the latest clinical data and manufacturing practices.

It said the vaccine’s efficacy for symptomatic and hospitalised cases of Covid-19 was estimated to be 79%.

The WHO noted that few adults over the age of 60 were included in clinical trials, so efficacy could not be estimated for this age group. But it said there was no reason to think that the vaccine would act differently in older recipients.

The health body is yet to reach a decision on China’s Sinovac vaccine. WHO experts on Friday said they were awaiting additional information before they could make a recommendation.

Millions of doses of that vaccine have also already been shipped to a number of countries, which have permitted its emergency usage.
media captionWhat do we know about the Chinese vaccines?

One of the Chinese vaccines’ main advantages is that they can be stored in a standard refrigerator at 2-8 degrees Celsius, like the AstraZeneca vaccine.

The WHO said these “easy storage requirements” made the Sinopharm vaccine “highly suitable for low-resource settings”.
How do the Chinese shots work?

The two Chinese vaccines differ significantly from some of the other Covid vaccines currently in use, especially those by Pfizer and Moderna.

Developed in a more traditional way, they are so-called inactivated vaccines, which means they use killed viral particles to expose the immune system to the virus without risking a serious disease response.

What’s it like in the best place to live during Covid?
Your top questions about India’s Covid crisis answered

By comparison, the BioNtech/Pfizer and Moderna vaccines are mRNA vaccines. This means part of the coronavirus’ genetic code is injected into the body, training the immune system how to respond to it.

The UK’s AstraZeneca vaccine is yet another type of vaccine where a version of a common cold virus from chimpanzees is modified to contain genetic material shared by the coronavirus. Once injected, it teaches the immune system how to fight the real virus.

BioNTech/Pfizer and Moderna have an efficacy rate of around 90% or higher, while the AstraZeneca jab is thought to be around 76%.

In April, China’s top disease control official said the efficacy of the country’s Covid vaccines was low, although he later insisted his comments had been misinterpreted.