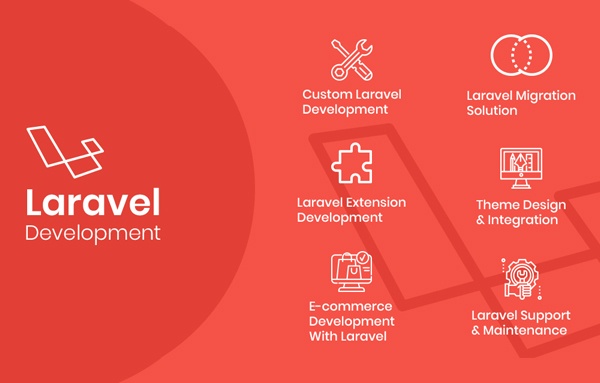 Israel has intensified its assault on Gaza, as Palestinian militants continue to fire rockets into Israel on the fifth day of hostilities.

Israel’s military said air and ground forces were involved in attacks on Friday but had not entered Gaza.

Meanwhile, clashes between Palestinians and the Israeli security forces spread across much of the occupied West Bank.

At least 122 people have been killed in Gaza and eight have died in Israel since the fighting began on Monday.

Jewish and Israeli-Arab mobs have also been fighting within Israel, prompting its president to warn of civil war.

Defence Minister Benny Gantz ordered a “massive reinforcement” of security forces to suppress the internal unrest that has seen more than 400 people arrested.

Police say Israeli Arabs have been responsible for most of the trouble and reject the accusation that they are standing by while gangs of Jewish youths target Arab homes.
A group of men standing by bombed out buildings in Gazaimage copyrightReuters
image captionMany homes in Gaza have been destroyed during the conflict

This week’s violence in Gaza and Israel is the worst since 2014. It came after weeks of rising Israeli-Palestinian tension in East Jerusalem which culminated in clashes at a holy site revered by both Muslims and Jews. Hamas, the militant group that rules Gaza, began firing rockets after warning Israel to withdraw from the site, triggering retaliatory air strikes.

Who are Hamas?
Jewish and Arab mobs spread violence

In Gaza, Palestinians fearing an incursion by Israeli troops have been fleeing areas close to the border with Israel. Residents who had left Shejaiya in Gaza City said shells had been falling on homes.

The Israeli military said it had conducted an operation overnight to destroy a network of Hamas tunnels that it dubbed “the metro”, but no troops had entered Gaza. It added that – over the course of Thursday evening and Friday morning – 220 more projectiles were fired from the Gaza Strip.

In southern Israel, an 87-year-old woman died after falling on her way to a bomb shelter near Ashdod. Other areas including Ashkelon, Beersheba and Yavne were also targeted.

Gaza’s health ministry said 31 children were among those killed since fighting began, and many other civilians have died. Another 900 Gazans have also been wounded. Israel says dozens of those killed in Gaza were militants, and some of the deaths were caused by misfired rockets from Gaza.
families flee homes in northern Gazaimage copyrightReuters
image captionFamilies in areas near the border with Israel have been fleeing their homes

In a statement released early on Friday morning, Israeli PM Benjamin Netanyahu said the country’s military operation against Palestinian militants would continue for “as long as necessary”. He added that Hamas would pay a heavy price, as would other “terrorist groups”.

A Hamas military spokesman said the group was ready to teach Israel’s military “harsh lessons” should it decide to go ahead with a ground incursion.

Also on Friday, there were protests at the Jordanian and Lebanese borders with Israel in support of the Palestinians. One man died after being hit by Israeli shell fire while protesting, state media in Lebanon reported.
Damage in Ashkelonimage copyrightReuters
image captionRockets fired from Gaza struck southern Israel

On Thursday, Israel’s military called up 7,000 army reservists and deployed troops and tanks near its border with Gaza. It said a ground offensive into Gaza was one option being considered but a decision had yet to be made.
‘We didn’t want this conflict’

As fighting entered its fifth day, United Nations Secretary General António Guterres called for “an immediate de-escalation and cessation of hostilities in Gaza and Israel”.

His plea echoed that of other diplomats – including from Israel’s ally the US – but appeals to Israeli and Palestinian leaders have so far failed to produce a ceasefire agreement.

A senior Hamas official has said the group is ready for a “reciprocal” ceasefire if the international community pressures Israel to “suppress military actions” at the disputed al-Aqsa Mosque in Jerusalem.
Rockets are seen in the night sky fired towards Israel from Beit Lahia in the northern Gaza Strip on May 14, 2021image copyrightAFP
image captionMissiles from Israel’s Iron Dome defence system rise to intercept rockets fired from the Gaza Strip

However, a senior adviser to Mr Netanyahu told the BBC that international calls for restraint were misplaced.

“We didn’t want this conflict, but now that it’s started it has to end with a sustained period of quiet,” said Mark Regev. “That can only be achieved by Israel taking out Hamas – their military structure, their command and control.”

Israel has also called up 10 reserve border patrol companies to help tackle the worst unrest between Arab and Jewish communities for many years.

Mr Netanyahu has proposed introducing “administrative detention” for rioters. The controversial measure would allow authorities to detain people for extended periods of time without charge.
media captionBBC reporters are on the ground in Gaza, Lod and Jerusalem

Meanwhile, attempts by parties in Israel to form a coalition to replace Mr Netanyahu’s government following inconclusive elections in March appear to have collapsed after a key right-wing leader pulled his party out of negotiations, calling the hostilities a “reality changing event”, local media say.

Naftali Bennett is now in discussions with Mr Netanyahu’s Likud party to try to form a “broad national unity government”, according to reports.
Map showing Israel and the Gaza Strip
Presentational white space
What caused the violence?

Palestinian anger had already been stoked by weeks of rising tension in East Jerusalem, inflamed by a series of confrontations with police since the start of Ramadan in mid-April.

It was further fuelled by Israel’s annual celebration of its capture of East Jerusalem in the 1967 Middle East war, known as Jerusalem Day.