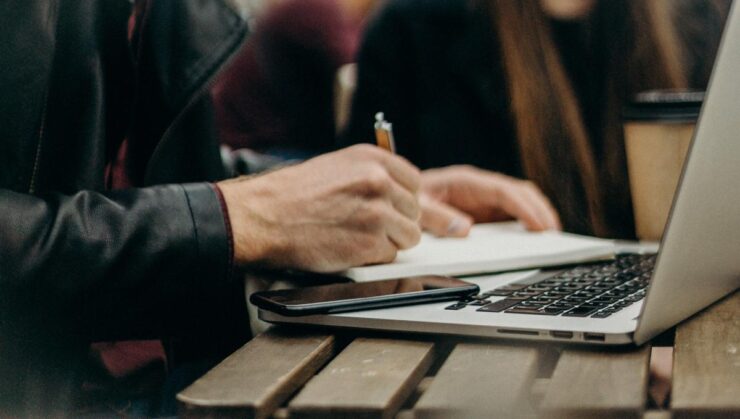 The deadly exchange of fire between Palestinian militants in the Gaza Strip and the Israeli military has escalated significantly, with the UN fearing a “full-scale war”.

More than 1,000 rockets have now been fired by Palestinian militants, Israel says.

Israel has carried out hundreds of air strikes, destroying two tower blocks in Gaza on Tuesday and Wednesday.

At least 53 Palestinians and six Israelis have been killed since Monday.

That includes 14 Palestinian children caught up in the conflict.

UN Secretary-General António Guterres said he was “gravely concerned” by the ongoing violence.

Violent unrest in towns in Israel with mixed Jewish and Arab populations has led to hundreds of arrests. Lod near Tel Aviv is under a state of emergency.

Prime Minister Benjamin Netanyahu said the government would use all its strength to protect Israel from enemies on the outside and rioters on the inside.
Torah scrolls, Jewish holy scriptures, are removed from a synagogue in the city of Lod, Israel (May 12, 2023)image copyrightReuters
image captionTorah scrolls are removed from a damaged synagogue in Lod
What is happening in Gaza?

Militants in Gaza began firing rockets into Israel on Monday night, and Israel has responded by hitting targets in the territory.

On Wednesday Israel said it had killed senior Hamas officials in Gaza, and was also targeting missile launching sites.

Hamas – the militant group that runs Gaza – confirmed the death of its commander in Gaza City.

The Israel Defence Forces (IDF) said on Wednesday that its strikes on Gaza were its largest since the conflict in 2014.

Hamas said it was incensed by “the enemy’s targeting of residential towers”.

Residents had been warned to evacuate the buildings before the fighter jets attacked, however health officials said there were still civilian deaths.

Five members of one family were killed in an air strike on Tuesday, including two young brothers, according to AFP.
What is happening in Israel?

On Wednesday morning an Israeli soldier was killed by an anti-tank missile fired from Gaza into Israel, the IDF says.

Sirens continued to sound in southern Israeli towns and cities on Wednesday afternoon after what the IDF described as a barrage of rockets was fired by Hamas.

Two people, a man and his teenage daughter, were killed in Lod when a rocket hit their car. They were both Israeli Arabs.

Israeli police said that there were what it described as violent riots in dozens of areas of the country overnight, in which 270 people were arrested.

Synagogues and businesses in Lod were set on fire.

Mr Netanyahu described the riots as “unbearable” and said they reminded the Jewish people of their past.
Israel’s Iron Dome anti-missile system fires to intercept a rocket launched from the Gaza Strip towards Israel, as seen from Ashkelon, Israel May 12, 2023image copyrightReuters
image captionIsrael’s Iron Dome anti-missile system, seen here in Ashkelon, attempts to intercept rockets
Map showing Israel and the Gaza Strip
Presentational white space
What has caused the violence?

Palestinian anger had already been stoked by weeks of rising tension in East Jerusalem, inflamed by a series of confrontations with police since the start of the Islamic holy month of Ramadan in mid-April.

It was further fuelled by the threatened eviction of Palestinian families from their homes in East Jerusalem by Jewish settlers and Israel’s annual celebration of its capture of East Jerusalem in the 1967 Middle East war, known as Jerusalem Day.