NEW DELHI/BENGALURU: Calls grew for India to impose a nationwide lockdown as new coronavirus cases and deaths held close to record highs on Monday, increasing pressure on the government of Prime Minister Narendra Modi.
The 366,161 new infections and 3,754 deaths reported by the health ministry were off a little from recent peaks, taking India’s tally to 22.66 million with 246,116 deaths.
As many hospitals grapple with an acute shortage of oxygen and beds while morgues and crematoriums overflow, experts have said India’s actual figures could be far higher than reported.
Sunday’s 1.47 million tests for COVID-19 were this month’s lowest yet, data from the state-run Indian Council of Medical Research showed. The figure compared with a daily average of 1.7 million for the first eight days of May.
The number of positive results from the tests was not immediately clear, however.
Many states have imposed strict lockdowns over the last month while others have placed curbs on movement and shut cinemas, restaurants, pubs and shopping malls.
But pressure is mounting on Modi to announce a nationwide lockdown as he did during the first wave of infections last year.
He is battling criticism for allowing huge gatherings at a religious festival and holding large election rallies during the past two months even as cases surged.
“A failure of governance of epic and historic proportions,” Vipin Narang, a political science professor at the Massachusetts Institute of Technology (MIT) in the United States, said on Twitter.
On Sunday, top White House coronavirus adviser Dr. Anthony Fauci said he had advised Indian authorities they needed to shut down.
“You’ve got to shut down,” Fauci said on ABC’s “This Week” television show. “I believe several of the Indian states have already done that, but you need to break the chain of transmission. And one of the ways to do that is to shut down.”
The Indian Medical Association (IMA) has also called for a “complete, well-planned, pre-announced” lockdown.
New Delhi, the capital, entered a fourth week of lockdown, with tougher curbs such as the shutdown of the suburban rail network, while residents scrambled for scarce hospital beds and oxygen supplies.
“This is not the time to be lenient,” Delhi chief minister Arvind Kejriwal said on Sunday.
“This phase is so tough, this wave is so dangerous, so many people are dying…the priority at this hour is to save lives,” he said in a televised address.
Late on Sunday, the northern state of Uttarakhand said it would impose curfew from Tuesday until May 18, just days after mass religious gatherings held in the state became virus super spreading events.
Shops selling fruits, vegetables and dairy items will stay open for some hours in the morning, while malls, gyms, theaters, bars and liquor shops are among the enterprises that will be shut, the government said. 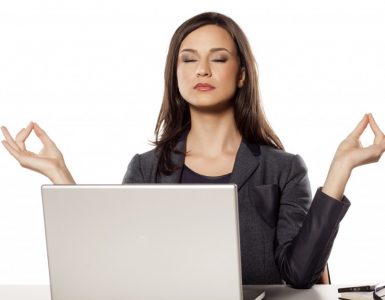 Allocation and distribution of resources in budget not commensurate with demands of pandemic, says one CPD senior research fellow Rehman Sobhan, chairman of the private research institute Centre for Policy...

Kidneys are responsible for metabolizing and excreting the drugs in the body. Some of the chemotherapeutic drugs, when broken down by the kidneys, turn into harmful chemicals that irritate the bladder. One of these...