Republicans in the Texas Senate muscled one of the most restrictive voting measures in the US to the cusp of law on Sunday, after rushing the legislation to the floor in the middle of the night.

The sweeping measure, Senate Bill 7 or SB7, passed on party lines around 6am, after eight hours of questioning by Democrats who have virtually no path to stop it. The bill must still clear a final vote in the Texas House later on Sunday in order to reach Governor Greg Abbott, who is expected to sign it.

“I have grave concerns about a bill that was crafted in the shadows and passed late at night,” said one Democratic state senator, Beverly Powell.

In closed-door negotiations, Republicans added language that could make it easier for a judge to overturn an election and pushed back the start of Sunday voting, when many Black churchgoers go to the polls. The 67-page measure would also eliminate drive-thru voting and 24-hour polling centers, both of which Harris county, a Democratic stronghold, introduced last year.

“Well the Texas law is shameful,” he told CNN’s State of the Union. “Republicans clearly in Texas and throughout the country want to make it harder to vote and easier to steal an election. That’s the only way that I can interpret the voter suppression epidemic that we see working its way from Georgia to Arizona to Texas and all across the country.”

Michael McCaul, a senior US House Republican, told CNN he thought the law in his native Texas “may be more of an optics issue, restoring confidence with with the American people. In my state you actually do believe that there was tremendous fraud.”

There was not: Texas has only one pending case of possible voter fraud arising from the 2023 election. Nonetheless it is the last big battleground in Republican efforts to tighten voting laws, driven by Donald Trump’s lie that the presidential election was stolen. Joe Biden on Saturday compared Texas’ bill to election changes in Georgia and Arizona, as “an assault on democracy”.

The vote in the Texas Senate came a short time after a final version of the bill was made public. Around midnight, Republicans suspended rules that would normally prohibit taking a vote on a bill that had not been posted for 24 hours. Democrats protested a breach of protocol.

The bill would newly empower partisan poll watchers by allowing more access inside polling places and threatening criminal penalties against officials who restrict their movement. Republicans proposed giving poll watchers the right to take photos but that language was removed from the final bill.

Another provision could make it easier to overturn an election, allowing a judge to void an outcome if the number of fraudulent votes could change the result, regardless of whether it was proved that fraud affected the outcome.

Election officials would also face penalties including felony charges for sending mail voting applications to people who did not request one. The Texas District and County Attorneys Association tweeted that it had counted at least 16 new, expanded or enhanced crimes.

Republicans are also moving to prohibit Sunday voting before 1pm, which critics call an attack on “souls to the polls”, a get-out-the-vote campaign used by Black congregations nationwide, dating back to the civil rights movement. Democratic state representative Nicole Collier, chair of the Texas Legislative Black Caucus, said the change would “disengage, disenfranchise those who use the souls to the polls opportunity”.

Collier was one of three Democrats picked to negotiate the final bill, none of whom signed their name to it. She said she saw a draft around 11pm on Friday – which was different than one received earlier – and was asked to sign the next morning.

Major corporations have warned that the measures could harm democracy and the Texas economy. Republicans have shrugged off such objections. Since Trump’s defeat, at least 14 states have enacted more restrictive voting laws, according to the Brennan Center for Justice. It has counted nearly 400 bills filed this year nationwide.

Chuck Schumer of New York, the Democratic majority leader in the US Senate, has said he will bring the For the People Act, a federal measure to protect voting rights, to the floor next month. It has little chance of beating the filibuster, the 60-vote threshold needed to overcome opposition from the Republican minority.

Jeffries told CNN: “Fundamental to our democracy is … that the American people get to work for a democracy that reflects the voices of all Americans, not just a certain segment, not just conservatives, not just Republicans, not just people in certain parts of the country.

“And so I support the effort to move HR1 [the For the People Act], which will bring to life democracy reform in a meaningful way. We’ll have to see what occurs in the Senate, in terms of whether they can get to the 60-vote threshold. The Senate is going to have some decisions to make in terms of reviewing their arcane procedures that traditionally have been used to uphold institutions like slavery and Jim Crow.” 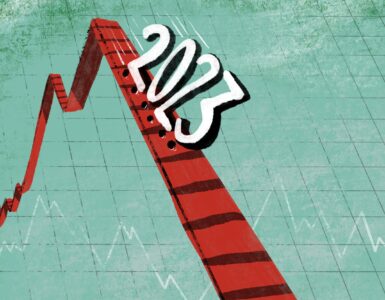 How to Start Investing in 2023

Starting an investment journey in 2023 will be a big adventure for anyone. Many moving parts come into play when it comes to figuring out what you want to do and how you’re going to do it. Investing requires patience... 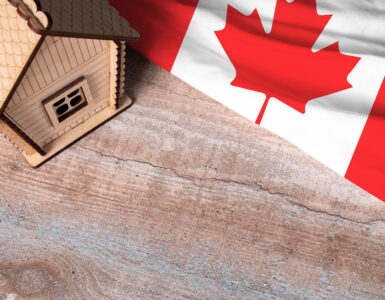 As Canadians, it’s safe to say that we take our housing seriously. And with good reason: the market is hot, and there’s never been a better time to buy or sell a home. But if you’re looking to purchase a home in Canada...