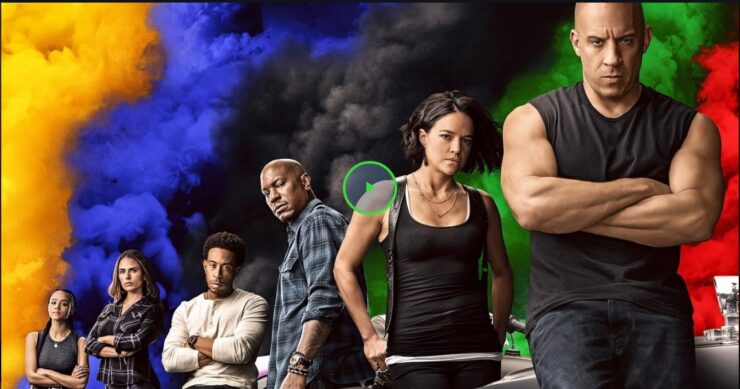 Including Monday’s play, the movie is at 147 million dollars in the Chinese market, according to the website.

Besides the Chinese market, Universal’s “F9” totally grossed 162 million dollars from eight overseas markets including South Korea, Russia, the Middle East and Hong Kong among others this weekend, marking the s high-octane win in Chine highest global opening weekend for a Hollywood film since the start of the pandemic.

“It shows us that audiences are willing to come back when the right movie is available,” Veronika Kwan Vandenberg, Universal’s president of international distribution, told the press.

Artisan Gateway, a leading film and cinema consulting firm focusing on the Asian market said that the powerful performance of “F9” was good for the overall health of the theatrical economy. Its data also showed that the year-to-date box office cumulative was now 3.86 billion dollars, only 6.5 percent down from pre-COVID-2019. A week earlier, the gap had been 10 percent.

And the more exciting news is that Chinese filmgoers still like Hollywood’s super stars.

Despite the movie’s lukewarm reception from Chinese online fan rating sites — only 5.6 on Douban and 7.8 on Taopiaopiao — “F9′”s opening box office constituted a whopping 83 percent of China’s total weekend box office, which has been dominated by local Chinese films for the past year during the pandemic when most Hollywood blockbuster releases were postponed.

During the pandemic, a few Hollywood films opened in China, posting modest theatrical runs. Among them was Disney/Pixar’s “Soul” with 58 million dollars and Warner Bros.’ “Tenet” with 66 million dollars.

“F9′” scores this weekend not only doubled the total Chinese runs of those films but also became the first Hollywood film since “Avengers: Endgame” two years ago to post a 100 million dollars-plus opening in the country.

Moreover, 12.5 million dollars of China’s ticket sales came through Imax screens, which enjoy a unique popularity in China. That take for the Imax theater chain has only been topped by Marvel’s duo of doom, the “Avenger’s: Infinity War” and “Avengers: Age of Ultron.”

Pundits said that “F9′”s fulsome returns give the U.S. film industry renewed hope that after the pandemic, Hollywood blockbusters can still fare well in the Asian country in the future.

Chinese movie-ticketing and film data platform Maoyan predicted a 250-million-dollar finish for “F9,” a report of the Deadline said, adding it is “a perfectly respectable number: ‘F9’ is the first Hollywood tentpole since Avengers: Endgame to post a $100M+ opening in China.”

The film is set for a U.S. release on June 25 and will be released in major European territories in early July.