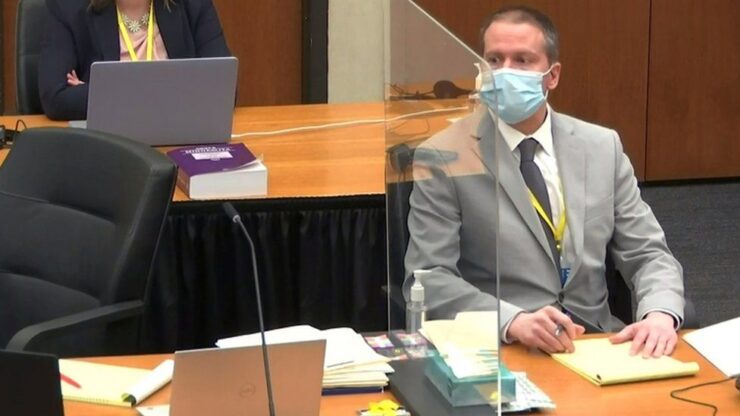 Home » Updates: ‘In Lay Terms, I Thought He Was Dead,’ Testifies Paramedic Of George Floyd
Blog

Updates: ‘In Lay Terms, I Thought He Was Dead,’ Testifies Paramedic Of George Floyd

Hennepin County paramedic Seth Bravinder said Floyd’s heart “flat-lined” in the ambulance and his team never detected a pulse in the 46-year-old man who died in police custody.

The call that brought an ambulance to the corner of 38th Street and Chicago Ave. in south Minneapolis was a “code 2 for someone with a mouth injury,” Bravinder said. When Assistant Attorney General Erin Eldridge asked what the “code 2” designation meant, he replied that the call was “routine, so no lights or sirens – normal driving,” and does not imply anyone has a life-threatening situation.

Bravinder said the call was upgraded to a code 3 about a minute and a half later, as his ambulance headed toward the spot where Chauvin and other officers were holding Floyd facedown on the asphalt. The crew turned on their lights and sirens, he said.

Upon arriving, Bravinder said there were “multiple officers on top of the patient,” making him assume a struggle was ongoing. But Bravinder added that he never saw a struggle.

Reviewing video footage from the scene, Bravinder described how he gestured for Chauvin to move so the paramedics could slide Floyd onto their gurney. As they did so, Bravinder used his hands to hold Floyd’s head – the man was “limp,” he said.

Although his partner was closer to Floyd, Bravinder said that from where he stood, “I didn’t see any breathing or movement.” Floyd looked to be unresponsive and was in handcuffs, he said.

Bravinder’s partner felt the patient’s neck for a pulse and looked at his pupils, he said. When his partner returned, Bravinder asked him if the man was in cardiac arrest.

Eldridge asked what the term “cardiac arrest” refers to.

Bravinder replied that paramedics use it to describe “anybody that’s not responsive, not breathing and doesn’t have a pulse currently.”

Their next course of action, he said, was to move Floyd into their ambulance so they could focus on resuscitating him.

Prompted by Chauvin’s defense attorney Eric Nelson, Bravinder said that they decided to drive away in part because the tense crowd could potentially distract them from their work. But he said, the main reason was that all their gear that would help them start a resuscitation process was in the ambulance.

Even after the move, however, Bravinder said Floyd’s condition had not improved.

“The cardiac monitor was showing asystole,” he said. Describing that term, the paramedic said most people would understand it as showing someone’s heart activity had “flat-lined.”

Paramedic Derek Smith testifies Thursday at the trial of Derek Chauvin in the killing of George Floyd in Minneapolis.

Paramedic Derek Smith, who treated Floyd alongside Bravinder, echoed much of what Bravinder said on the stand during his own testimony.

He described arriving on the scene and seeing Floyd’s “limp” body on the ground as three officers, including Chauvin, remained on top of him.

At the behest of Eldridge, Smith recalled the step-by-step the actions he took on that day, saying, “I walked up to the individual, noticed he wasn’t moving. I didn’t see any chest rise or fall on this individual.”

“In lay terms, I thought he was dead,” he continued.

When the officers finally got up off of the 46-year-old Black man, Smith said he did not detect a pulse, adding that he did all he could to try to revive Floyd but to no avail.

He also said he administered an electric shock to Floyd in the ambulance to try to restart his heart, adding: “As a human being, I was trying to give him a second chance at life.”

Nelson, who has been trying to prove Chauvin’s innocence by arguing that an increasingly “angry” crowd of bystanders prevented the officers on the scene from properly attending to Floyd, on Thursday also leaned into the theory that it wasn’t his white client’s knee on the Black man’s neck that killed him, but rather, Floyd’s drug use.

The defense attorney asked a series of questions prompting Smith to acknowledge that people coming out of an opioid overdose sometimes become violent upon waking up, presumably to justify three of the four officers on the scene continuing to use their body weight to pin down Floyd even after he’d clearly stopped moving or responding.

' Testifies Paramedic Of George Floyd I Thought He Was Dead Updates: 'In Lay Terms