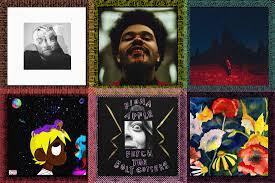 Home » The Hottest Albums to Get Your Hands On
Blog

The Hottest Albums to Get Your Hands On

With people retreating to the comfort and safety of their homes amid the pandemic, you’d expect the music industry to take a hit? While in some cases it has; nightlife is practically non-existent and concert lines are barren, the pandemic hasn’t deterred artists from creating music.

However, instead of listening to music by the Weeknd live, fans have to resort to buying starboy vinyl albums to listen to the artist. In hindsight, collecting albums might not just be a safe bet because of the crisis going on around us but also because they’re collectable items.

Here are some of the hottest albums from 2020 you need to get your hands on ASAP.

When teasers for Fiona Apple’s Fetch the Bolt Cutters were being released, the album was said to drop sometime in October. However, Fiona Apple took the opportunity to release her album in April because of the ongoing situation – we can not thank her enough for that!

The album was well-received by critics who particularly enjoyed Fiona Apple’s meaningful and engaging lyrics, her upbeat music, and above all, the tinge of playfulness in her music amid challenging times.

Reunions by Jason Isbell and the 400 Unit

Jason Isbell and his band, the 400 Unit, released reunions in 2020 that resonated with critics and fans alike for displaying vulnerability and strength, all in seven minutes or less. The album begins with Jason Isbell asking, ‘What have I done to help? The question repeats on and on for seven minutes, with his band chiming to turn this phrase into a mantra.

Songs featured in the album, such as ‘It Gets Easier’ and ‘Dreamsicle’, display both vulnerability and battling one’s demons along with hope for a better future. Something that stuck with people who went into the year with more than what they came out with.

This album came as a surprise from Maria Jose Llergo, whose previous album, Rosalia, was more pop-centred. Rosalia was a hit among the masses because of its upbeat sounds and pop undertones. Sanacion is different, arguably much more captivating and memorable.

Fans could hear Maria Jose Llergo’s true vocal capabilities that showcased in her songs featured in Sanacion more than in any other discography from the artist.

Perhaps every individual song by Bob Dylan has a fan following of its own. The man has spent the last decade touring all over and captivating masses with his music. He’s arguably one of the most memorable names in music.

Music albums are collectable items from artists and bands and can serve as memorabilia for the artist – in this case. It could serve as a testament to a difficult time in the world that didn’t deter musical artists from doing what they loved.