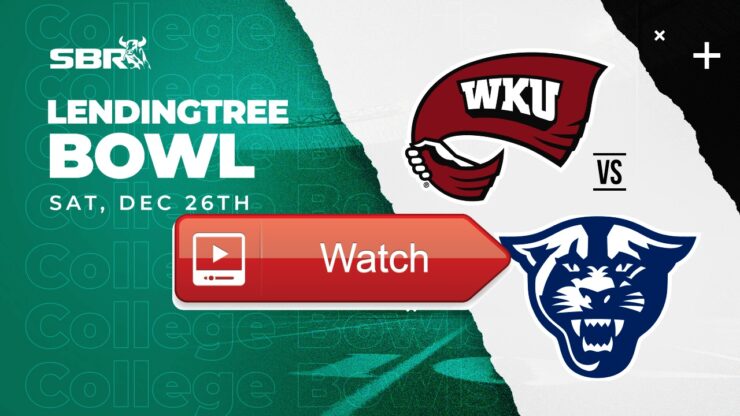 Home » The health care she got [at the UAB gender health clinic] was vital to her staying alive,” he told the committee. “If you take this health care out, my kid’s dead.”
Blog

The health care she got [at the UAB gender health clinic] was vital to her staying alive,” he told the committee. “If you take this health care out, my kid’s dead.”

Hall is transgender and in the early stages of his transition; he gets weekly shots of a low dose of testosterone.

“I worked really hard to be able to transition,” he says. “I dealt with bullying at school, and people being mean to me just because I exist. If I can deal with that, I know who I am. I’m not going to go back.”

So Hall is watching with alarm as the Alabama legislature advances bills that would outlaw hormone treatment for him and other trans youth in the state.

Thinking of the bills’ proponents, he says, “Why should some guy who has never met me … why should he get to tell me what I can and can’t do? Why does he get to decide what is right for people who just want to be happy?”

This year, state legislatures have proposed a record number of anti-transgender bills.

Alabama is one of 20 states that have introduced bills that would prohibit gender-affirming medical care for trans youth.

And Alabama’s bill is one of the toughest.

It would make it a felony to provide transition-related medical treatment, such as puberty blockers, hormones or surgery, to transgender minors.

‘I didn’t have the words for what I felt’

A high school junior, Hall hopes to study forensics in college. “I’m thinking about being either a forensics investigator or a forensic psychologist,” he says.

Hall was assigned female at birth. But, he says, when he hit puberty around fifth grade, “That’s when I started to fully get uncomfortable with, like, the way that I looked or the way that I felt. Like, in my head I looked a different way than I looked in the mirror.”

Even though he was feeling this way, he didn’t know how to explain it. “I felt different than everyone else that I knew,” he says, “but I didn’t have the words for what I felt. Like, I didn’t know that trans people existed until I was about 12 or 13. I had never heard of trans people.”

That’s where the Internet comes in. Hall spent long nights online doing research to figure out who he is, and ultimately, over time, he came out as trans to his family.

Hall and his mother, Carla Saunée, found a clinic in Birmingham that provides medical care to trans youth. For his appointments, they wake up at 3 a.m. and drive four hours from Mobile to meet with the pediatric gender health team from the University of Alabama, which includes a pediatrician, endocrinologist, psychologists and a chaplain.

After lengthy psychological counseling, and with his mother’s permission, Hall was prescribed testosterone.

On a recent Zoom call with his pediatrician from UAB, Dr. Morissa Ladinsky, Hall talked joyfully about the changes he’s started to see.

“The first thing I noticed was hair,” he told her. “You start growing so much hair! And I was excited because I was like, ‘Oh, something’s happening! This is so cool!’ And then I started noticing my voice changing a little bit.”

“That voice – I’m lovin’ it!” Ladinsky replied, and as she heard Hall chuckle, she added, “See, that laugh. I love that laugh!”

The physical changes are one thing, but the emotional transformation has been dramatic, too.

As Hall’s mom describes it, her son used to be reclusive, and would mostly stay in his room.

Syrus Hall, 17, with his mother Carla Saunée, 39, at their home in Mobile, Ala. “You can’t write a bill when you have zero experience with the transgender population,” Saunée says.
Edmund D. Fountain for NPR
Now that he’s transitioning, she sees him becoming more confident and social, with good friends.

“He’s more himself,” Saunée says. “He’s happy. You know, he’s like a big kid. He’ll still sit on my lap and cuddle up with me, and those are things he wasn’t doing before.”

The swift progress of the trans medical care ban through the Alabama legislature has caused anxiety for families like theirs.

“Throughout the last few weeks,” Dr. Ladinsky says, “almost every clinic visit [has] ended with either a parent or a child choking back tears, saying, ‘Where do you think those bills are going? Is it really gonna happen?'”

The Alabama legislation is called the Vulnerable Child Compassion and Protection Act.

It passed overwhelmingly in the state Senate, by a vote of 23-4, and could go before the full House as early as this week.

At a House health committee hearing this month, lawmakers heard an impassioned plea from Sgt. David Fuller with the Gadsden, Ala., police department, who is father to a transgender girl.

“The health care she got [at the UAB gender health clinic] was vital to her staying alive,” he told the committee. “If you take this health care out, my kid’s dead.”

Those testifying in favor of the bill included retired Alabama pediatrician Bill Whitaker, who claimed, “The truth is that there are only two sexes based on biology, female and male, that it’s impossible to change one’s sex.”

The bill’s sponsor, state Sen. Shay Shelnutt (R-Trussville), has defended his legislation this way: “The bottom line is, we have a responsibility to protect Alabama’s children. Minors are not mentally capable to make a decision of this caliber.”

Those who treat transgender youth say remarks like these are not just factually wrong; they also stigmatize an already marginalized and vulnerable population.

The academy warned that the bills “[threaten] the health and well-being of transgender youth,” and concluded, “Politics has no place here.”

For Dr. Ladinsky, the spread of anti-trans medical care legislation around the country is deeply disturbing. “There is a lot of viscerally repugnant language in those bills that really evoke pain and evoke fear and couldn’t be farther from the truth,” she says.

She points out that in their Birmingham clinic, no minor child is making the decision for treatment on their own. There is a detailed informed-consent process, and the child, their parents and the entire medical team all have to agree on a treatment plan.

But if the Alabama bill becomes law, she and her medical team could be charged with class C felonies for prescribing puberty blockers or hormones.

That means they could face up to 10 years in prison.

“As a doctor and a parent, the idea of this precedent scares the living crap outta me,” Ladinsky says.

Bills like the medical care ban, she says, would “extend the reach or overreach of a state legislature. … into the domain of parenting, and into the intrinsically sacred space of medical decision-making between a parent, child and the physician.”

Earlier this month, the bill’s Senate sponsor, Shay Shelnutt, acknowledged that he has never spoken to a transgender youth.

That admission boggles the mind of Hall’s mom, Carla Saunée.

“I would ask him just to spend the day with us,” she offers. “Let’s have a conversation. It doesn’t even have to be us! Find you a transgender youth and be around them, and experience who they are. You can’t write a bill when you have zero experience with the transgender population.”

There’s another part of the Alabama legislation that infuriates Saunée, who teaches marketing and business technology at a public high school in Mobile.

It’s a section that would force school staff to out transgender children to their parents.

“I think it would be dangerous,” Saunée says, for students whose families would reject their gender identity.

“If a kid comes to me and asks me to call them by their pronouns and their name, I’m not going to deny them that,” Saunée says, “because they deserve to be comfortable in an environment that is meant for them to be safe in. … Who are you to tell me as an educator that I have to go break trust with a student, to out them to their parents, when that is not my place, at all?”

LGBTQ advocacy groups are gearing up for immediate court challenges if any of the medical care bans bubbling up around the country become law.

For Hall, Alabama’s legislation would deny something essential: the person he knows himself to be. And, he says, the notion that he’s a “gender-confused child” who’s just “going through a phase” causes real pain.

“It’s wrong,” he says. “It’s really messed up. And it hurts people. When people who know who they are can’t access the things they need to make themselves feel better, it’s awful.”

" he told the committee. "If you take this health care out my kid's dead." The health care she got [at the UAB gender health clinic] was vital to her staying alive