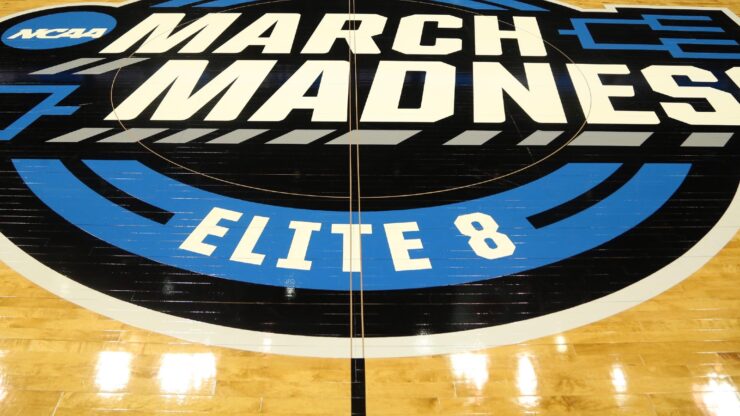 In a dusty lot outside a wholesale market in western India, farmer Ambadas Sanap leans on the lip of his flatbed truck, surrounded by crates of green peppers and tomatoes. If he could get away from all this for just one day, he says, he’d travel to the capital to protest.

He wants his voice to be heard.

But Sanap, 44, cannot afford to take time off from laboring in his fields or hawking his produce at this sprawling government-run wholesale yard. He’s got nine family members to feed.

He just sold a full crate of tomatoes for 40 rupees (about $.55 USD). The most he’ll gross in a month is the equivalent of about $300. After expenses, he’s lucky to break even.

Sanap is one of the approximately 800 million Indians whose primary source of livelihood is agriculture. Tens of thousands of them have amassed in New Delhi for more than three months, protesting moves by the Indian government to deregulate wholesale trading. They see those technical changes as a betrayal of traditional government support that over decades helped India end widespread famine and helped many farmers survive.

Millions more, like Sanap, watch from afar with admiration but even more anxiety, that their local concerns may be lost in a movement dominated by northern Indian grain growers and championed by activists from abroad. The protests have devolved into political bickering over Prime Minister Narendra Modi’s leadership, overshadowing the original debate over how to improve the way Indian crops are bought and sold.

The government hasn’t helped: It’s ordered Twitter to suspend accounts that tweeted support for the farmers or criticism of its treatment of them. It arrested a young climate activist on suspicion of sedition for allegedly sharing tips on how to drum up support for the protests online. Its authoritarian tactics have grabbed headlines, burying the agriculture debate even further.

Altogether, Indian farmers have spurred the biggest challenge yet to Modi’s rule. They are a powerful constituency the prime minister cannot afford to alienate.

Yet the farmers are not a monolith, as Sanap’s case shows.

Tomato and bell pepper farmer Ambadas Sanap (white shirt) says he’s never had the kind of government support enjoyed by northern Indians protesting in New Delhi. Above, he stands with farmers in the western Indian town of Nashik, waiting for auctions to begin at a wholesale vegetable market where traders bid for baskets of green bell pepper and bales of cauliflower.
Lauren Frayer/NPR
“I feel detached from those protesters on TV. They’re the rich farmers from the north,” says Sanap, who wears a crisp white shirt on market day, a plaid bandana around his neck and a red mark of Hindu devotion on his forehead. “We’re working in our fields all day and not getting what we deserve. I want minimum prices for my vegetables too.”

In the 1960s, India introduced a system of agricultural subsidies. The government paid for some pesticides and irrigation. That assistance helped Indian farmers boost their crop yields, eventually making India self-sufficient in food. It was called the Green Revolution, and farmers were the heroes at the center of it.

Since then, while the rest of India has modernized, Indian agriculture has stagnated. Subsidies and rising land prices have allowed a small group of farmers to prosper, but a majority remain poor like Sanap. There’s even been an epidemic of farmer suicides in rural India.

Seeking to help them, Modi’s government in September passed three new agriculture laws: The Farmers Agreement on Price Assurance and Farm Services Act, The Farmers’ Produce Trade & Commerce Act, and The Essential Commodities Act. The preamble to the first law says it aims to “protect and empower” farmers to engage with wholesalers, exporters and retailers in a “fair and transparent manner.”

These three laws allow farmers and traders to do business outside of government-run wholesale markets that have dominated agriculture since the Green Revolution. The laws also allow them to do business online at prices guaranteed by the government. They say farmers must be paid within three days of selling their crops and cannot have their land confiscated by any buyer or corporation – a protection to allay farmers’ fears of losing what is often ancestral property. The laws also establish conciliation boards to mediate trade disputes.

But many farmers don’t trust the government. Street protests erupted in November. The demonstrators see the new laws as the first step toward dismantling all the support given to farmers during the Green Revolution.

A big part of that support is the government guarantee of Minimum Support Prices, or MSPs, for 22 staples it considers essential to Indians’ nutrition and the agricultural economy. The list includes rice and wheat but not the tomatoes and peppers Sanap grows. A majority of Indian farmers grow crops that are not on that list – and have never enjoyed those price guarantees.

Farmers in Sanap’s home state of Maharashtra also don’t get electricity subsidies to run well pumps and irrigation systems as do farmers in some other states. (Until Modi, almost all agriculture has traditionally been regulated at the state level.)

“I don’t have enough electricity but even then, I work day and night,” Sanap says. The average Indian farm size is about 1.08 hectares, or 2.6 acres – about twice the size of a football field. These are not big commercial farms like in the American Midwest. And with climate change, mechanization and rampant development — not to mention the pandemic — Indian farmers are increasingly struggling.

“At our farm, proper water supplies are no longer there,” says Chetan Lodha, another farmer at the wholesale market. “The production cost of traditional farming is getting higher day by day, compared to the incomes of small farmers.” A new study published last month says the over-depletion of groundwater in India may threaten the food security of hundreds of millions of people.
https://247sports.com/college/indiana/board/iu-football-forum-103604/contents/2021-motogp-doha-gp-live-stream-online-free-240421-163525219/