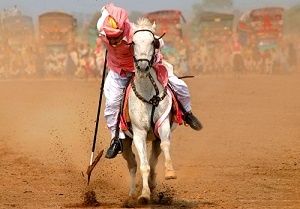 President Biden’s top advisers promise “long-needed systemic reforms” to address a backlog of more than 1 million asylum cases in the immigration court system, which often keeps people applying for asylum waiting years to resolve their cases. That could mean some big changes to how asylum cases are processed at the southern border.

The plan the Biden administration is considering to speed up the process would take some asylum cases from the southern border out of the hands of the overloaded immigration courts under the Department of Justice. Instead, it would handle them under the purview of the Department of Homeland Security, where asylum officers already process tens of thousands of cases a year, two people familiar with the discussions who were not authorized to speak about administration plans told NPR exclusively.

Those familiar with the discussions say one outcome of this plan could be to discourage unauthorized migration. That’s because currently those who can argue for a certain fear of persecution are able to gain temporary residence and often a work permit as they wait out their cases.

“The big flaw in the system right now is your family comes in, they’re going to process you, you may end up with an ankle bracelet and an asylum hearing in three years,” said a source familiar with the discussions. “And so it’s really hard to explain to the country that it’s not just an open door.”

“We will shorten from years to months the time it takes to adjudicate an asylum claim while ensuring procedural safeguards and enhancing access to counsel,” Mayorkas said in a statement.

There are currently about 530 judges in the immigration courts that handle a caseload that is now backed up to more than 1.2 million cases, according to the Justice Department. Meanwhile, the asylum office that could take on some of those cases under this plan has about 860 officers and a pending caseload of about 350,000, according to the Department of Homeland Security.

“So it’s a much more flexible system,” said Doris Meissner, a former commissioner of the Immigration and Naturalization Service during the Clinton administration.

The plan the Biden administration is considering is based largely on the one authored by Meissner, who is now a senior fellow at the Migration Policy Institute. Biden endorsed the plan when he was running for president.

Doris Meissner, seen in 2008, led the U.S. Immigration and Naturalization Service in the Clinton administration. She crafted a plan to more quickly process a large backlog of asylum cases that the Biden administration is considering as it deals with increased crossings at the southern border.
Tony Gutierrez/AP
Meissner says the majority of Central Americans who arrive at the border are not going to be eligible for asylum, but some percentage will be eligible.

“And so that means that they would be able to get the protection they need in a prompt fashion, get on with their lives,” Meissner said. “And then, of course, it’s the responsibility of the government to return those people who are not eligible unless that migrant wants to appeal.”

She says the administration could dramatically reduce the caseload by making a regulatory change to allow cases along the border to be handled by asylum officers in the Department of Homeland Security instead of the immigration courts.

Meissner and her colleagues say problems with the system were exacerbated by the Trump administration, which expanded controversial programs that fast-tracked the return of asylum-seekers at the southern border.

Currently, asylum officers for border cases are in charge of making credible fear decisions, but then refer the cases to immigration courts.

However, Meissner points out that asylum officers are already doing fuller reviews, including granting asylum for tens of thousands of people who already are in the United States.

This included grants of asylum to more than 3,200 applicants from Mexico, Guatemala, El Salvador and Honduras who were already in the U.S. when they applied.

Advocates say they welcome a more efficient system, provided changes are not used as a way to expedite removals as the Trump administration did.

Eleanor Acer of Human Rights First says there are a host of reasons to allow asylum officers to conduct the first set of interviews and reduce the numbers, but she says it’s important that applicants have a chance to appeal to the court before being removed.

“The massive backlog must be dealt with,” she said. “But the answer to that problem is not to deprive asylum-seekers of due process and a fair hearing, or to weaponize the asylum process to try to deter other people from seeking U.S. protection.”

The Biden administration has already ended two of the Trump administration’s programs, the Prompt Asylum Case Review and the Humanitarian Asylum Review Program, that were designed to quickly return Mexican and Central American asylum-seekers suspected of having invalid claims.

But an administration official said last week they are now working on a number of policies and regulations to create “a better functioning asylum system.”

That includes establishing refugee processing in the region and strengthening other countries’ asylum systems.

Biden also resurrected the Central American Minors program that reunited children with parents who are in the United States legally.
https://247sports.com/high-school/mississippi/board/football-102607/contents/detroit-tigers-vs-cleveland-indians-live-stream-free-010421-163471898/

Nelson urged the jurors to focus on applying reason and common sense to the evidence they’re presented with. Tha