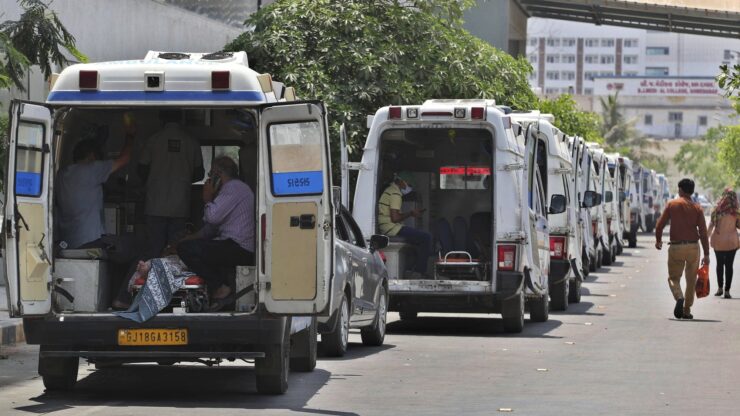 According to Campbell, more than 25,000 Australians served in Afghanistan

KABUL, Afghanistan — When it started, the boy had been dozing on a mat in a room crammed with family visiting for a wedding. When it ended, his uncle and five other relatives, including small children, were dead.

Ras-Mohammad Dost recounts what happened late that night in February 2009 when Australian elite forces approached his family’s compound in Surkh Murghab in southern Afghanistan’s Uruzgan province. Dost estimates he’s now 22 years old, which would have made him about 10 at the time.

He heard the military vehicles rumbling as they approached. And then, “I remember them screaming,” he says of the troops outside. “I remember the dogs barking. I remember when they hit the door.”

His uncle Morlah, also known as Amrullah (many Afghans traditionally don’t use a last name), thought the family was under attack but didn’t know by whom, Dost says. So he grabbed a gun and started shooting at the forces — which led to a brutal retaliation. Soldiers threw two grenades into the house. Morlah was killed, alongside his sister, who was about 18 years old, his son, about 8, his 2-year-old daughter, and two of Morlah’s nephews, who Dost guesses were around 7 and 8.

The violent incident garnered media attention in Australia, a country that has sent thousands of troops to the U.S.-led war in Afghanistan. The Australian military confirmed there were civilian casualties and initially sought charges against commandos involved but eventually dropped them, never saying why.

It is one of dozens of incidents in which Australian forces are accused of killing civilians in Afghanistan. Now, urged by advocacy groups, Afghan victims’ relatives like Dost are coming forward to tell their stories in hopes of seeking justice as the Australian government launches investigations into troops’ suspected unlawful killings of Afghans. This also comes as international forces prepare to withdraw after two decades in Afghanistan.

The investigations follow the release in November of a military inquiry report, which found “credible information” of potential “war crimes” committed by Australian troops, alleging they unlawfully killed 39 Afghan prisoners and civilians between 2005 and 2016.

Prepared by Australian Defence Force Inspector-General Paul Brereton after a four-year inquiry, the report describes a “warrior culture” embraced by some of the force. It alleges patrol commanders required junior soldiers to shoot a prisoner to achieve a first kill, and that troops planted weapons on slain Afghan civilians. It recommends criminal investigations into 23 incidents involving 19 individuals.

Chief of the Australian Defence Force Gen. Angus Campbell delivers the findings from the military’s Afghanistan inquiry on Nov. 19, 2020, in Canberra, Australia. The landmark report has shed light on alleged war crimes by Australian troops serving in Afghanistan.
Mick Tsikas/Getty Images
“It’s alleged that some patrols took the law into their own hands: rules were broken, stories concocted, lies told, prisoners killed, and once that rule was broken, so too was further restraint,” he said.

Australian Prime Minister Scott Morrison said the country’s forces will withdraw by September. That followed a decision announced by President Biden to pull out troops by Sept. 11 — the 20th anniversary of the al-Qaida attacks in the U.S. that prompted the American invasion of Afghanistan.

The United Nations estimates more than 100,000 Afghan civilians have been killed in the war, by the Taliban and other insurgents as well as by Afghan and international coalition forces, a death toll that has spiked again this year. Australian forces killed at least 89 Afghan civilians and combatants between 2003 and 2013, according to a parliamentary compilation of news reports.

WORLD
2007 NPR Archive: NATO Strikes Claim Civilian Casualties In Afghanistan
As long as “the foreign troops are present in Afghanistan, it’s much more possible to put pressure on them,” says Fereshta Abbasi, an Afghan human rights lawyer. But once they leave, she says, “they’re trying to forget Afghanistan.”

“We are not insurgents”

Earlier this year, Dost provided a witness statement to the Afghanistan Independent Human Rights Commission. So did his aunt, Morlah’s widow.

The family doesn’t understand why they were attacked, he says. “We are not insurgents. We are only farmers,” Dost tells NPR.

An Australian sergeant searches a village in Uruzgan province, Afghanistan.
Angela Wylie/Fairfax Media via Getty Images
According to the military, the fighting broke out while troops were pursuing a suspected Taliban fighter. “During the conduct of this operation, there was an exchange of fire between our forces and the Taliban. Tragically, a number of people were killed and wounded during this incident,” Lt. Gen. Mark Evans, then-ADF chief of joint operations, told reporters on Feb. 13, 2009, one day after the attack. “Current reporting indicates that those killed include a suspected insurgent and sadly, local nationals, including five children killed and two children and two adults injured.”

The director of military prosecutions at the time, Brig. Lyn McDade, sought to bring charges, including manslaughter, against two men over the deaths of the five civilians.

“They chose to deploy grenades, an indiscriminate weapons system, into a very confined space, when they ought to have known, and during the attack knew for certain, that women and children were present,” she wrote in memorandum to then-Defence Minister Stephen Smith, dated Sept. 23, 2011, according to Australia’s public broadcaster, ABC. She reportedly wrote that the commandos told an inquiry officer “they could hear the women and children screaming from inside the room.”

But the prosecutor ultimately dropped the charges, saying new evidence had come to light; the Australian military never made clear what that evidence was.

One of the commandos whose charges were dropped, a lance corporal, broke his silence about the incident in an interview with ABC in 2016.

According to his account, his Australian unit was traveling with Afghan National Army members. When they approached a compound, an armed Afghan man started shooting at them.

The lance corporal threw one grenade, on his sergeant’s order, and then another. He said he was “horrified” to soon find out there were children inside. “When you realize you’ve killed children, devastating doesn’t even begin to describe it,” he said.

Although officials have previously dismissed this and other cases, some experts believe Afghans can expect their cases could now be reexamined as Australia investigates suspected crimes by its forces.

“The Afghanistan inquiry identified that there were serious problems with the military’s investigations,” says Rawan Arraf, the director of the Australian Centre for International Justice, a nonprofit legal advocacy group that is closely following the work of the special investigator.

The government appointed Mark Weinberg in December as special investigator to examine the inquiry report findings. The report was heavily redacted and NPR could not verify which cases it recommended for investigation.

Weinberg declined to comment for this story. His office said in a statement he will “address the potential criminal matters raised in the Afghanistan inquiry report,” and work with Australian police “to investigate any new allegations of criminal offenses under Australian law by members of the Australian Defence Force in Afghanistan from 2005 to 2016.”

Other Afghan victims’ relatives describe a later incident in Uruzgan province that could be included in the investigation.

In 2012, military helicopters landed in the village of Sarkhume, where Haji Sardar, about 65-year-old, was making a mud-brick wall. “His hands and feet were in the mud,” says his brother, Haji Abdul Jalil. “The choppers came and these people came out, and they shot him.”

Haji Abdul Jalil says a soldier hoisted his brother over his shoulders and carried him through the village, dumping him near the local mosque. There, he believes, they killed Haji Sardar.

Years before, Haji Sardar’s son told Australia’s public broadcaster that when they retrieved his body, “big fat boot marks were over his heart.” The Age newspaper reported that an Australian Special Air Service Regiment medic named Dusty Miller, who had treated Haji Sardar, said the Afghan man was taken by another Australian colleague and executed.

Military whistleblowers like Miller are likely to form the backbone of the Australian investigation because many Afghan witnesses live in Taliban-held territory and cannot be easily reached. But advocates like Abbasi say victims should be at the center of any investigation.

A convoy of Australian soldiers on the route between Tarin Kot and Musazai in Uruzgan provence.
Angela Wylie/Fairfax Media via Getty Images
Setting an example

Australia’s investigation could be a model for other countries that have fought in Afghanistan, according to former international war crimes investigator Graham Blewitt.

“Australia doing this is a fantastic example,” Blewitt says. “But if we screw it up, what signal does that send? It just adds to the impunity that currently exists.”

The U.S. has the largest foreign presence in Afghanistan,which peaked at 100,000 in 2011. The Pentagon says it has 2,500 troops still there, although there are news reports the number could be higher. The U.S. has faced multiple allegations of war crimes.

Former President Donald Trump pardoned two Army officers in 2019: One was set to stand trial in the killing of a suspected Afghan bomb-maker; the other was convicted of murder.

The ICC hasn’t begun its investigation partly because the Afghan government keeps requesting delays, apparently unwilling to have its closest ally — the U.S. — investigated, according to independent researchers.

“Once they do field research, there is a high chance they can find evidence on other countries,” says Ehsan Qaane, a legal and political affairs researcher for the Afghanistan Analysts Network, a Kabul-based think tank.

Countries could potentially preempt ICC investigations by initiating their own, says human rights lawyer Abbasi. “This investigation could open the doors,” she says of Australia’s efforts. “This case will definitely put the pressure on other countries.”

For now, Hajji Abdul Jawad hopes he’ll have a day in court. He wants to know why his brother, Hajji Sardar, was killed. He wants to see the perpetrators punished.

“The things they did here, a human being can never think of doing stuff like that,” he says. “We want this to go to a court of law.”

Oscars 2021 Live Updates: What to Expect and Red Carpet

Oscars 2021 LIVE updates: who should win and what to expect from today’s red carpet

Oscars 2021: When and where to watch the 93rd Academy Awards

Oscars 2021 Live Stream: How To Watch the 93rd Academy Awards Without Cable

How to watch Oscars 2021 live: Channel, streaming and time

Oscars 2021: Live from the red carpet at 93rd Academy Awards

Oscars 2021: Live Updates and Winners from the 93rd Academy Awards

000 Australians served in Afghanistan According to Campbell more than 25