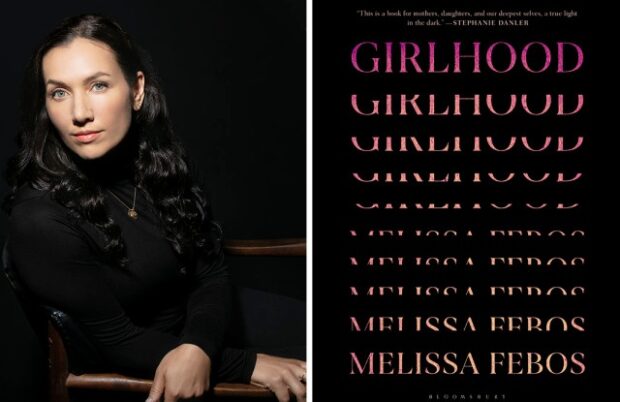 Home » The oldest son of the late King Hussein and his favourite wife Queen Noor, Prince Hamzah is a graduate of the UK’s Harrow
News

The oldest son of the late King Hussein and his favourite wife Queen Noor, Prince Hamzah is a graduate of the UK’s Harrow

Prince Hamzah bin Hussein, 41, said he had been placed under house arrest on Saturday in videos given to the BBC.

He was accused of plotting with “foreign entities” to destabilise the kingdom.

The former heir to the throne denies conspiracy, but he has accused Jordan’s leaders of corruption and incompetence.

Prince Hamzah was first in line to succeed his half-brother, King Abdullah, as Jordan’s head of state until 2004, when he was removed as crown prince. King Abdullah designated his son as heir instead.

In another development, Israeli businessman Roy Shaposhnik, who says he is a personal friend of Prince Hamzah, confirmed he had offered to fly the prince’s wife and family to Europe to stay at his house.

He issued a statement after Jordanian Deputy Prime Minister Ayman al-Safadi said such an offer had been made by a man with links to an unnamed foreign security service.

Mr Shaposhnik has reportedly denied ever being a member of Israel’s intelligence agency.

What does the prince say?
On Sunday, Jordan’s opposition released a recording in which a defiant Prince Hamzah said he would not obey orders from the authorities.

“I don’t want to make moves and escalate now,” he said in the audio recording posted on Twitter.

“But I’m not going to obey when they say you can’t go out, you can’t tweet, you can’t communicate with people [and] you’re only allowed to see your family.”

“I think it’s a bit unacceptable,” he added.

The public rift between Prince Hamzah and King Abdullah is unprecedented. Tensions within the royal household, however, have reportedly been present for some time.

Prince Hamzah’s message in full
Jordan is a constitutional monarchy, but the royals play a major role in public life and King Abdullah has extensive powers. He can appoint governments, approve legislation and dissolve parliament.

The country is also a key Western ally, and reports of Prince Hamzah’s detention raised fears that the wider region could be destabilised. However, regional powers and Western allies, including the US and UK, have all voiced support for the king.

Analysis box by Lyse Doucet, chief international correspondent
In many a sitting room and in open spaces of Jordan, there has long been chatter about tensions within the royal family and hushed conversations about alleged corruption and misrule. But there has also been relief that Jordan remained a relative rock of stability in a terribly rickety region.

In the past, King Abdullah has dealt with discontent by changing government ministers. But in what is now one of his greatest challenges, he cannot change his family.

Jordanians are expressing shock to see a long-standing fault line crack wide open. And it has clearly rattled neighbours and allies, including other Arab monarchies who have rushed to back the King, and his Kingdom’s stability.

The government says the monarch is trying to resolve this, in Hashemite tradition, within the family. But his younger half-brother seems to have decided to break with tradition.

Sources say family members are now trying to mediate to find a way out of this crisis. There are still crucial questions – over this alleged plot designed with foreign entities, and over the extent of Prince Hamzah’s ambitions.

2px presentational grey line
What are the accusations?
On Saturday, Prince Hamzah released two videos to the BBC in which he claimed he had been placed under house arrest.

In the video, Prince Hamzah said a senior official had told him he was not allowed to go out or communicate with people because of criticisms of the government or king voiced at meetings where he had been present.

The apparent arrest is thought to have followed a visit by the prince to tribal leaders, where he is said to have garnered some support.

“I am not responsible for the lack of faith people have in their institutions,” Prince Hamzah said in one of the videos given to the BBC.

He accused the prince of seeking to mobilise “clan leaders” against the government, adding that the plot had been “nipped in the bud” at the “zero hour”.

Mr Safadi said officials had tried to discourage the prince rather than take legal action against him, but Prince Hamzah had “dealt with this request negatively”.

He added that at least 16 people, including a former adviser to King Abdullah and another member of the royal family, had been arrested over the plot to “undermine the security” of the country.

But no members of the armed forces were said to be among those detained.

High-level political arrests are rare in Jordan. The country’s powerful intelligence agency, however, has gained extra powers since the pandemic began which has drawn criticism from rights groups.

Why did the Israeli businessman get involved?
According to a statement carried by the Israeli privately owned website Walla, Roy Shaposhnik said he had proposed sending a private jet to take the prince’s wife and children to Europe where he himself lives.

“Over the weekend, Prince Hamzah told Roy about what is happening in Jordan and Mr Shaposhnik proposed to him to send his wife and children to stay at his house,” the statement said.

“Mr Shaposhnik does not have any knowledge of the events that took place in Jordan or of the people involved. The proposal he gave Prince Hamzah was done on the basis of personal friendship between families and out of a wish to help the princess and their children at this difficult moment.”

The businessman was quoted by a Walla correspondent as saying he had never been a member of Israel’s Mossad intelligence service.

1 \ BREAKING: Israeli national Roy Shaposhnik who Jordan claims was involved in the alleged coup tells me in a statement he was never a Mossad officier but confirms (!!!) he proposed assitance to Prince Hamzaand his family as part of their personal relationship

— Barak Ravid (@BarakRavid) April 4, 2021
The BBC is not responsible for the content of external sites.
View original tweet on Twitter
Short presentational transparent line
This followed a Jordanian media report accusing Mr Shaposhnik of being a former Mossad official.

Who is Prince Hamzah?
The oldest son of the late King Hussein and his favourite wife Queen Noor, Prince Hamzah is a graduate of the UK’s Harrow School and the Royal Military Academy at Sandhurst. He also attended Harvard University in the US and has served in the Jordanian armed forces.

Jordan’s King Abdullah II, his wife Queen Rania, Queen Noor, mother of the groom, Crown Prince Hamzah, the groom, his bride Princess Noor, Sherif Asem bin-Nayef and his ex-wife Firouzeh Vokhshouri, parents of the bride, attend the royal wedding on May 27, 2004 in Amman, Jordan
IMAGE COPYRIGHTGETTY IMAGES
image captionKing Abdullah and his wife Queen Rania (pictured far right) attend the wedding ceremony of Prince Hamzah and his first wife Princess Noor (left) alongside Hamzah’s mother Queen Noor (centre) in 2004
He was named crown prince of Jordan in 1999 and was a favourite of King Hussein, who often described him in public as the “delight of my eye”.

However, he was seen as too young and inexperienced to be named successor at the time of King Hussein’s death.

Instead his older half-brother, Abdullah, ascended the throne and stripped Hamzah of the title of crown prince in 2004, giving it to his own son.

The move was seen as a blow to Queen Noor, who had hoped to see her eldest son become king.