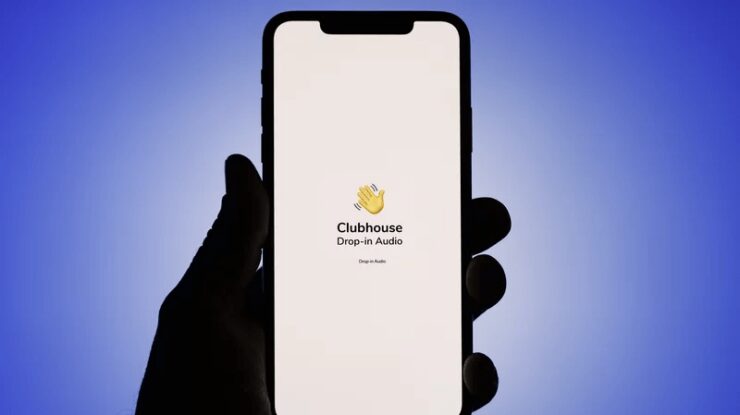 Conversations about sensitive issues on social media often become full-blown arguments. But this week, with violence raging between Israel and the Palestinians, a group of people gathered on Clubhouse, a social audio networking app, for a marathon conversation on the subject. The room, titled Meet Palestinians and Israelis, started as a private chat between friends that turned into a six-day conversation with at times up to 159,000 listeners.

“I started a private chat with friends and we were speaking about recent news,” says Moshe Markovich, the Mexico-based moderator of Balance, a Clubhouse room that focuses on good conversation, which has been hosting the talk.

“We started to talk about the Gaza Strip conflict and more friends began to join our room,” he says. “We decided to open this up to the public and make it an open conversation.”

Haitham El Khatib, a Palestinian living in British Columbia, found the room randomly after joining Clubhouse. At first he says he found the discussion welcoming, but after speaking he wished for more from the conversation. “People were asking for solutions, which is great, but they were not acknowledging the actual situation,” Khatib says. “I believe the conversation needs to be ongoing and not moving around to different topics.”

Minneapolis police are investigating after two people died and eight others were injured in a downtown Minneapolis shooting early Saturday morning.

Just before 2 a.m. Saturday, police say two people standing in a crowd outside a nightclub on the 300 block of 1st Avenue North in downtown Minneapolis began to argue. They pulled out guns and began to shoot.

Officers found several people laying on the ground with gunshot wounds. They found two people at the scene, dead. Ten people had been shot total.

The preliminary investigation shows that all who were shot were adults. Five were men, and five were women, though the two who died were both men. Another man is in critical condition and seven others have non-life threatening injuries.

“As we start pulling more and more video from downtown from the city cameras, from the pole cameras that are out, we’ll be able to identify who the shooters are,” said John Elder, Director of the Office of Police Information.

He added that seven homicide investigators have been called to work on the case and asked people to stay out of the downtown area.

It was a violent night in the city, as a separate shooting in North Minneapolis left another person dead.

The incident happened at about 8:40 p.m. near 26th and Logan Avenue North. The original call was for a vehicle crash.

Police say responding officers found a man suffering from multiple gunshot wounds in the vehicle. He was taken to North Memorial Medical Center in critical condition, but died shortly thereafter.

A woman at the scene was suffering from a medical issue not related to gun violence. She had been the driver of the car.

Another man covered in blood reportedly drove himself to North Memorial. No one is currently in custody.

“Last night again brought tragic news. Again, our collective conscience is shocked. Lives have been lost on our Northside and downtown. And we are left to process the reality that bullets have struck innocent bystanders, people welcoming the warm weather and celebrating being together again,” said Minneapolis Mayor Jacob Frey.

“We can stem crime in our city, but it will take all of us coming together with a renewed commitment to preventative work and a shared resolve to stop the gun violence and bring the perpetrators to justice,” he added. Frey went on to say that he supported giving both Minneapolis Police Chief Medaria Arradondo and Office of Violence Prevention Director Sasha Cotton the resources they need to help solve the issue of gun violence in the city.

Arradondo added that the “brazen senseless acts of gun violence must stop,” and that “Minneapolis police officers will continue to rush into harms way to save lives.” He asked community leaders and residents to speak up and denounce the violence as well.

“There is no excuse for the reckless, irresponsible and criminal behavior on display early this morning at the Warehouse District,” said Steve Cramer, President of the Minneapolis Downtown Council. “In particular, we look for determined, clear-eyed leadership from City Hall to put Minneapolis back on course as a City that engenders respectful behavior so all can thrive.”

The increase in gun violence has one Minneapolis city office calling it a public health crisis, working behind the scenes to try and stop it.

The Office of Violence Prevention was created in late 2018, funding programs that offer support to victims of violence, and programs aimed at stopping violence. One of the most visible ways is through “violence interrupters.”

T.O.U.C.H Outreach was part of a city pilot program which is about to expand, made up of community members who mediate conflicts and try to stop retaliation. The city says six teams of violence interrupters are in training currently and will be on the street next month.

Markovich says he’s “hosted rooms focused on many different topics, but didn’t realize how emotional I would get hearing these conversations. My views have totally shifted.”

“As someone who has lived in Israel in the past, who was taught one way about the other side, but now that has changed, it was a tough pill to swallow because these are human beings, we need to empathize with how someone else is feeling,” he says.

During this continued conversation the moderators asked the audience to blink their mics (turning them on and off) if their views or opinions had changed as they heard from many different voices. Many people did, signaling that the conversations were having an impact.

“It felt like the U.N., but of the people,” Markovich says. “The people discussing their views in the room were being transparent and it’s not easy to hear these thoughts. My hope is that somebody with authority can do something. We don’t need private conversations happening in backrooms. Why can’t we have open discussions on a platform like Clubhouse, where authority figures can come in and hear from the people and give us their perspectives?”

The moderators hope the conversation will continue for as long as it’s needed. Conversations in Clubhouse can last from one hour to a full day, but this one has been going on for six days. Moderators have been pulling long shifts, working throughout the night to make sure the conversation continues, only taking breaks to sleep and eat.

“I think as long as people are enjoying the conversation then it can continue for as long as we want it to,” says Amit Harris of Chicago, who was in the private room before it became an open discussion about the Gaza conflict.

Opinion: Remembering Lives Lost In The Israeli-Palestinian Conflict
SIMON SAYS
Opinion: Remembering Lives Lost In The Israeli-Palestinian Conflict
“Clubhouse conversations can go on for days, but become repetitive. At this point some stories are going to sound familiar, but each person’s story is unique and fascinating and that’s why I’m really enjoying this room,” Harris says. “There’s less talking at people and more talking with people. Everyone can share an experience or belief and it’s not debated. It’s just accepted as what that person has to say. We hope everyone that joins the room will contribute in a positive way and continue to share our experiences.”

People turning to social media platforms during times of unrest is nothing new. In 2011, during the Arab Spring, Twitter was the main platform used by protesters to spread messages and share updates.

“I remember in 2011, I was in my senior year of undergrad and I remember listening to updates regarding the Arab spring,” Harris says. “There was a feeling of hope as each of these different countries were having a moment. It felt like using a platform like Twitter we were going to see effect and change. It didn’t pan out as promising as it seemed. I’m hoping moving forward that social audio and platforms like Clubhouse have what it takes to effect some change in the future.”

Khatib calls it an “educational experience for everyone in the room” and says it’s “a good thing for those joining.”

The original plan for the room was to keep it open until the cease-fire between Israel and Hamas was announced, but so many participants were waiting their turn to speak that the moderators decided to keep it open.

“We had 50+ people still waiting to speak, some were waiting for two days and we just couldn’t get to everybody,” Markovich says. “As long as people want to share their stories and experience, we’ll keep the room open.”